Gun Victims and Immigrants Are People, Too.

You know about the recent, tragic massacres in Gilroy, El Paso, and Dayton.
And you probably know that many more Americans have been gunned down in the days since.
Just a few days ago, two people were killed while eating lunch in Newport News.

Most Americans responded to the tragedies with pain and disgust.
But they also responded with love, generosity, and a strengthened commitment to making America better.

I wish I didn't have to say this time and time again.
But we must do something about gun violence. 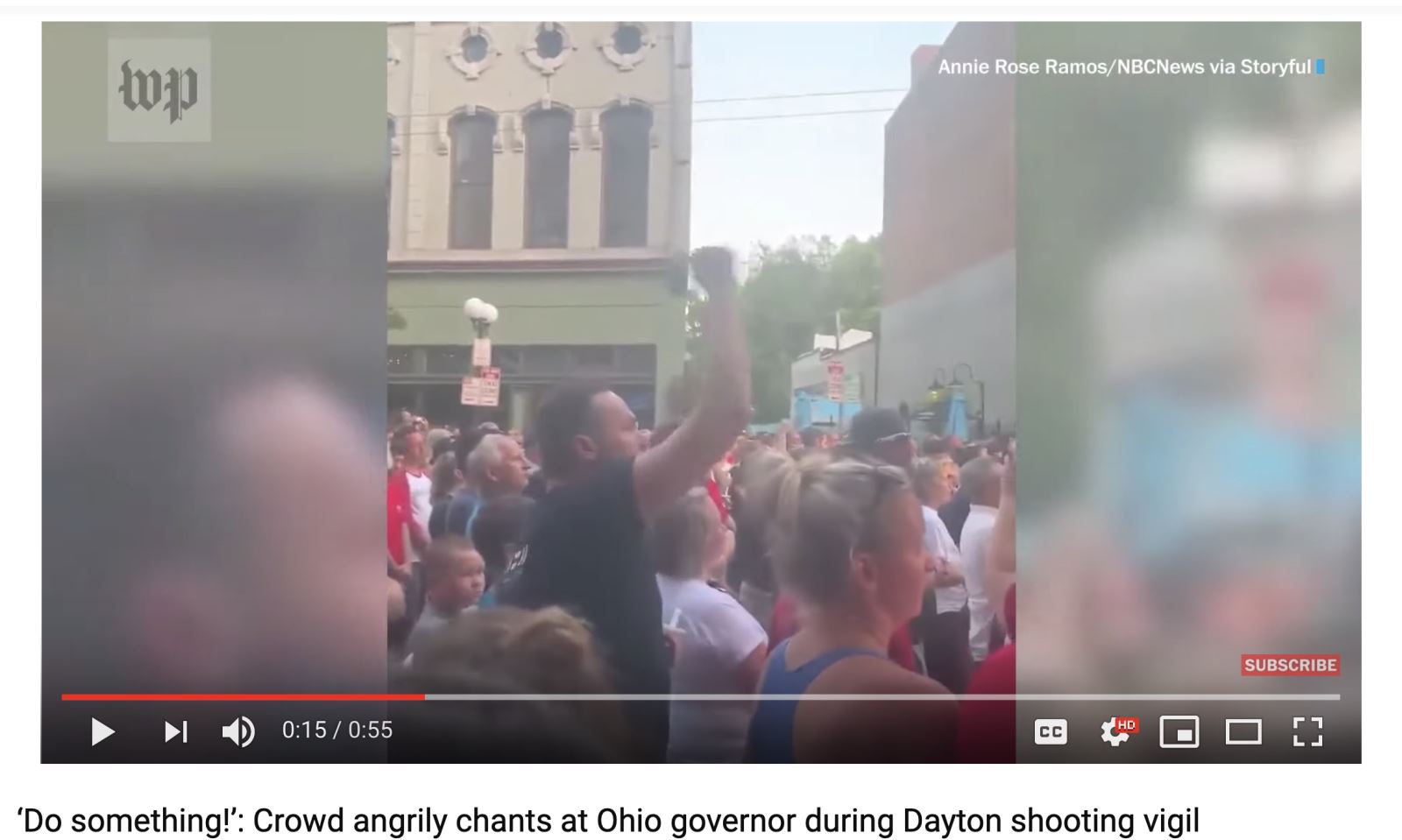 Republicans say, "We will do everything to tell you that we care."

But they emphatically will not do anything, under any circumstances, no matter how many more Americans are slaughtered, to reduce the mass murders by people wielding weapons of war. Every week, every day, every hour, and now every 15 minutes, an American is gunned down to their grave, about 100 dead every day. And gun injuries occur more than twice as often as gun deaths, one occurring on average about every 6 minutes, about 240(!) a day.

Even Donald Trump says he wants to take action to stop gun violence.

Trump now says he supports universal background checks. Trump is fine with banning bump stocks, which convert assault weapons into the functional equivalent of machine guns. And Trump has even suggested he would support red flag laws, which allow people to take away the firearms of people whom courts find to be threats to themselves or others, before​ they set off on a mass murder spree, before they go about executing the people on their hit lists.

They oppose background checks, even to terrorists, even online between strangers, even those found by a court to be so violently deranged that they are ordered to be taken off the street because they are threat to themselves or others. Virginia Republicans even oppose laws banning handing loaded guns to children aged four and younger.

Virginia Republicans think the insane and the terrorists should be able to legally buy as many weapons of war as often as they want, complete with unlimited caches of high-capacity magazines of ammunition (like the 100-bullet drum the Colorado theater-killer used). It's not just the assault weapon the Dayton shooter used, which killed 9 and injured 27 within 30 seconds that they want to keep legal in Virginia for any terrorist or threatening person to buy. Despite the federal ban on machine guns that has existed since the 1930's and the current executive order ban on bump stocks, Virginia Republicans believe the insane and terrorists should legally obtain the functional equivalent of machine guns, which make it far more easy to mow down innocents.

they have placed the decision on whether to reduce gun violence in your hands.

If you help Democrats take the majority in Virginia this November, we can reduce gun violence.
If you don't help, the massacres will continue with ever-greater frequency.

My Democratic colleagues in the General Assembly and I remain committed to fighting gun violence. On August 20th, I'll be down in Richmond to present my bill to ban military-style assault weapons, HB4021, to the State Crime Commission, which is taking public comment that day. I will be there despite the fact that the meeting is a work of political theater orchestrated by the NRA Virginia House Republicans, who are committed to keeping the gun industry's profits flowing, even if it means Americans' blood keeps flowing as well. I've battled internally with whether or not to go. I decided to testify, despite the farcical nature of the hearing. But I'm under no illusion that a single Virginia Republican will join our united Democratic caucus in our commitment to reduce gun violence.

Only you can reduce gun violence, by helping us elect representatives this November who want to do it.

It's not just gun violence Republicans want to do nothing about.

America is under attack by domestic terrorists... 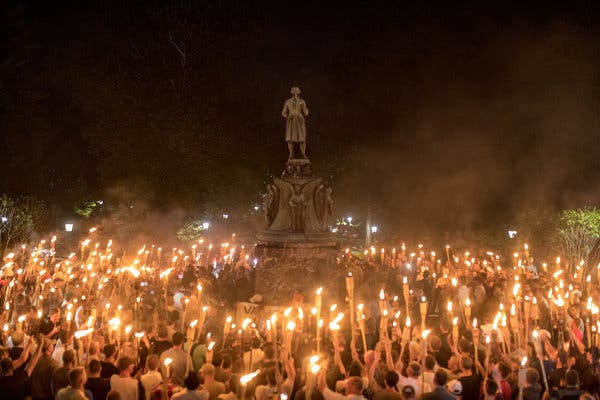 America is under attack by white supremacist terrorists, toxic men who hate women, and a Republican Party that not only refuses to stop them, but actively encourages, inspires, emboldens, and facilitates these hateful murderers' attacks that hit at the very core of who we are as a nation.

No, Tucker Carlson. White supremacy is not a hoax. It is a real problem.

No, Mr. President. There are not "very fine people on both sides."

No, Mr. President. The idea of shooting helpless immigrants is not funny.

Some will say the President and the Republicans are not to blame, despite the fact that the El Paso killer's manifesto echoed the racist screeds we hear every day from Trump and Fox & Friends.

But then, why are hate crimes are on the rise by 226% in the counties where Trump hosted campaign rallies?

If Republicans really want to stop hate crimes, why did they look the other way when the President expressly rebuffed attempts to make combating white-supremacist domestic terrorism a priority, even after radical white terror eclipsed radical Islamic terror in the USA?

Republicans responded by attacking the most vulnerable... 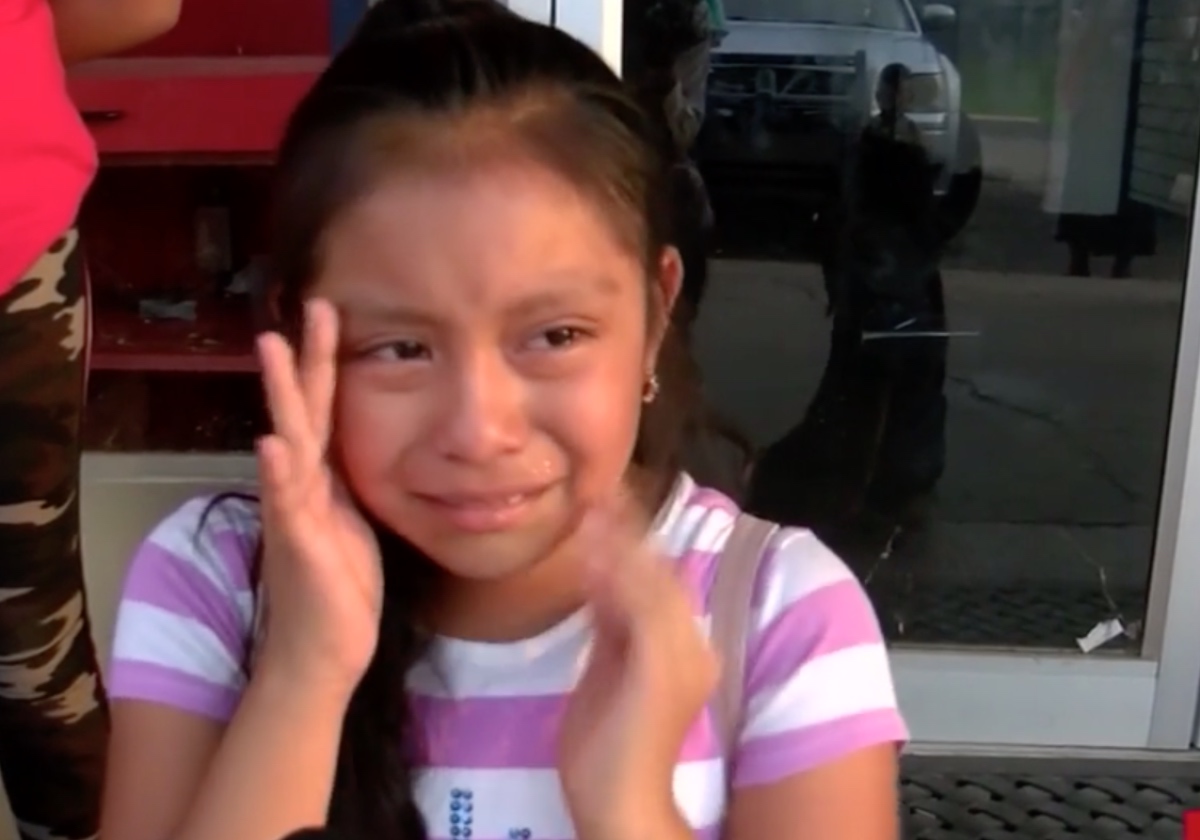 "I need my dad", pleads this 11-year-old on what would have been her first day of school in Mississippi.

It's not like the Republicans are doing nothing at all. They are taking action, the very action the white supremacists demand they take.

How did the Trump Administration respond to the El Paso shooter who sought to murder "Mexicans" in the name of stopping their "invasion", a lie repeatedly touted by Trump himself? By siccing a deportation force on 680 hardworking immigrants toiling in food processing plants in Mississippi on their kids' first day at school, in what amounts to the largest workplace round up of immigrants in our nation's history. As heartbroken immigrants whose loved ones had just been murdered returned to work in the days after the El Paso shooting and as communities around the country wondered if they were next to be attacked, the mass arrests in Mississippi left bewildered and scared children -- many of whom are American citizens (not that that actually mattered to the Administration) -- wondering if they'd ever see their parents and caretakers again.

As if to make the point any clearer that the Mississippi raid had nothing to do with the law and everything to do with terrorizing immigrants, not a single employer was arrested. This is consistent with analysis by the Transactional Records Access Clearinghouse (TRAC) at Syracuse University, which found that between April 2018 and March 2019, only 11 employers — individuals, not companies — were prosecuted for hiring immigrants without proper documentation. During that same period, 120,344 people were prosecuted for illegal entry or illegal reentry.

Just as we must be vigilant in fighting gun violence, white supremacist terrorism, and domestic and sexual violence, we must fight state violence like that exhibited in Mississippi.

But not in Alexandria...
Not on our watch.

The elected leaders of the City of Alexandria have made it clear that we will not take part in this state violence. Mayor Justin Wilson, on behalf of City Council, recently sent a letter to the US Department of Health and Human Services making clear that Alexandria refuses to play a role in providing a facility to house unaccompanied minors and children who've been ripped away from their parents. 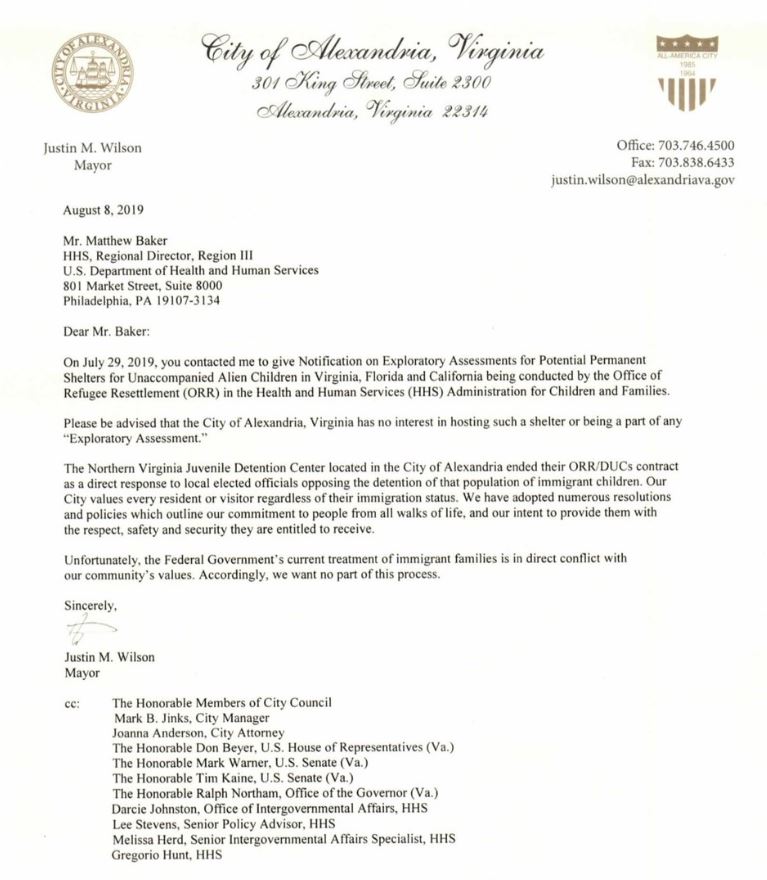 I know my Democratic colleagues in the General Assembly share this commitment.

If you're committed to all of the above as well,
I ask that you show your commitment too by contributing to the fight to flip the Virginia legislature this year.

Let's build a better Commonwealth together.

P.S. Alexandrians will gather in Chinquapin Park tonight in a vigil to remember Heather Heyer, murdered by a white-supremacist murder during the Charlottesville Riots. The vigil begins at 7:30 pm. Because of a prior commitment (to help the campaigns of Dan Helmer and Danica Roem), I will arrive early at 7:15 pm but have to leave around 7:30 pm. So please come early if you want to hear me share a few words tonight.