Arlington legislative delegation does well on Catholic scorecard
Inside Nova

Legislators: Following the Golden Rule can pay dividends in Richmond
Inside Nova

*at least in the House of Delegates 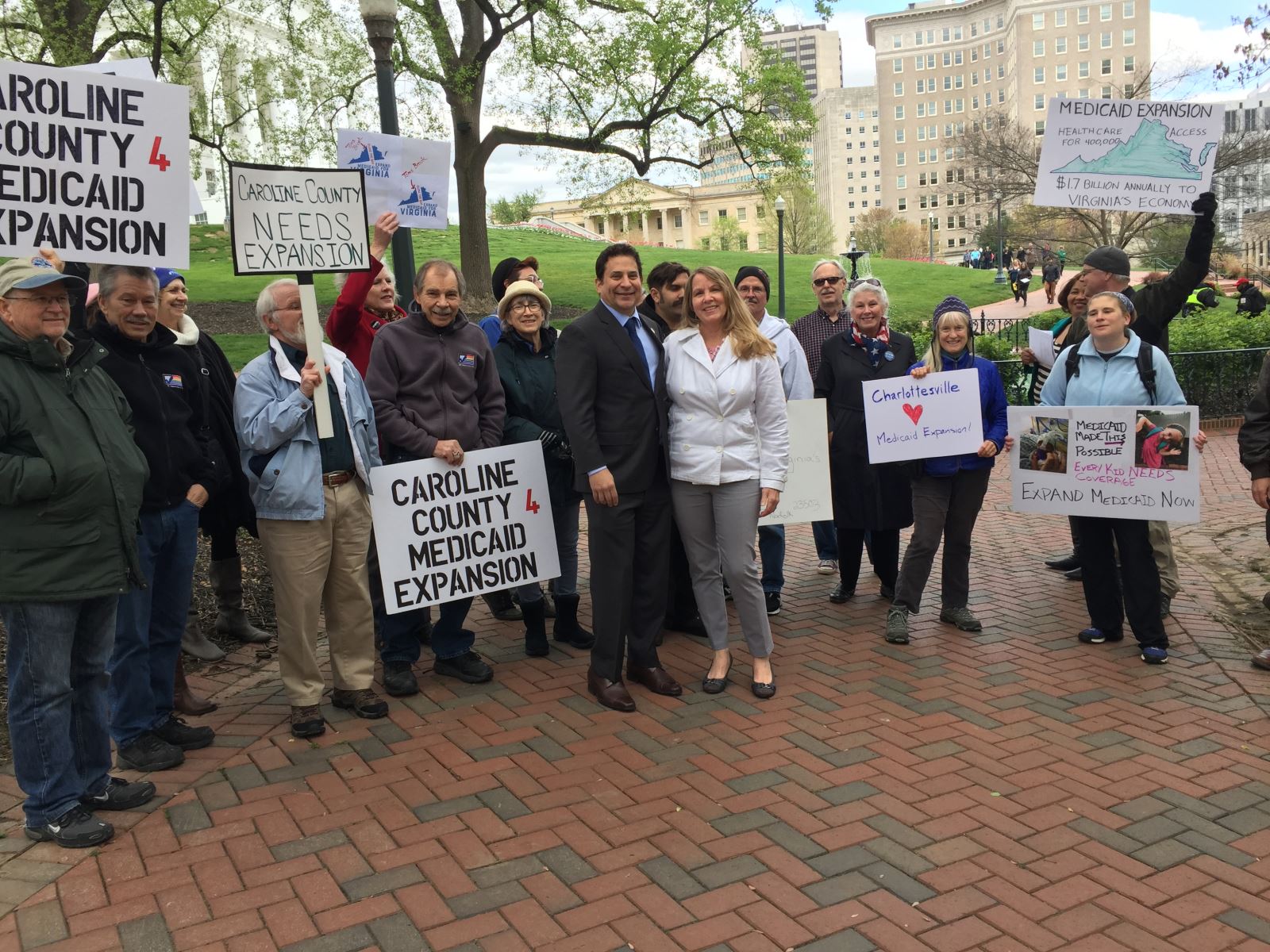 Del. Wendy Gooditis joined me, along with people from all across Virginia,
at the Rally for Medicaid Expansion that took place before the vote. 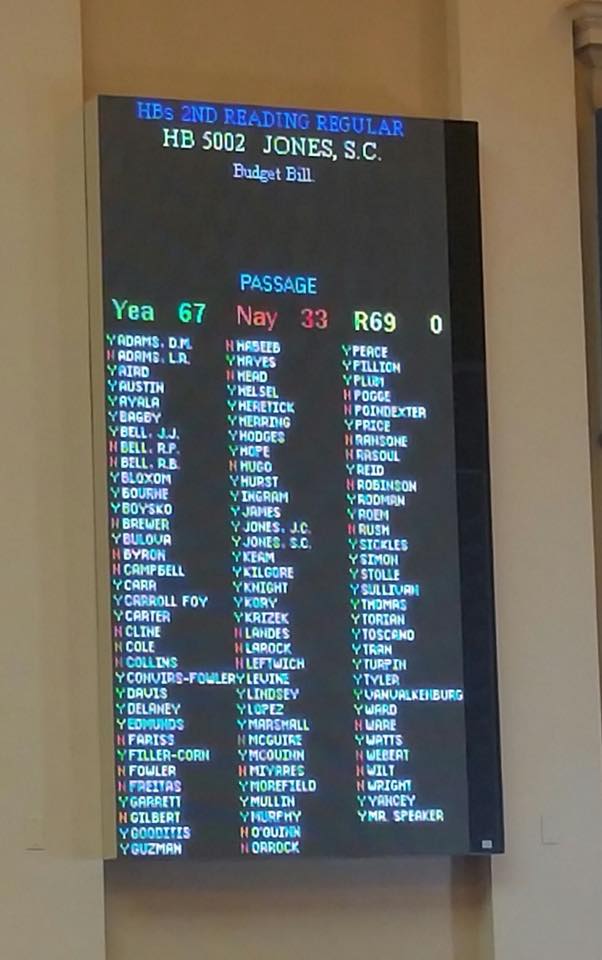 Last week, the House of Delegates again passed a budget that included Medicaid Expansion. I was proud to cast my vote one more time for bringing health care to 400,000 Virginians, returning $400 million in Virginians' federal tax dollars to Virginia, and pumping almost $2 billion into Virginia's economy.

The Commonwealth Institute for Fiscal Analysis has a lot of great information on Medicaid Expansion and the Budget, including how many individuals will gain coverage if this is passed, who falls into the gap, and charts of what the budget looks like in the Special Session.

I'm hopeful that this budget -- combined with the necessary action by the Virginia Senate -- will finally bring Medicaid Expansion to Virginia. We still have more work to do to get it through the Senate, but with some Republican Senators starting to waver, I remain optimistic. I expect to be called back to Richmond sometime in May after the Senate passes its version of the budget, although as of now, we don't know when that will be. I'll be sure to keep you updated when the House returns to move this forward. 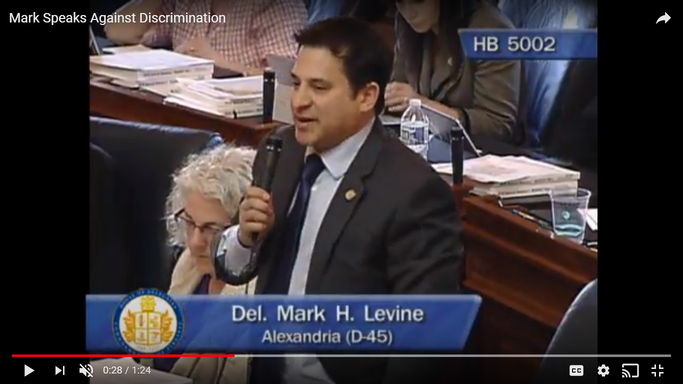 I introduced a floor amendment to the budget that would have prohibited discrimination in state employment on the basis of sexual orientation and gender identity. You would think that in 2018, this amendment would draw overwhelming support. But sadly, the House Republicans voted against my amendment and defeated it on a party-line vote.

If you watch the one-minute video above, you'll see the Republican Majority leader call a motion to "pass by (defeat)" my amendment a "procedural motion." "Procedural" is a new code word now used by Republican Leaders to tell their members, "You are not allowed to vote your conscience! No matter what your constituents want or what you personally believe in, you are required to vote as we order you to vote."

This is a new technique by the Republican Majority frequently used this year. Back when Republicans had a 66-34 majority in the chamber, the Republican Leadership would generally allow Republican Delegates to vote their conscience or the way their constituents demanded. On this same anti-discrimination amendment last year, for example, we got 5 or 6 Republicans to join all the Democrats in voting against bigotry.

You can watch the video above to see Republicans stand united to promote bigotry against Virginia's hard-working state employees. Not because every Republican Delegate wanted to promote bigotry, but because each knew that bigotry was a "core value" of their party, and they risked being kicked out of their party if they refused to promote it. This debate didn't take long, because this "procedural" ruse was practiced dozens of times throughout the session. Once the Republican Leadership said the magic word, their delegates fell in line like robots. It's striking to me that it didn't make the news. Did journalists not see it for what it was?

Let your neighbors across the Commonwealth know that when you vote for a Republican Delegate in Virginia, you are not choosing a man or woman with the freedom to exercise his or her independent judgment. It really doesn't matter which Republican you pick, actually, because you are voting for a robot who will mindlessly and uniformly promote solid Republican values like gun proliferation among dangerous people and promotion of bigotry against Virginia's rainbow (LGBT) and immigrant communities. Even on issues where they have some empathy and agree with us, they are not allowed to vote with us, Medicaid Expansion being the only notable exception to this "rule" and only because it was supported by the new Speaker.

That's why lobbying Republicans on these core values will never succeed. No matter what Republican Delegates individually think, they are simply not allowed to cast their votes in an independent manner. (And when they do, the Republican Leadership simply reconsiders the vote and forces them to follow their orders. On one noteworthy vote, they even forced a Republican delegate who was an avid hunter to embrace poaching!)

The only way to change Republican policies is to change their seats and elect Democrats. 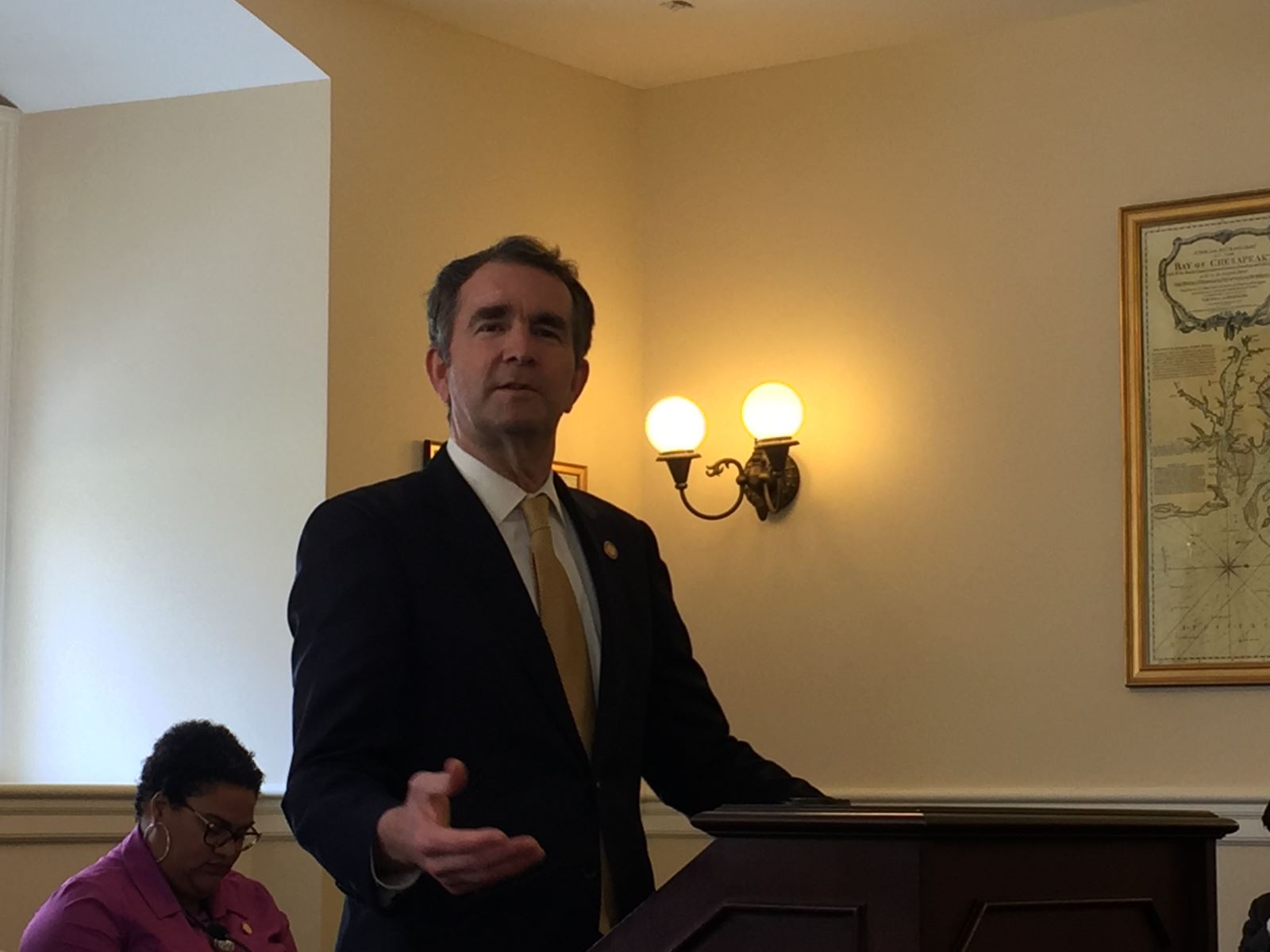 On Wednesday, we held the Reconvened Session to address the Governor's vetoes and amendments to bills. This year's session had less drama than in the past two years under Governor McAuliffe. With their reduced numbers in the House, the Republicans simply weren't able to pass nearly as many awful bills as in past years. (And as noted above, they had to use procedural tricks to get their members to march in lockstep to kill our good bills.)

As a result, the Governor only had to veto 10 bills, and all but one of those vetoes went uncontested, since they knew there were far too many Democrats in the House for them to have a chance for a 2/3 override. But we still had some important work to do. HB 1257 was a terrible sanctuary cities bill that would have made immigrants feel unsafe in their own communities. HB 1270 would have blocked Virginia from regulating carbon emissions. And as I described last week, HB 1204 would have forced Arlington County to cut property taxes for two country clubs within its boundaries. Other legislation would have hurt wages for working people and suppressed voting rights. Thanks to Governor Northam, none of these bills were passed, and we were able to easily sustain all of his vetoes.

There were a number of important bills that were greatly improved by the Governor's amendments, but probably the most important fight we had was over Metro funding. As you may recall, at the end of Session, we passed an important, but flawed, bill that would have provided $154 million in dedicated funding for the Metro but which took a big chunk of that money away from Northern Virginia's other transportation needs. Governor Northam amended that bill to provide new revenue for Metro and restore most of the transportation funding that was diverted. Although the Senate approved this amendment, Delegate Tim Hugo, one of the last remaining Republican Delegates in Northern Virginia after last year's wave, stood firm against it, and the rest of the House Republicans took his side to defeat it on a party-line vote.

That means that we'll see a lot less money for roads and multimodal options than we need until we can get this fixed. I'm encouraging the Governor to try again with one last budget amendment to get it done, but of course, that can again be defeated by the same party-line vote. Perhaps our only real hope is to elect a new batch of Democrats so we can properly fund all of our transportation needs in Northern Virginia.

Come let's discuss Medicaid Expansion or any other issue on your mind.

And if you miss April, there's always the next month. Every month, I make sure to be available in this informal setting for any constituent who wishes to discuss a problem or just say hello. 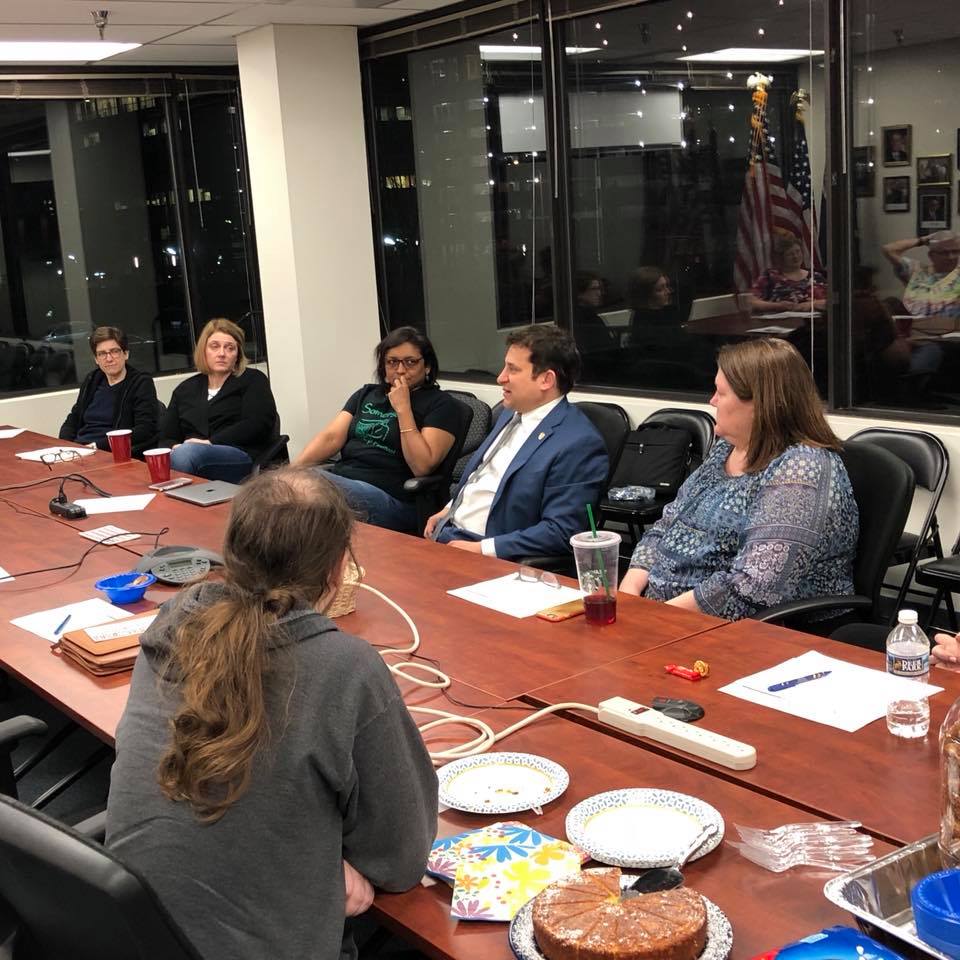 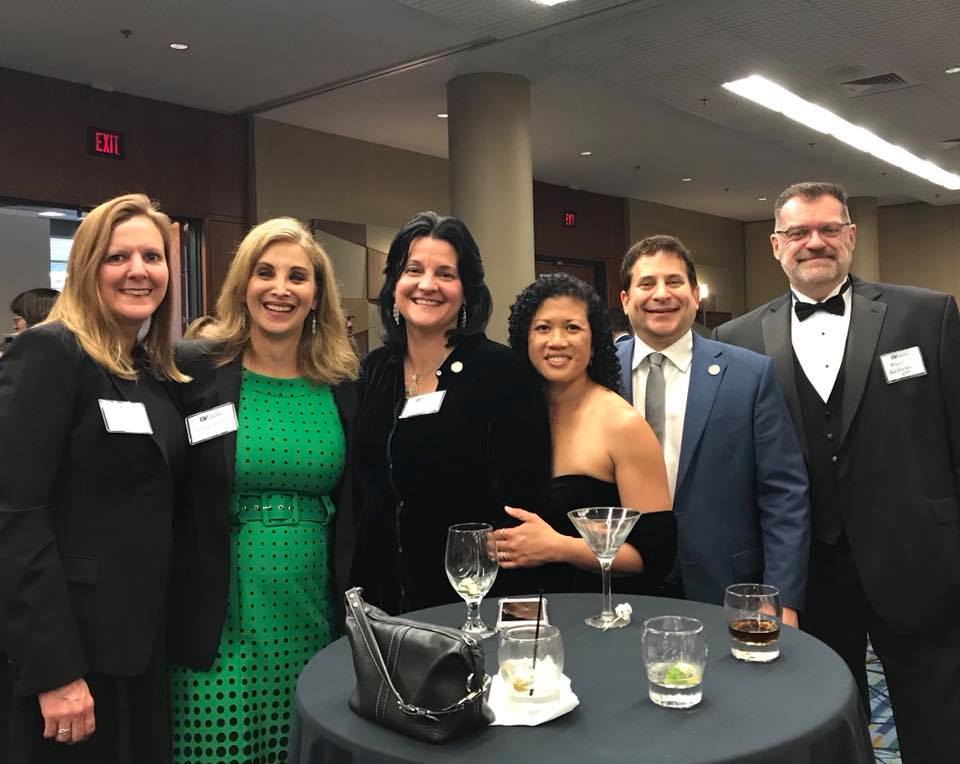 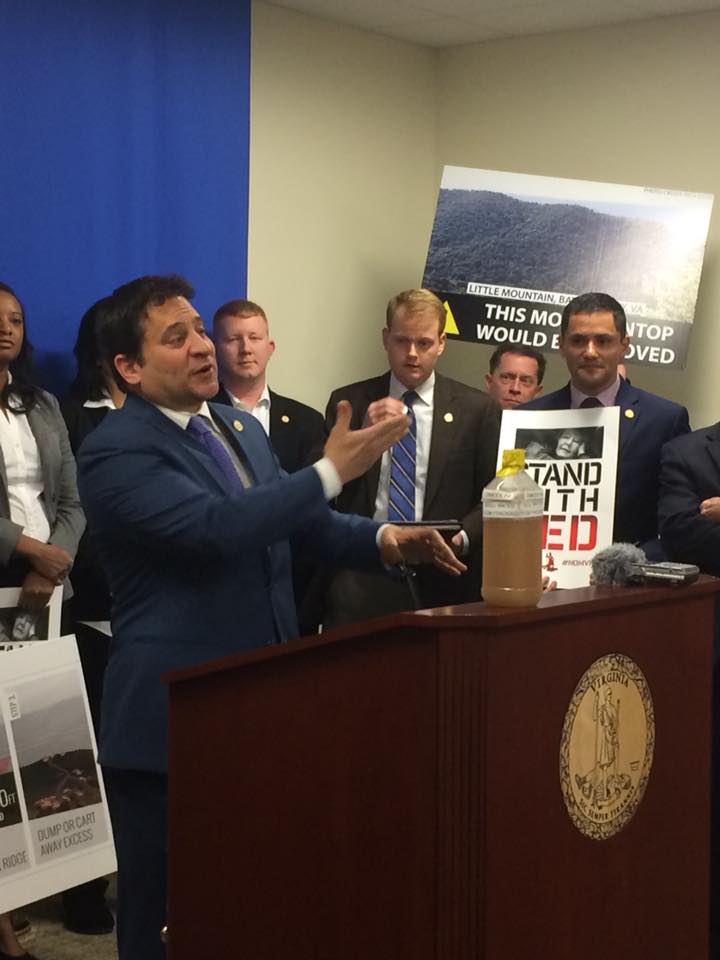 TONIGHT - Thursday April 26, 6pm
Take Back the Night Rally Against Rape
Gateway Park, Arlington
I highly recommend attending this and hearing the powerful stories of survivors of sexual and domestic violence. I would particularly encourage more men to attend. 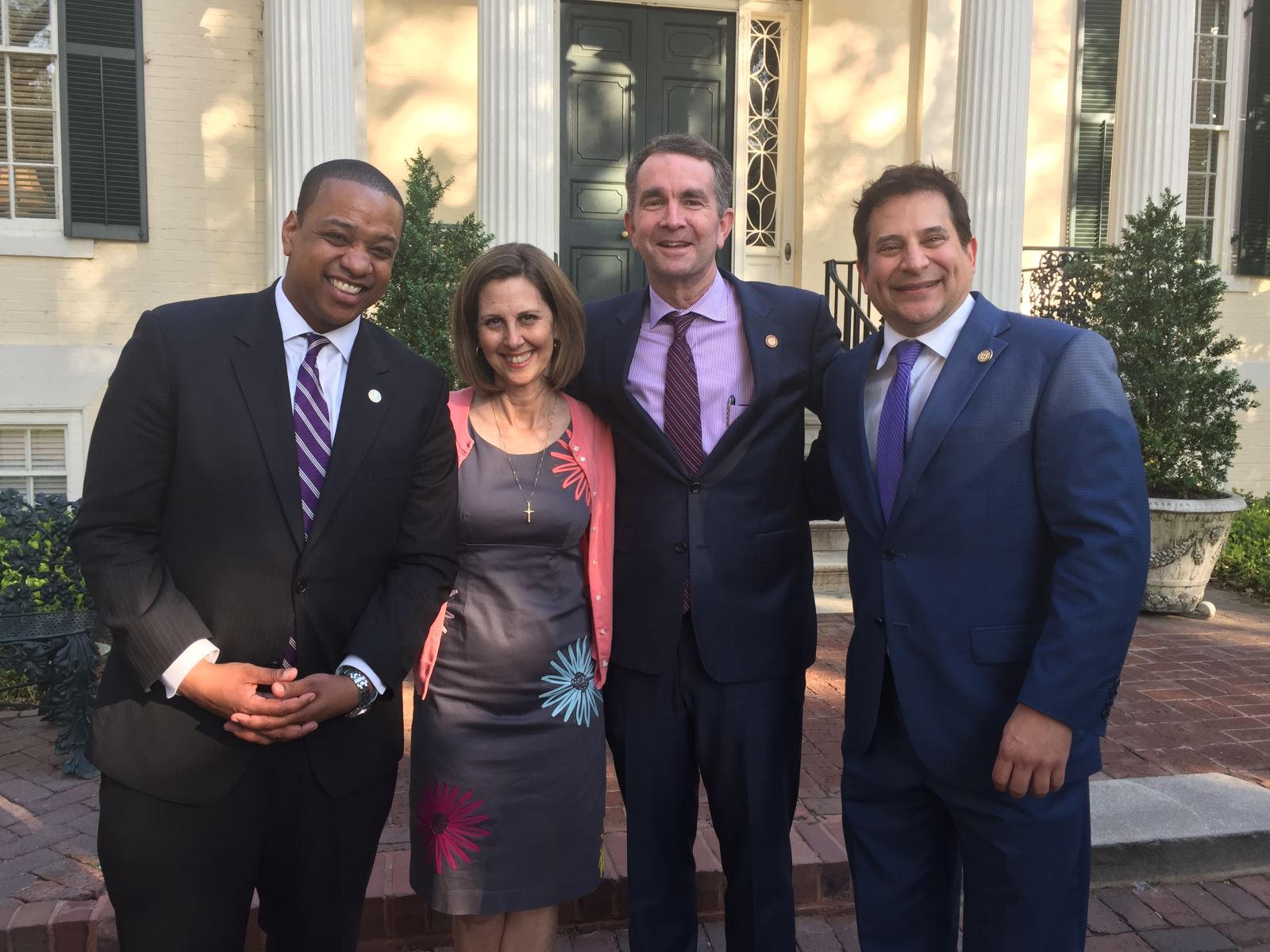