Budget Surplus to Bolster Virginia's Creditworthiness
The Connection
'Under-the-radar' law, and vacancy on SCC, fuel concerns about pipeline safety inspections
The Roanoke Times
Arlington Legislators Get High Schores from Va.
Sierra Club
Inside NOVA
Video: NOVA Dem Grassroots Event Kicks Off Effort to Raise $96k by Next June and To Win Back the General Assembly in 2019!
Blue Virginia
CONTACT MARK 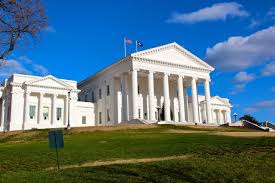 Virginia Governor Ralph Northam has ordered the legislature to go back into special session on August 30 to undo the scourge of the racial gerrymandering which the US Supreme Court and the Fourth Circuit Court of Appeals found the Republicans illegally imposed on Virginia in 2011. The Courts held the Virginia GOP illegally drew 11 House of Delegates districts for the purpose of concentrating black voters so as to diminish their (and Democrats') power in Virginia's House of Delegates.

Four elections (2011, 2013, 2015, and 2017) have thus far been held under the illegal map. The map is the primary reason why Democrats -- despite getting more than 21% more votes than Republicans in November 2017 (1.3 million to 1.075 million votes) -- still don't control the chamber that the vast majority of Virginians want us to control. It's undemocratic. It's racially discriminatory. And it's wrong. The court gave the General Assembly until October 30, 2018 to redraw the district lines.

Meanwhile, Virginia Republicans are trying to run out the clock by appealing a second time to the US Supreme Court. Knowing the US Constitution requires us to redistrict by 2021 anyway based on the decennial census of 2020, they hope to eke out one last election under the illegal maps. If they succeed in preventing the redistricting and Virginia holds all five elections this decade using their illegal lines, the Virginia GOP will suffer no consequences for violating the Voting Rights Act. Virginia would then serve as a terrible model to other states throughout the country that Republicans can successfully implement illegal racial gerrymandering with both impunity and great electoral success.

What happens on August 30 if, as I suspect, the Republicans disobey the court order and refuse to cooperate with us to draw racially non-discriminatory maps? In that case, I expect the Court to simply draw new fair lines itself. And with new fair lines, the voters of Virginia will get to vote for fair representation in November 2019 for the first time this decade. 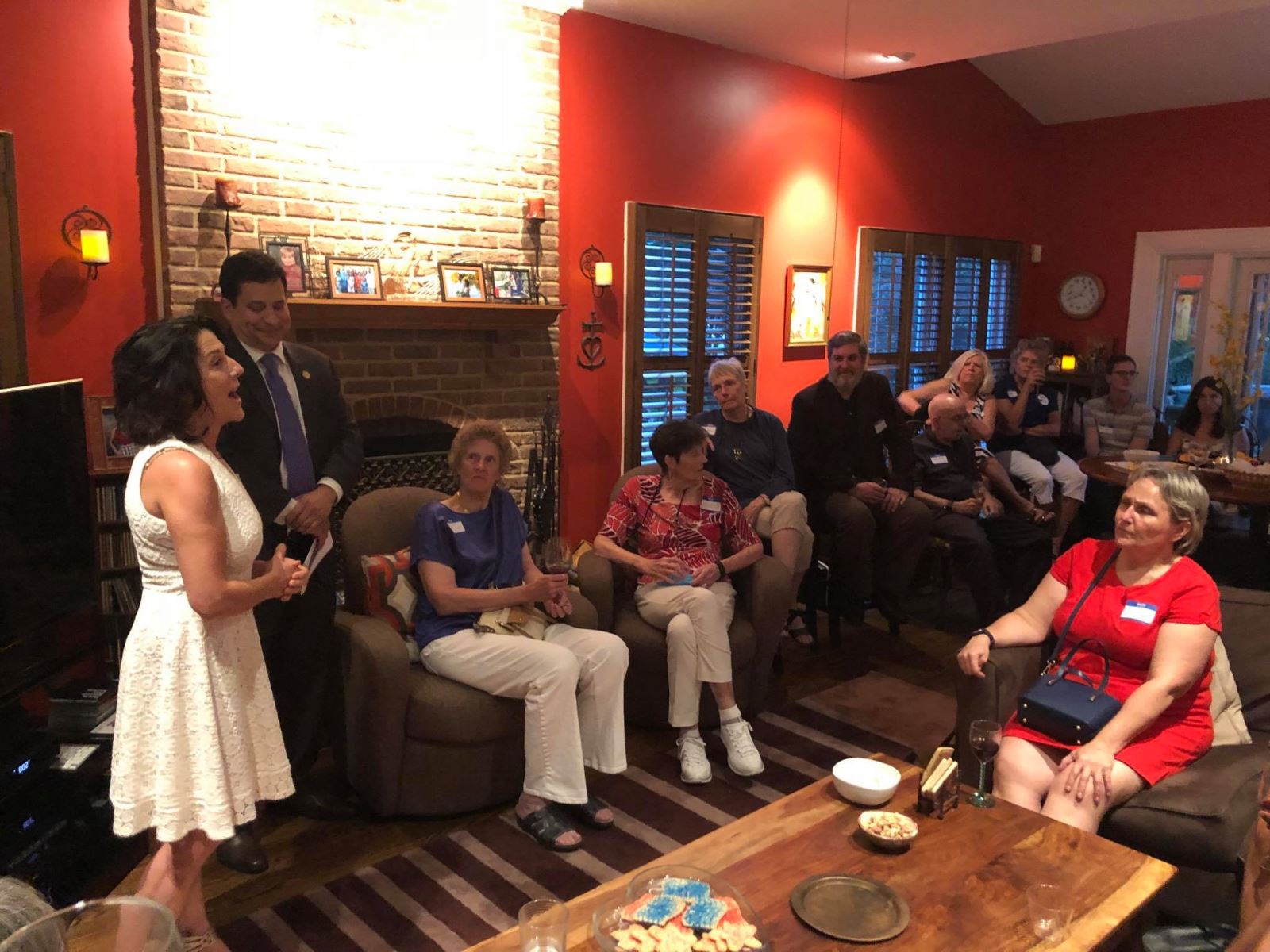 Janice Rivera talking about the need for another Blue Wave in 2019.

Thank you to the crowd of people from Alexandria, Arlington, and Fairfax who came out to help raise funds for our fight to win a Democratic majority in the House of Delegates in 2019. Alex Sprague and his mother Janice Rivera led the way at putting this event together in the Fairfax County portion of the 45th District (Belle Haven/Belle View).

Do you want to host a fundraiser to help Democrats take back the House of Delegates in 2019? Let us know!

The August Mark's Monthly Meetup
will be this Sunday, August 26th

And if you miss August, there's always September or October.

Sierra Club of Virginia Gives Me an A+:

for Third Year in a Row on Legislative Scorecard 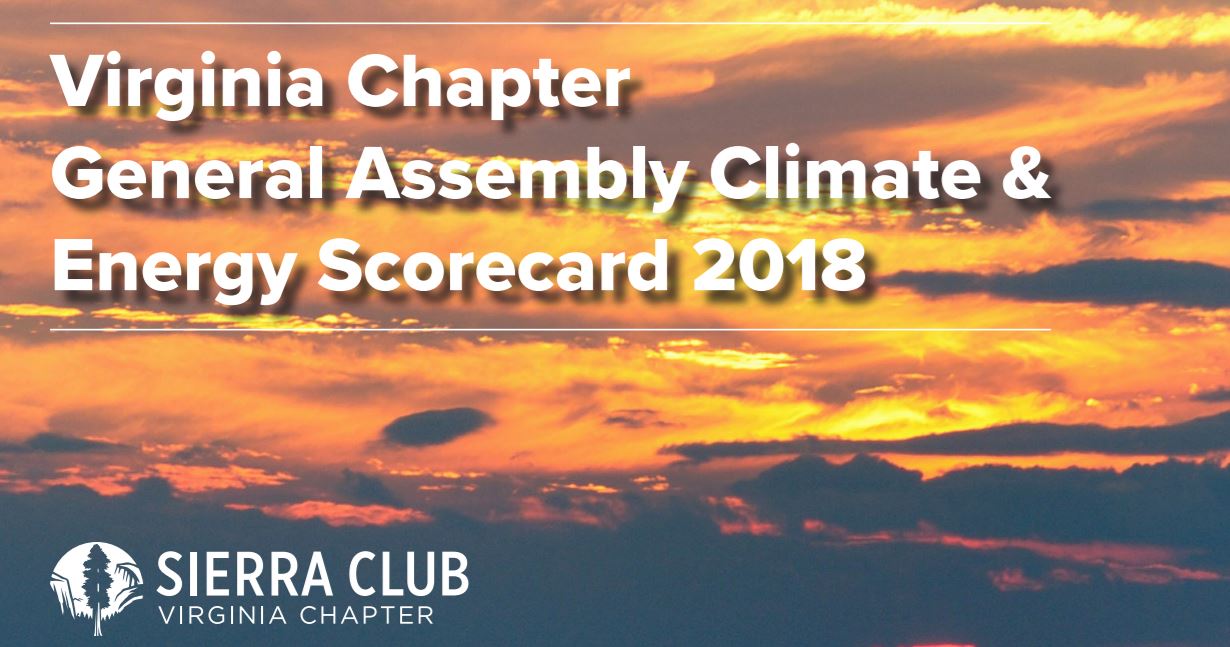 I am honored to have earned a perfect 100% rating from the Sierra Club of Virginia on their 2018 General Assembly Climate & Energy Scorecard. They have now given me a 100% every year I have been in office. The Virginia League of Conservation Voters also gave me a perfect 100% score for my voting record on the environment this past session.

I'm always looking for better ways to fight climate change and keep our air and water clean. Last week, I joined the Chesapeake Bay Foundation of Virginia for their educational boating trip on the Potomac River. Experts taught us about the threats to the sustained health and vibrancy of our home ecosystem. One day, I hope our efforts to clean the Potomac will allow us once again to safely swim and fish in the River that gave birth to our community. 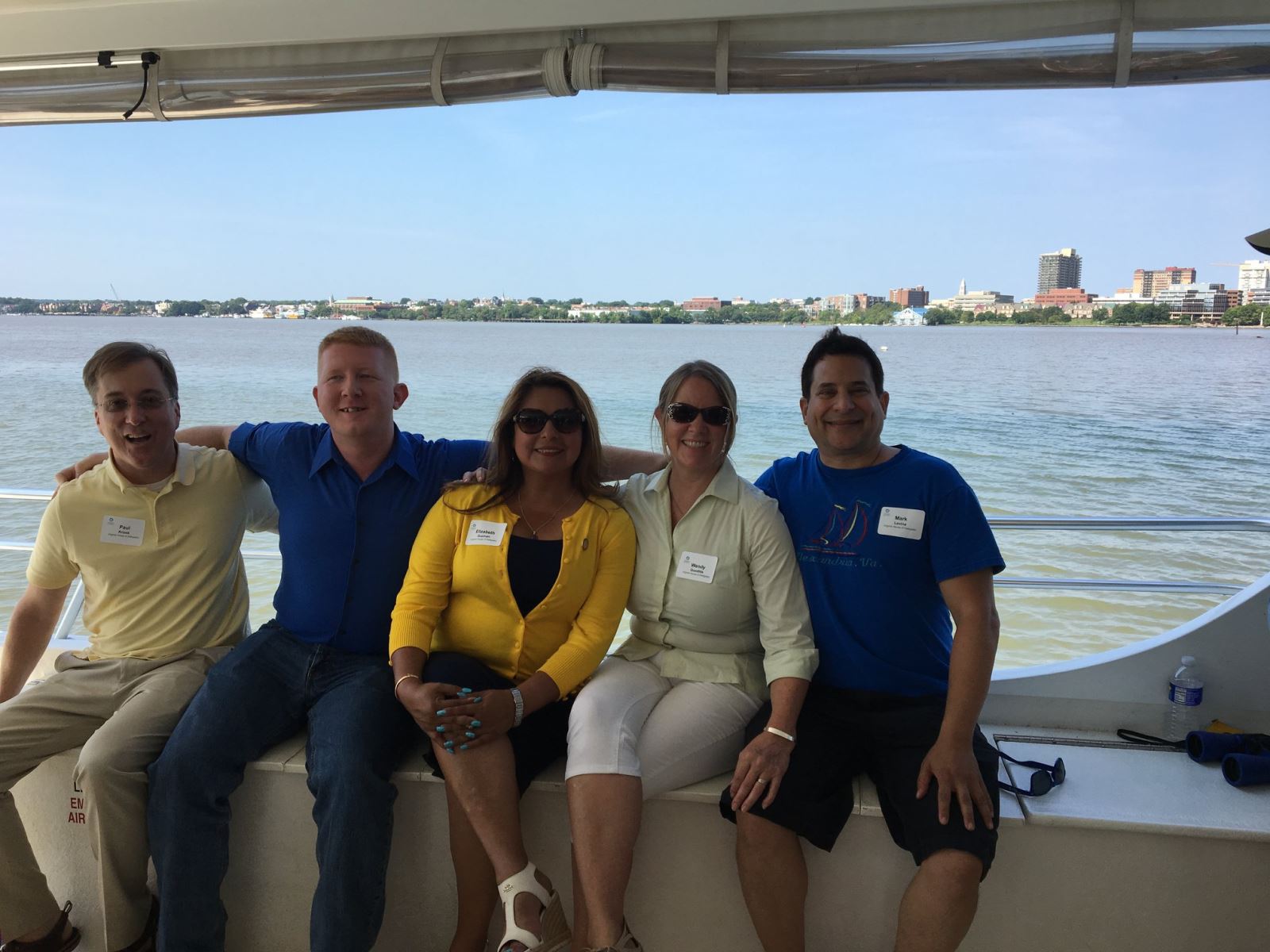 With some of my favorite fellow Delegates,
Paul Krizek, Lee Carter, Elizabeth Guzman, and Wendy Gooditis
on Chesapeake Bay Foundation educational boat trip on the Potomac River.
I told them,"I can see my house," and they kindly pretended to care.

Standing Up for Survivors of Sexual Assault

Thank you to the many representatives from Alexandria City Government, the Police Department, and the Commonwealth's Attorney's Office who attended the meeting I called to discuss how Alexandria currently helps defend its citizens against sexual and domestic violence and how we can improve the process. Our discussion focused on prevention, as well as providing resources to survivors and punishment for perpetrators. 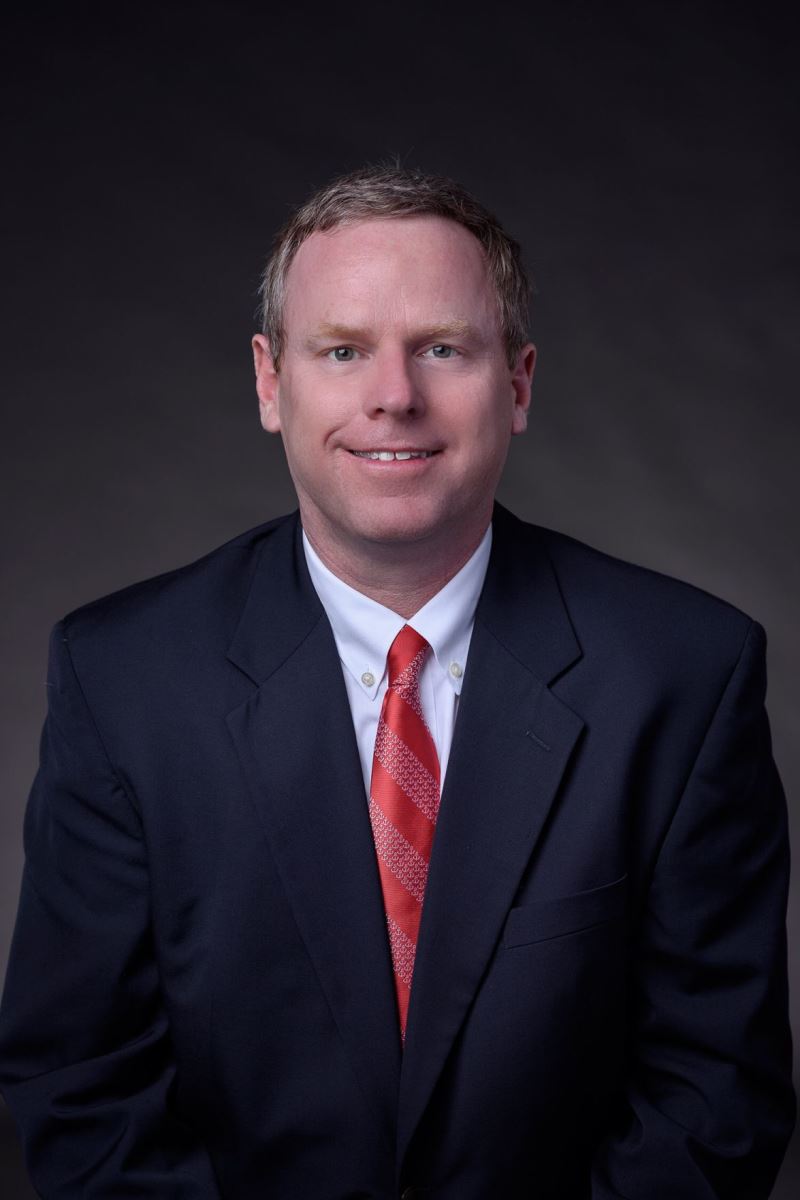 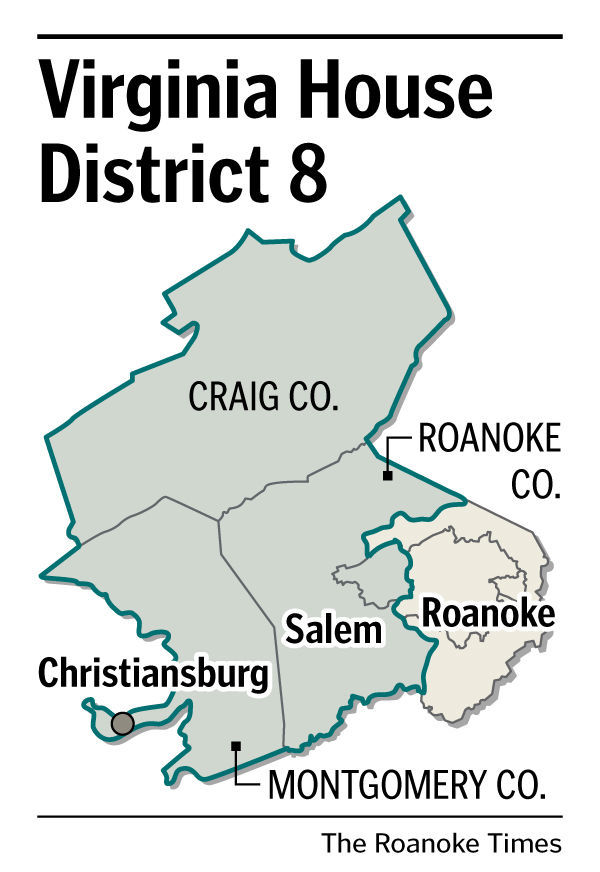 Carter has lived in the area since he was a child and is committed to those who have been left behind. He would increase funding for rural broadband (something I proposed and Republicans rejected) and more affordable higher education. He also supports enlarging I-81, health care for all, & women's reproductive freedom.

If Carter prevails this November 2018, he will make the House of Delegates 50-50 and give Democrats equal representation on all House Committees for the first time in 20 years.

If you want to contribute to help elect Carter Turner and make the House of Delegates an even 50-50, just donate here and send me an email requesting I direct your donation to his race. Let's show our friends in Southwest Virginia that we support Democrats throughout the Commonwealth. 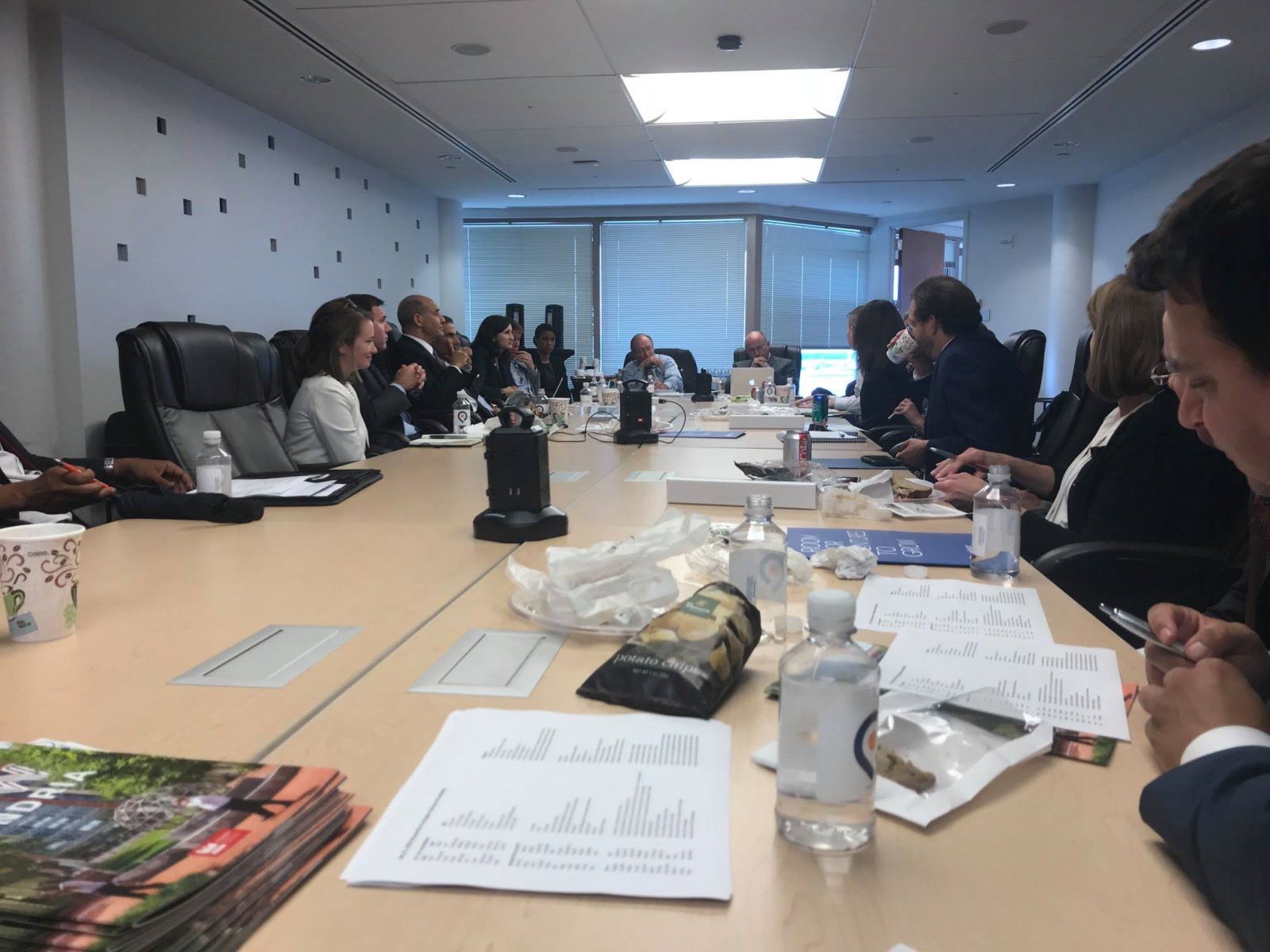 At the Alexandria/Arlington Entrepreneur Roundtable with Virginia Secretary of Commerce Brian Ball
My proposal for an Annual Northern Virginia Venture Capital Jobs Fair was warmly received. 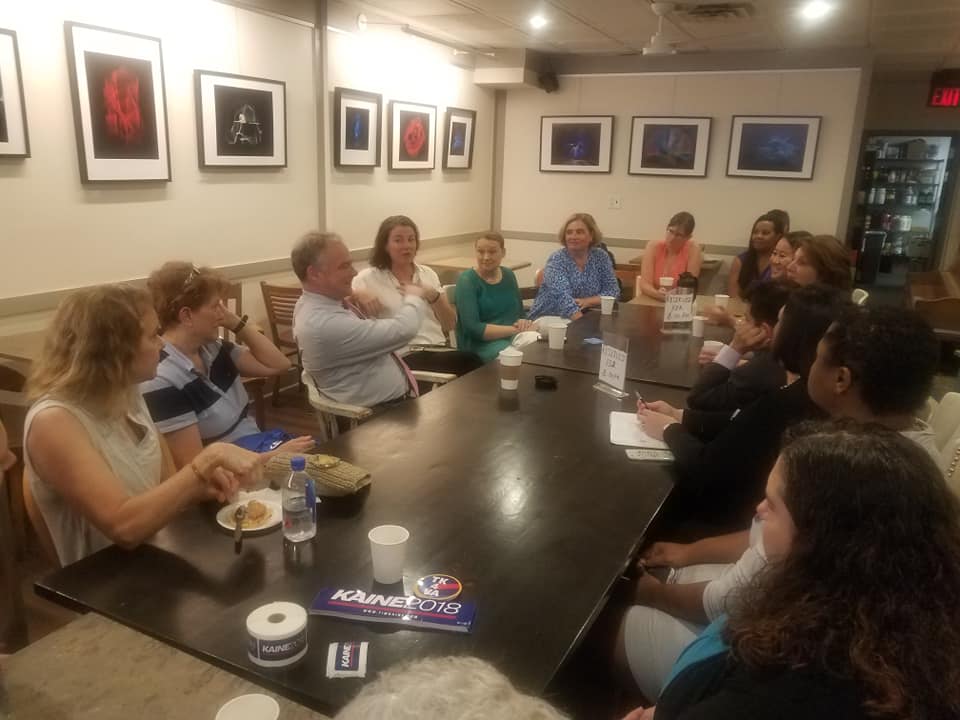 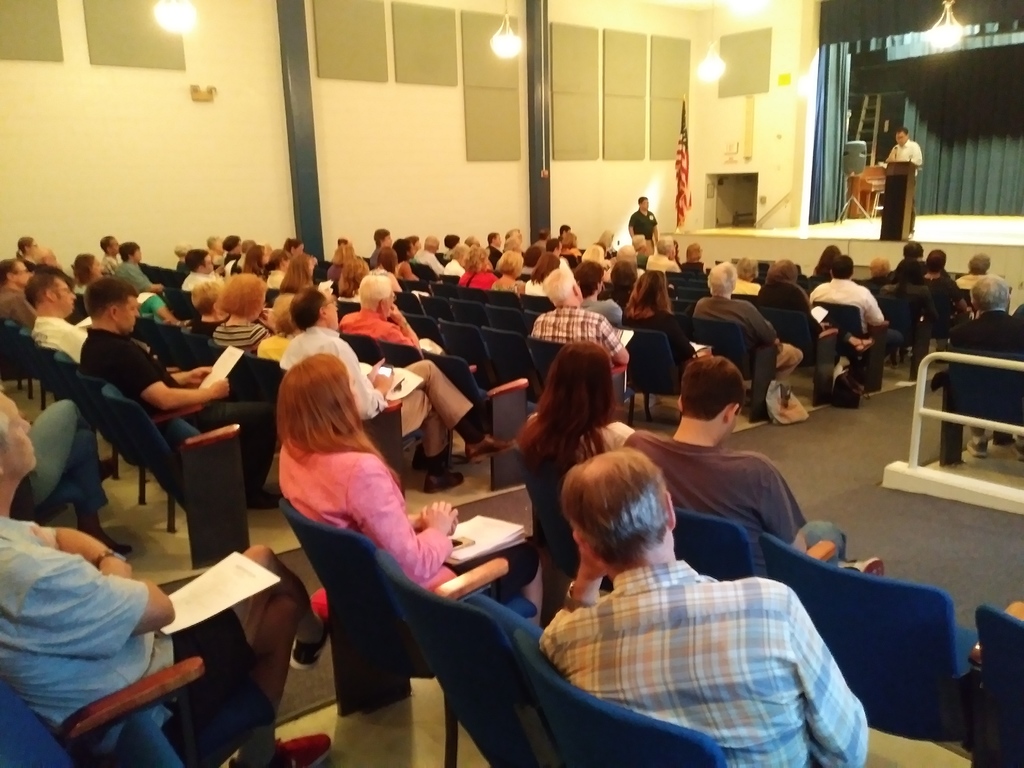 The August Meeting of the Alexandria Democratic Committee
I usually attend every monthly ADC meeting
(except in February when we are in session). 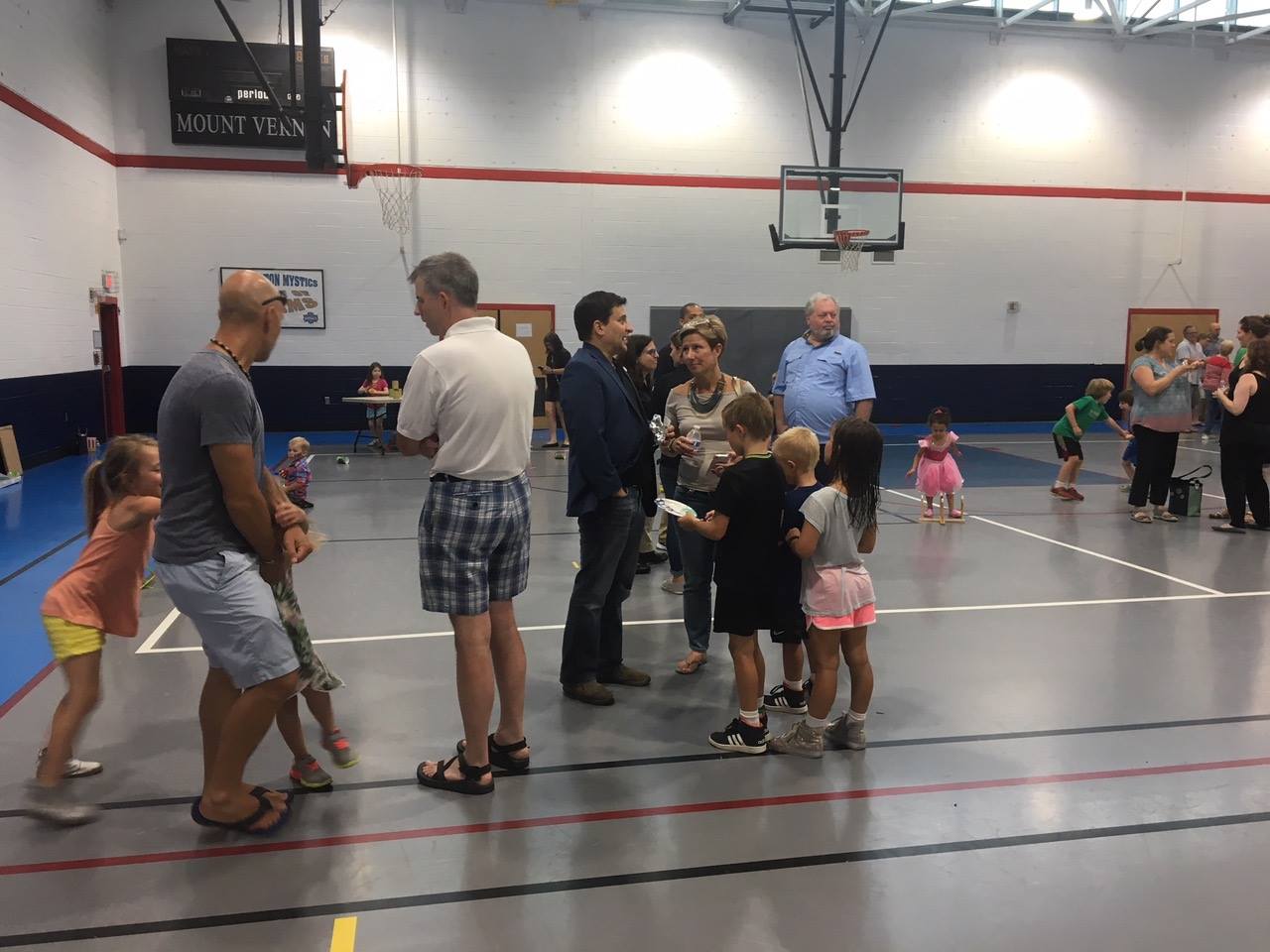 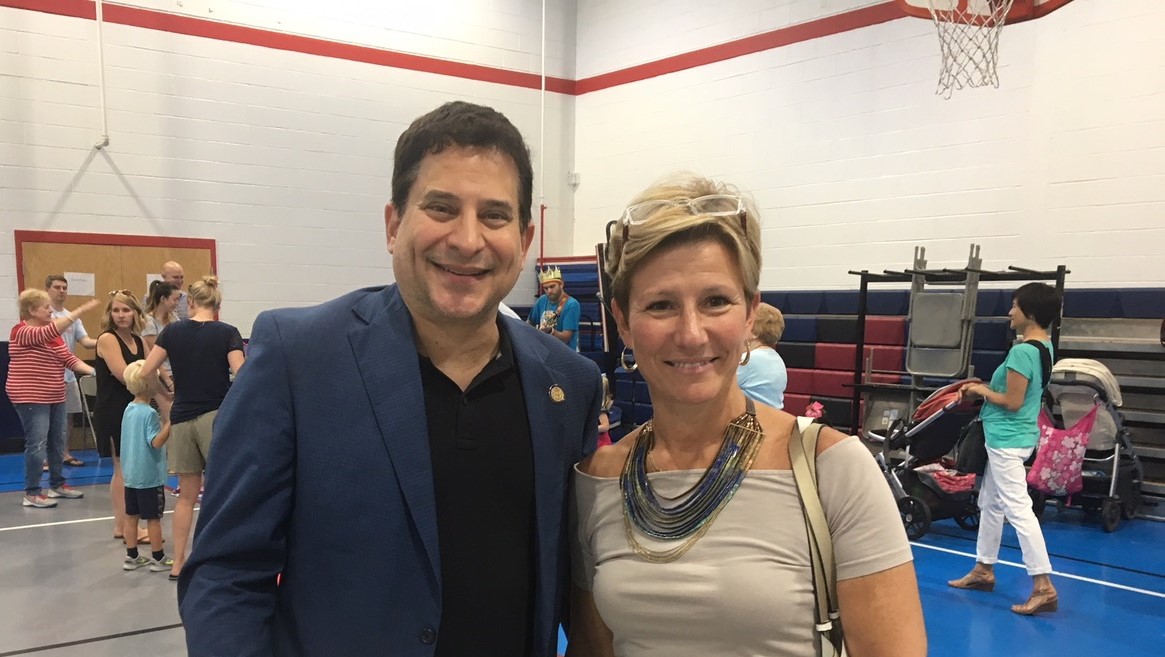 I visited a dozen or so gatherings throughout Alexandria on National Night Out.
This program helps build trust and respect between our police and the community they serve. 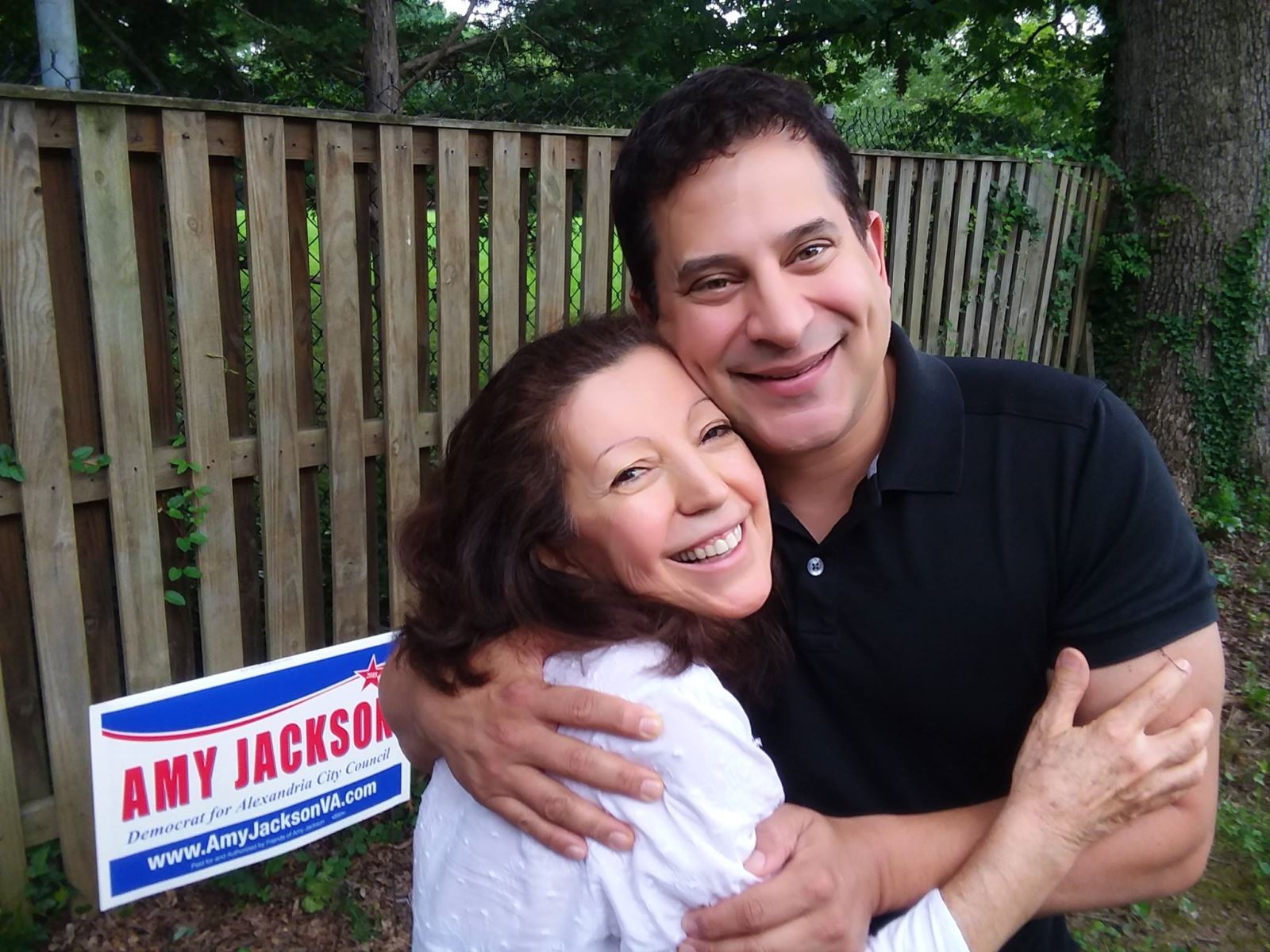 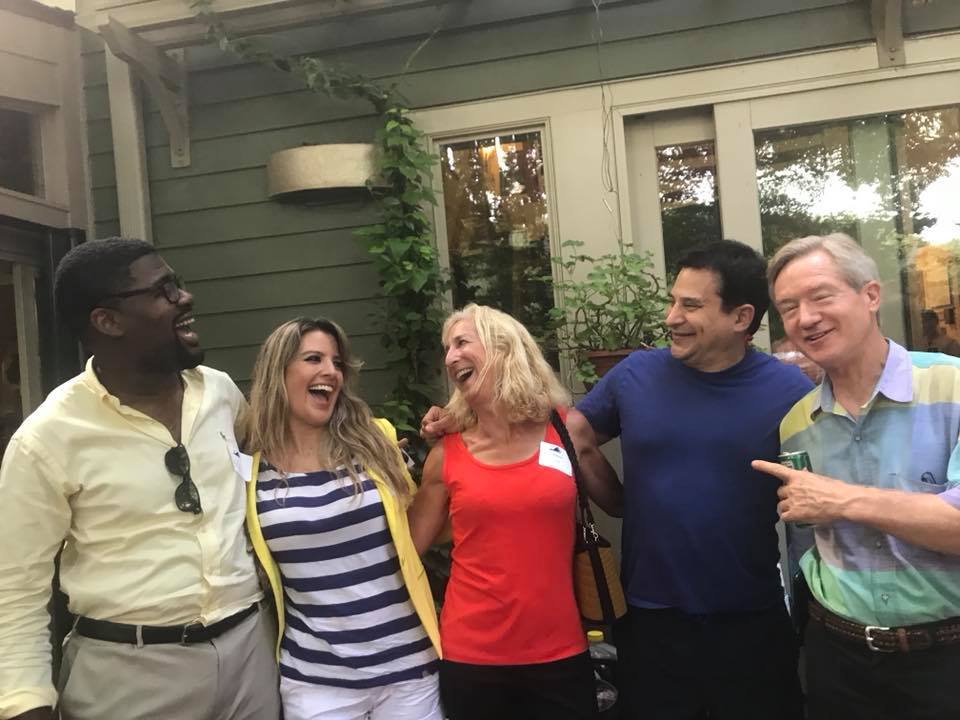 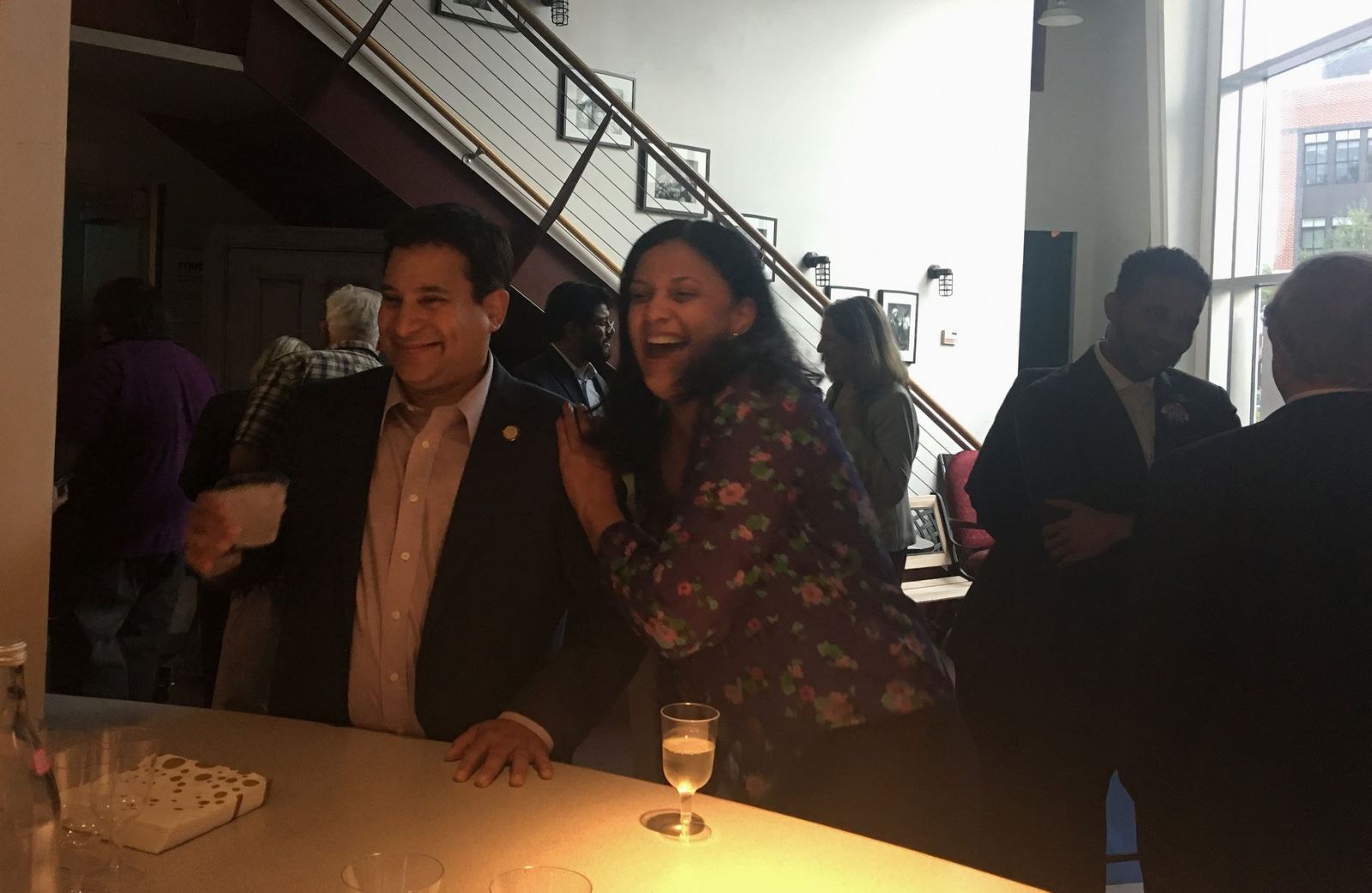 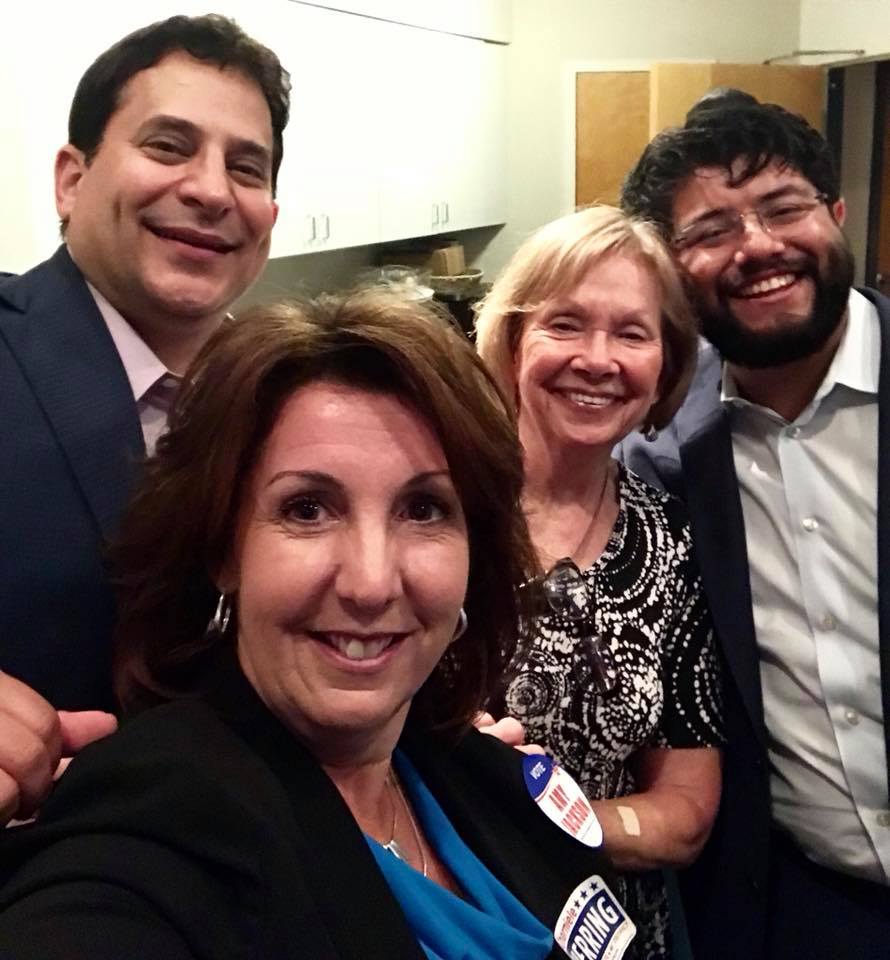 Democratic nominees for Alexandria City Council Amy Jackson and Canek Aguirre (right)
and one of my favorites at ADC, Marianne Anderson! 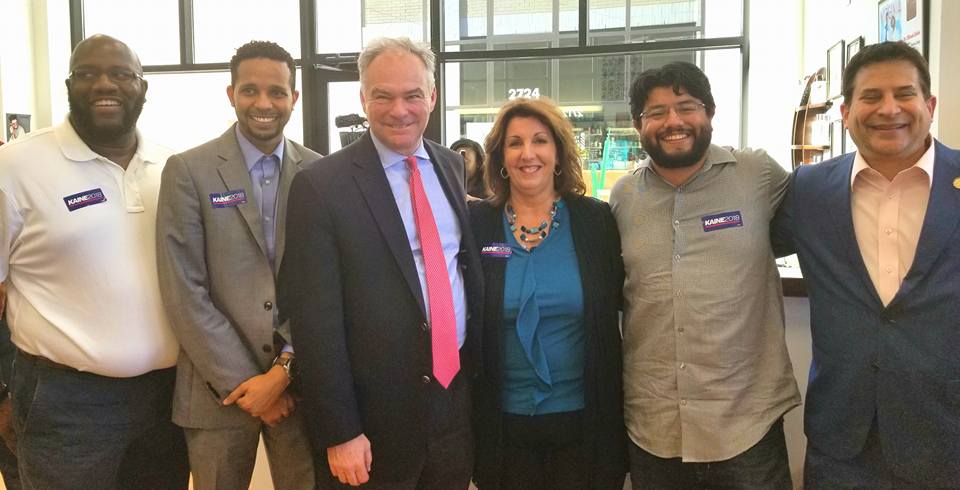 Honoring the Gold Star families of Alexandria heroes Raymond Williams and Wayne Jordan,
who lost their lives in Vietnam. (Mayor Allison Silberberg is on the right.) 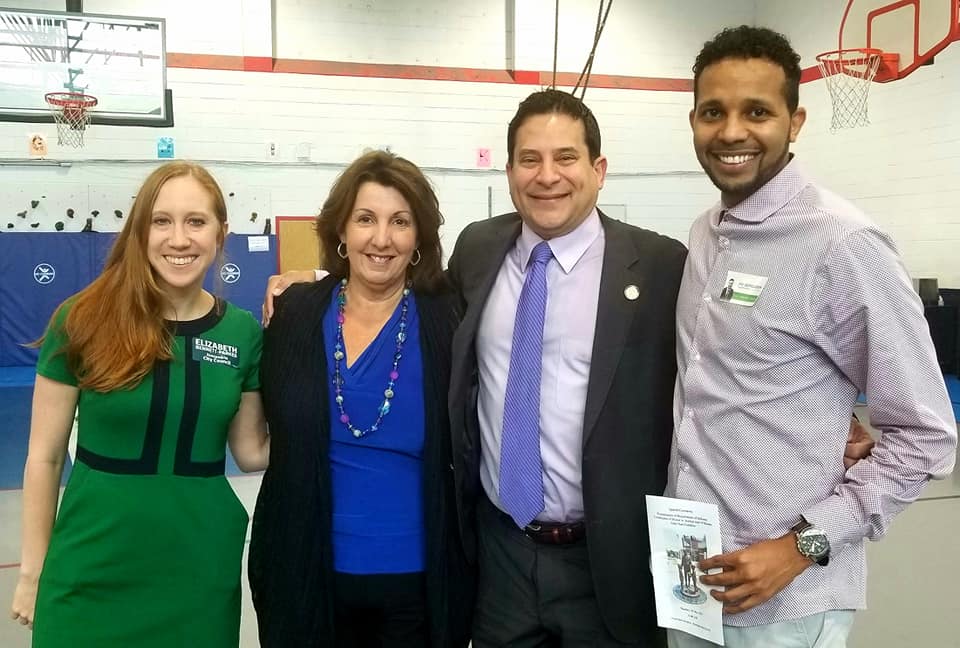