Lots of information in Blue Virginia on why I think we need to stop gerrymandering by opposing the proposed Virginia constitutional amendment which increases it and putting forth another method instead:

Hey, Virginia Legislators, About That Redistricting Amendment We Begged You to Pass...
Blue Virginia

The Democrats' Redistricting Dilemma: An Idea for How to Solve It
Blue Virginia

Arlington Committee of 100 to look at redistricting proposal
Inside Nova

You may have heard: I don't like the proposal to enshrine in the Virginia Constitution the power of the partisan Republican-appointed Virginia Supreme Court to gerrymander Virginia's district lines forever.

I just don't think judges chosen by a legislature should get to choose the legislature that appoints them. Instead, I think the people should decide who best represents them.

We can do much better.

I will be introducing redistricting reform legislation this year to allow computers to draw fair districts instead, based on a mathematical formula that benefits neither political party.

I will also be introducing a bill (my second choice) to keep the flawed commission but remove the Virginia Supreme Court from the process.

If you want to hear the difference between my proposals and the proposed Virginia constitutional amendment, I highly encourage you to attend or watch my debate tomorrow (Wednesday, December 11) with Brian Cannon, the President of OneVirginia2021. It will start promptly at 8pm. Space is filling up quickly so please

If you can't make the live debate -- and you'll want to,
because the audience can ask questions! --

you can watch the debate livestreamed
and archived by clicking here.

(This link will not work until tomorrow at 8 pm.)

You can also learn more about my position on the proposal by watching my presentation at a recent forum hosted by the League of Women Voters in Fairfax. 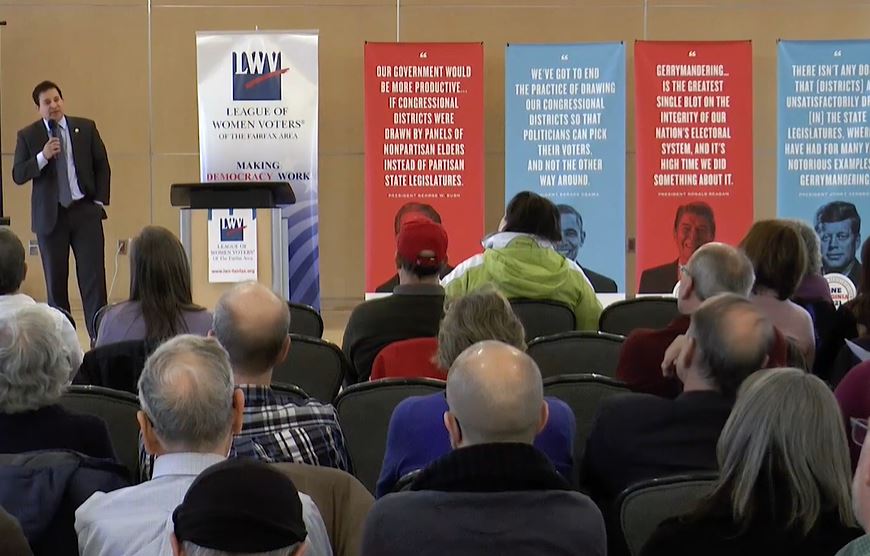 Click here to watch my presentation to the League of Women Voters in Fairfax.

Thank you for taking the time to read and listen to my argument, and thank you to all who have shared my concerns with fellow Virginians who want to make sure we do the right thing and defeat gerrymandering once and for all.

Also, if you want to learn more about how gerrymandering works in a fun holiday atmosphere, please join us a week from Friday at the home of Alexandria's Clerk-Elect Greg Parks & Senior Assistant Commonwealth Attorney David Lord for

Have a Very Gerry(mandered) Holiday! 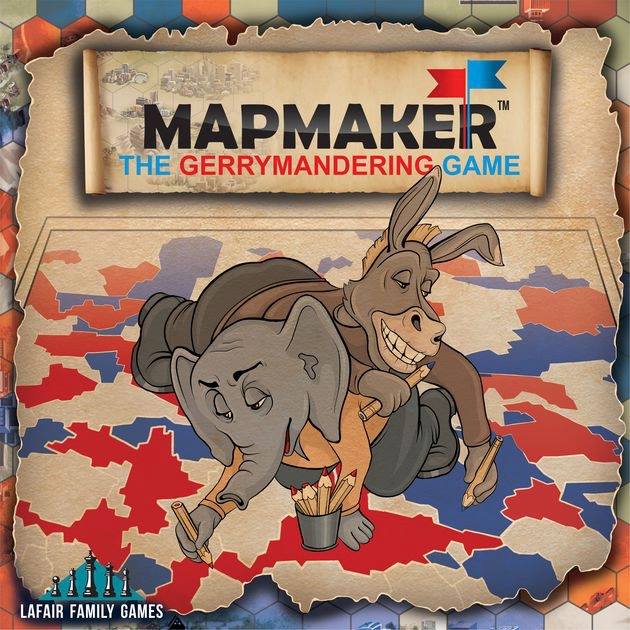 to learn about the different ways that elected officials subvert democracy by picking their own voters.

At this event, you'll be able to practice gerrymandering in a fun, game-like setting without harming a single voter. If you want to know how to defeat gerrymandering, you should understand exactly how it works.