Lots of information in Blue Virginia on why I think we need to stop gerrymandering by opposing the proposed Virginia constitutional amendment which increases it and putting forth another method instead:

Hey, Virginia Legislators, About That Redistricting Amendment We Begged You to Pass...
Blue Virginia

Arlington Committee of 100 to look at redistricting proposal
Inside Nova

Since Election Day, I have been crazy busy having conversations with constituents, colleagues, and allies to help me determine my legislative agenda for the 2020 session.

While I still have time to finalize what legislation I will be introducing, I have pre-filed requests for 68 different bills I am considering.

That's a lot of bills! In fact, I know that's way too many for me to work on in the less than four weeks we have before crossover in the nine-week session, and I have tremendous respect for the legislative services staff who has to wade through my myriad of proposed bills and other proposed legislation submitted by the other 139 delegates and senators.

Why did I put in so many suggestions?  Probably because we've waited a long time in the minority, and many of my progressive bills over the last four years never received a fair hearing. So I have lots of things I've tried that I would like to try again in a majority-Democratic legislature. And I have lots of new ideas and great ideas that came from my constituents. So many, that it's kind of like a dam bursting.

My guess is I'll file about half of the bills I'm considering. Those I don't introduce I may well hand over to my colleagues for them to introduce.

I'd love to hear from you about which legislation you think I should prioritize.

This will be my last meetup before the start of session!

I hope you'll attend to help me finalize my legislative agenda.

To be the first to hear my complete legislative agenda for 2020, please save the date of Sunday, January 5th, 4-6pm, for my Back to Richmond event, which will be at the home of Helen Morris in Old Town. More details to come.

Next Wednesday, December 11:
I Debate Gerrymandering
One Hour - One on One

As you already know if you read my Primer on Gerrymandering, or the many articles in Blue Virginia (Make sure you check out the left column of this newsletter!), I think gerrymandering is unfair. And for that reason, I have come to oppose the constitutional amendment on gerrymandering, which, I fear, would allow the conservative Supreme Court to make gerrymandering much, much worse in Virginia.

Instead, I will be introducing redistricting reform legislation this year to take the political gamesmanship entirely out of gerrymandering.

If you want to hear the difference between my proposals and the proposed Virginia constitutional amendment, I highly encourage you to attend a debate I'll be having with Brian Cannon, Executive Director of OneVirginia2021, this Wednesday December 11 at 8 pm.

(There's a dinner at 7 pm you can RSVP and pay for.
The debate itself begins at 8 pm and is free.)

I expect a respectful but vigorous debate.

After all, if Virginia makes the wrong decision, we could have a PERMANENT UNCHANGEABLE REPUBLICAN GERRYMANDER. In fact, that's precisely what I fear the proposed constitutional gerrymandering amendment might well do.

If you can't make the live debate -- and you'll want to, because the audience can ask questions! -- you can watch the debate livestreamed and archived by clicking here.

Gerrymandering Shouldn't Be a Game

But if it were, how would you play it?

Do you know how to gerrymander?

Learn how on Friday, December 20!

How can you prevent something if you don't know exactly how it's done?

How can you call something unfair if you don't understand exactly why it's unfair?

Would you like to practice gerrymandering?
In the safety of someone else's dining room?
Without harming any real people in the process?
And maybe even raise a bit of money for your hard-working Delegate?

Come join me on Friday December 20th at 6:30 pm at the home of Alexandria's Clerk-Elect Greg Parks and his husband, Assistant Commonwealth's Attorney David Lord, to learn everything you ever wanted to know about gerrymandering.

Want to practice yourself

the dark arts of gerrymandering?

But only in play 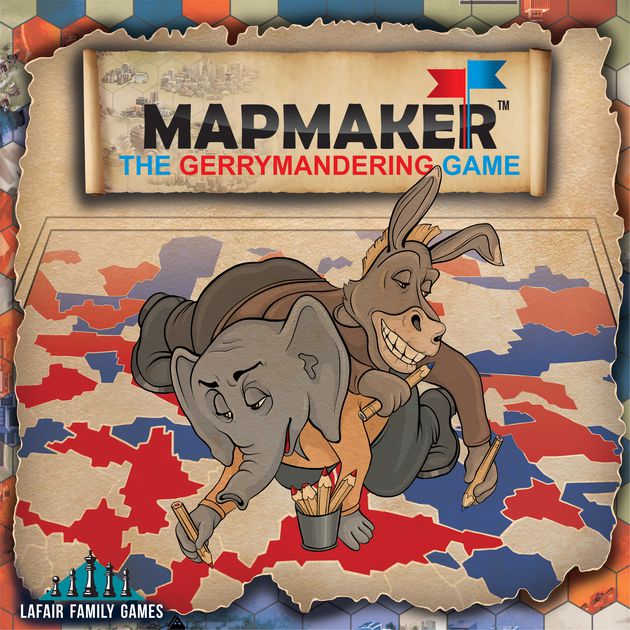 Learn how to play the game of gerrymandering.

So we can work to take the gamesmanship out of gerrymandering.

If you want to know my views on gerrymandering, read my Primer on Gerrymandering or scroll up and click on some of the Blue Virginia articles and videos in the left-hand column.

Richmond, We Have our Committee Chairs...

Speaker-Designee Eileen Filler-Corn has designated all the committee chairs for the Virginia House of Delegates in the 2020 Session. For the first time in Virginia history, half are women, and half are African American. 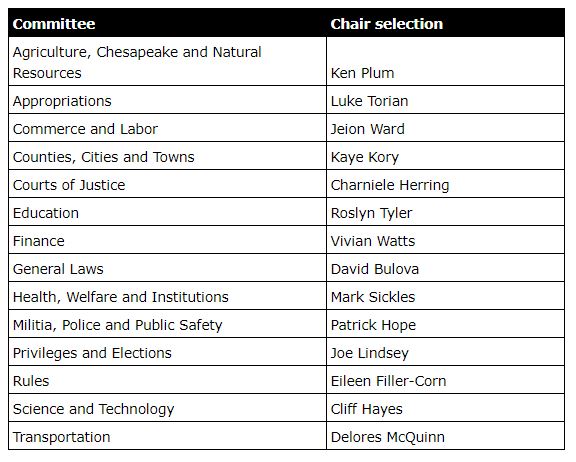 Transurban has completed a study looking at converting the Seminary Road/Mark Center ramp to become part of the Express Lanes and has delivered the results to the City of Alexandria. The ramp is currently an HOV-3 ramp. To relay the results to the community, they are holding a public meeting on December 9th at Minnie Howard (3801 W. Braddock Rd.) from 6:30-8:30 pm.
The Virginia Department of Transportation (VDOT) is considering making a change that would change the south-facing ramp from HOV (3-person carpool only) to High Occupancy Toll (HOT). The ramp would continue to provide access to the 395 Express Lanes, but it would be available for free to vehicles with three or more occupants and for a toll charge to vehicles with one or two occupants.
The ramp is highlighted in red on the map below: 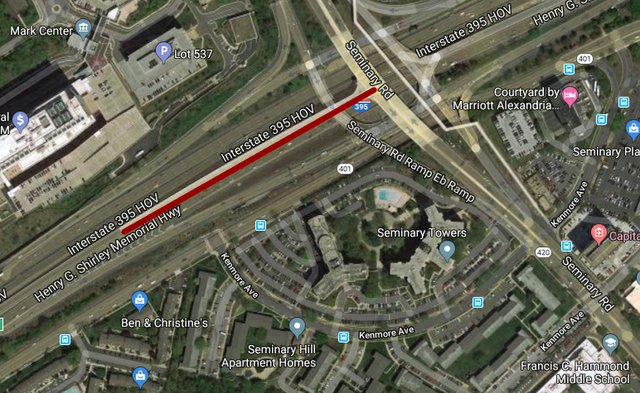 You can review project information at the VDOT website. If you aren't able to attend the meeting, you can email VDOT at 395expresslanes@VDOT.virginia.gov. Please reference "I-395/Seminary Road HOV Ramp" in the subject line. Or you may submit written comments by Dec 31, 2019 to Abi Lerner, VDOT, 4975 Alliance Drive, Fairfax, VA 22030. 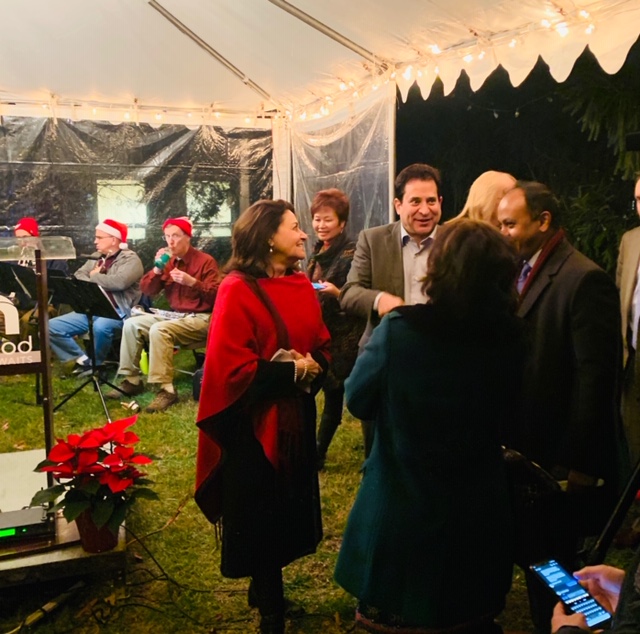 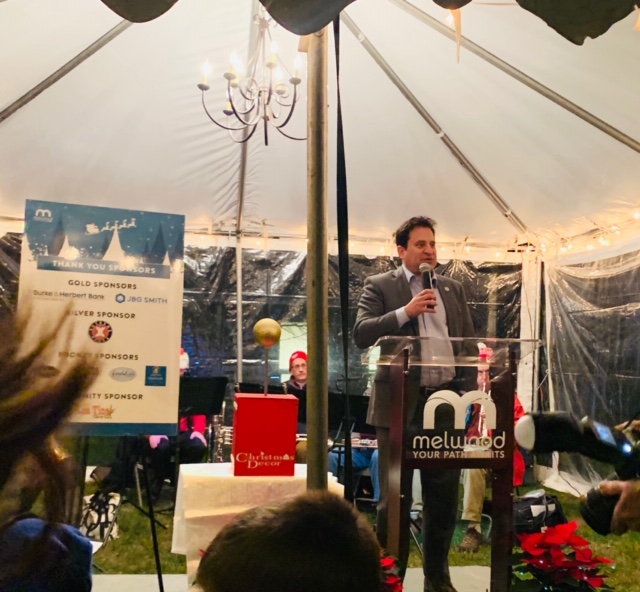 At the Melwood's Miracle on 23rd Street Christmas tree lighting. 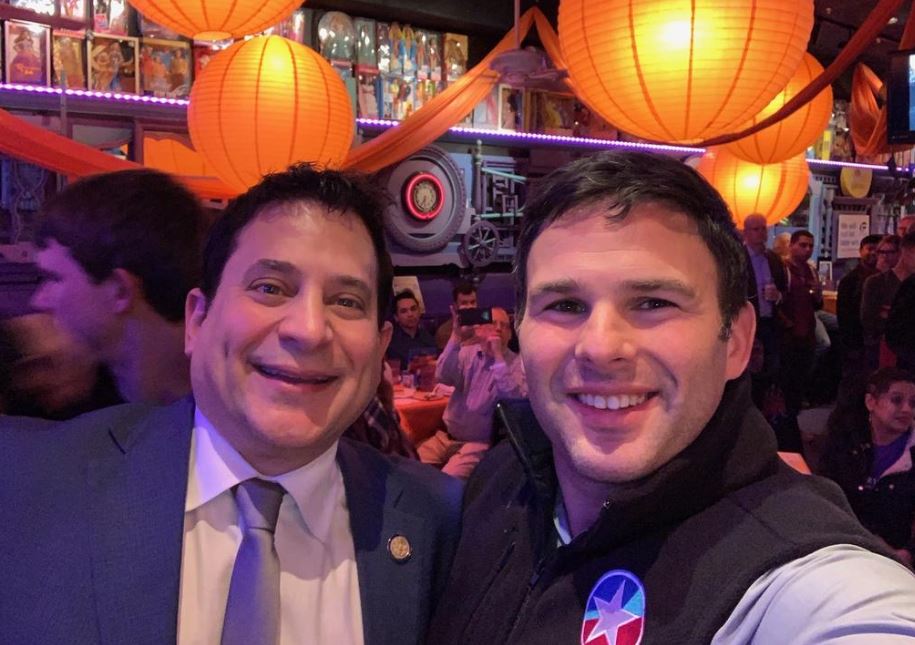 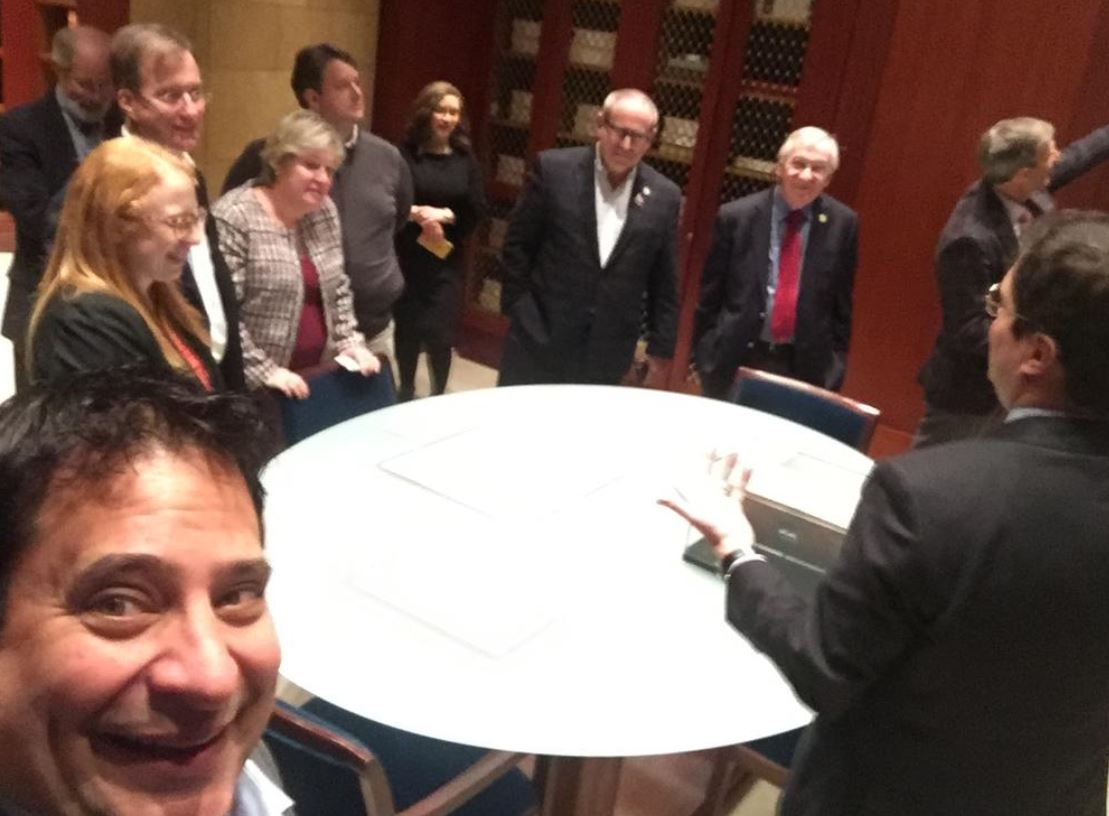 Touring George Washington's library at Mt. Vernon with several of my fellow delegates. 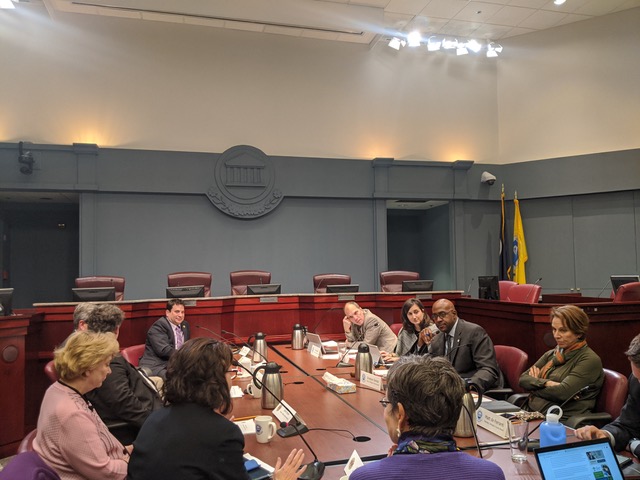 Joint work session with members of the Arlington County Board
and fellow members of Arlington's General Assembly Delegation.

At the Dec. meeting of the Virginia Advisory Committee on Sexual and Domestic Violence. I join them four times a year in Richmond, as these are issues of great concern to me.

AND YOU WON'T WANT TO MISS THESE TWO EVENTS!

Wednesday, December 11
7:00 pm - 9:00 pm
Gerrymandering Debate
with Bryan Cannon of OneVirginia2021
Gonna be quite a debate!