A QUICK LINK TO
ALL OF MARK'S BILLS

Va. Democrats face a growing menu of redistricting reform options. Only one binds them for 2021.
Virginia Mercury

NOTE: This was published before I released my proposals, HB1645 and HJ143.

Bill would give Va. localities chances to set minimum wage
Inside NoVA

This week, in Committee and on the Floor,
I proudly cast my votes to ratify the
Equal Rights Amendment 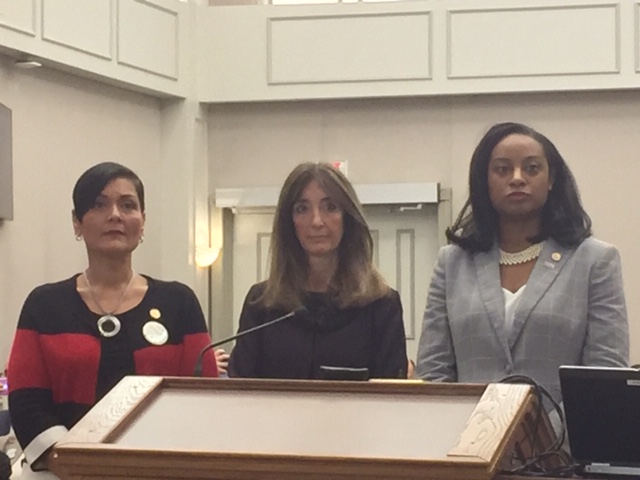 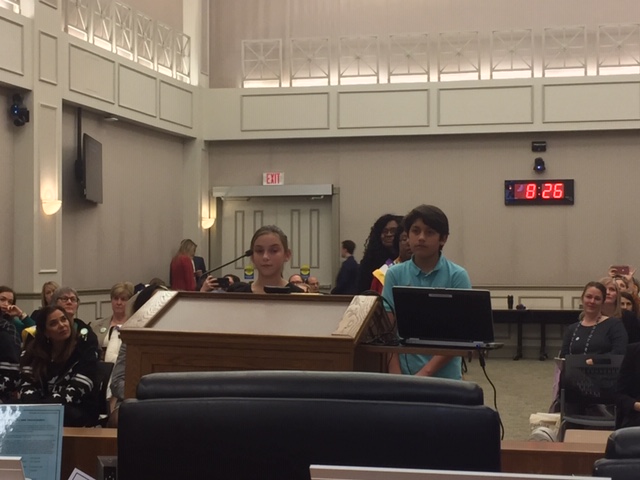 A 12-year-old Virginia girl and her brother spoke in favor as well. 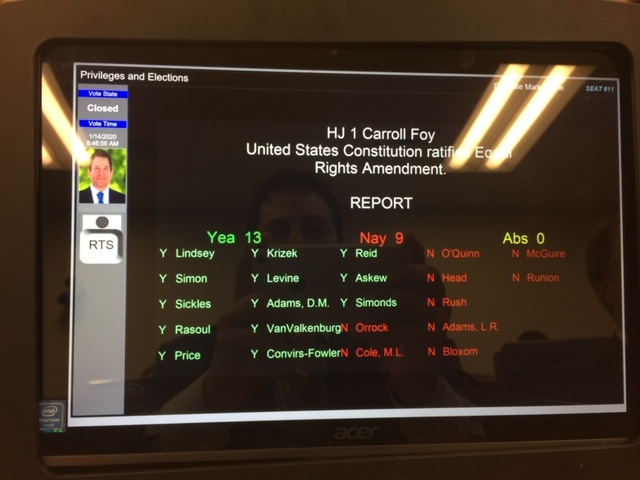 The ERA passed our committee on a 13-9 party-line vote.
I quickly took this picture of the screen on which I cast my vote. 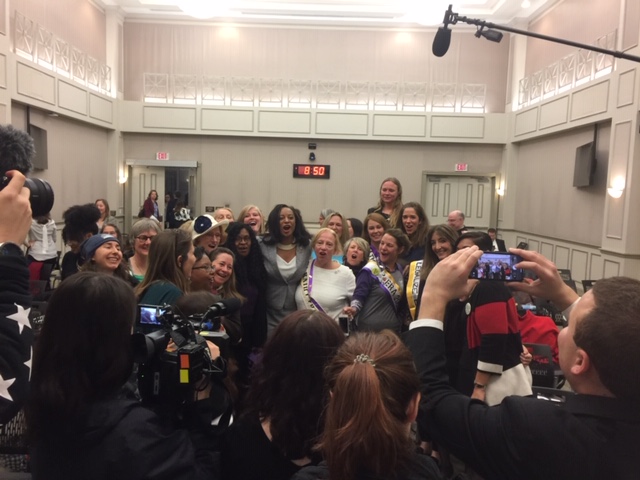 And the room erupted in celebration.
It was a moving experience. 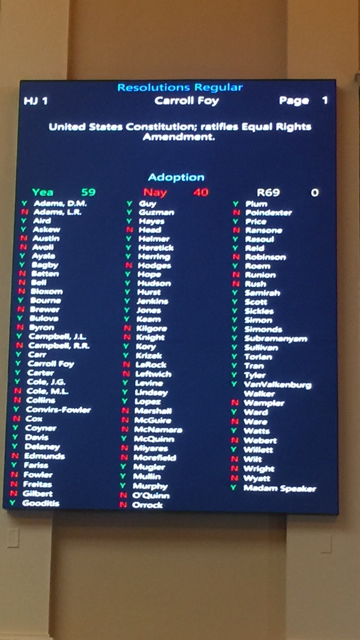 The very next day, the ERA was brought to the floor for passage.

And on Wednesday, I was able to cast my vote for the ERA one more time.

The House passed the Equal Rights Amendment by a vote of 59-41.

It was a truly historic day for all Americans who cherish equality.

Under the U.S. Constitution, amendments become law when they're ratified by at least three-fourths of U.S. state legislatures — or 38 out of 50. 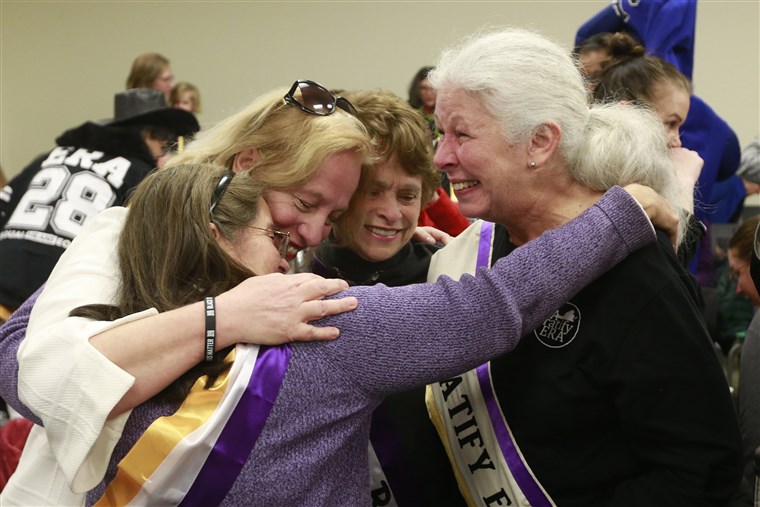 ERA activists celebrate its ratification by the House of Delegates on Wednesday.

We aren't just voting for equality, though, we're practicing it too.

Check out the graph below. You'll see when Republicans took power, they substantially reduced the number of women serving in these powerful slots. Now we have twice as many as we've ever had before in Virginia history. 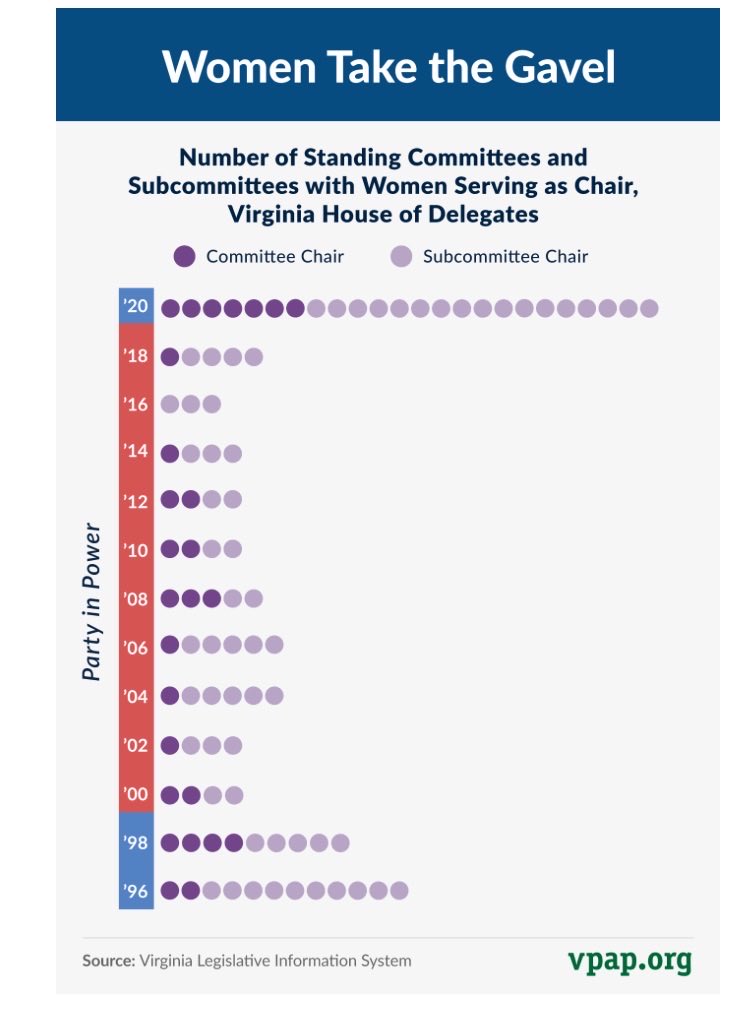 I was armed only with my two Constitutions...

Virginia's new Democratic majority was elected for many reasons. But one of the biggest reasons of all was that we are the only party willing to address the scourge of gun violence.

Laura Ingraham made a number of false assertions about my legislation, but she clearly had not read my bill. Watch the five-minute video below. (I'm allowed to speak about halfway in.) How do you think I did?

Click the image below to watch me explain how we can both protect Virginians safety and their constitutional rights at the same time. 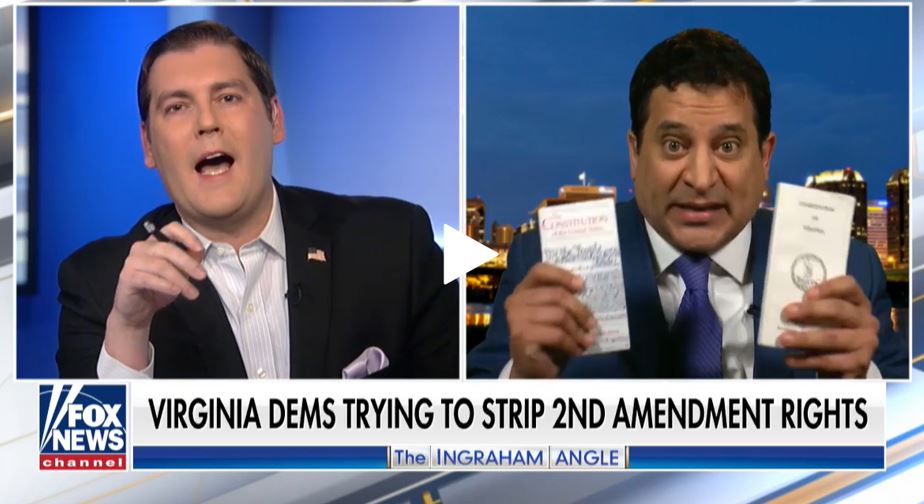 Click image or here to watch me stand up for my assault weapons ban.

Unfortunately, the fear-mongering of pro-gun extremists has been successful.

For decades now, they've turned Martin Luther King's birthday into their annual gun-enthusiasts lobby day. And that day has now morphed into an opportunity for white nationalists and neo-Nazis to once again descend on Virginia in the hopes of fomenting violence.

The news reports speak for themselves:

These are the same neo-Nazis who terrorized Charlottesville in 2017.

Rest assured, we are taking the threats of violence seriously.

Virginia State Police and Capitol Police have been working around the clock to prepare for Monday. I thank them for their service and preparedness. 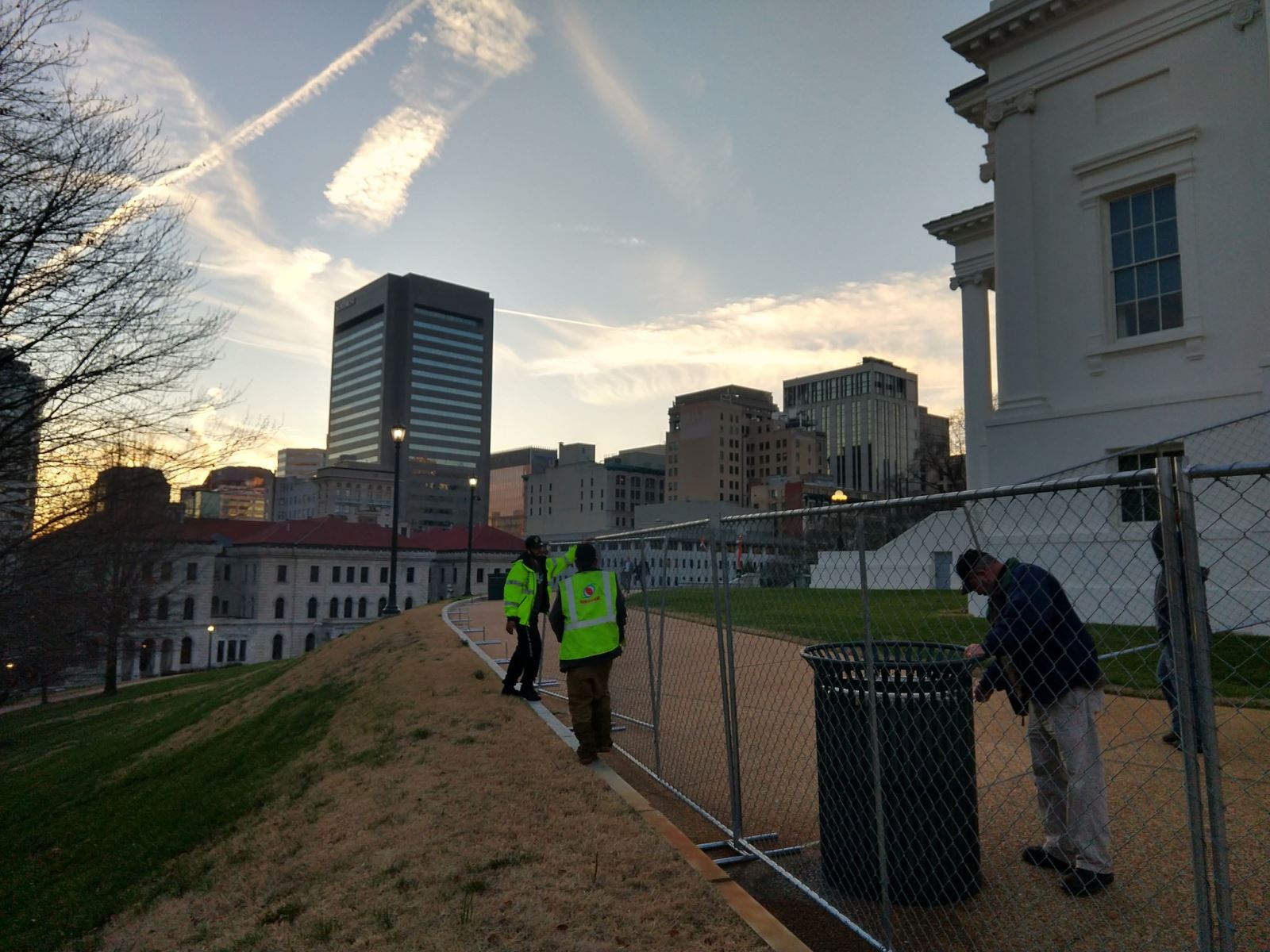 Police putting up barricades to protect us tomorrow
from armed violent right-wing extremists.

As an outspoken champion of gun violence prevention and the only lawmaker in the House or Senate carrying the single-most-hated bill of Governor Ralph Northam's agenda (the assault weapons ban), I know these goons have been trying to use the threat of violence to get me to back down.

But despite the threats, including some personal threats, I will go to work tomorrow.

I was elected because I promised to fight for laws that protect Virginians from extremists like those who will converge on Richmond on Monday.

And I intend to stick to that to promise.

Friday afternoon, I introduced my redistricting proposals that I crafted in collaboration with Brian Cannon from OneVirginia2021 and leading anti-gerrymandering experts around the country.

The two vital questions they resolve are:

1) who decides who draws the maps

My bill creates a tri-partisan independent commission to draw the maps, comprised of three Democrats, three Republicans, and four unaffiliated citizens.  Proposed maps would need support from members of all three groups in order to be sent to the General Assembly.

2) HJ143 is a Constitutional Amendment which, in addition to creating the citizens' commission outlined above, contains criteria to which the Commission must adhere when drawing the legislative and congressional districts and imposes certain requirements on the Commission's activities to ensure accessibility by the public.

The most important part of HJ143 is its criterion of fairness, the mathematical requirement that districts be fairly drawn. This cutting-edge idea, which I developed with the nation's top political-science professors who've studied ways to fight gerrymandering, is a bit wonky, but its basic principle is not difficult to understand.

Whatever maps the commission draws would be run through a hypothetical election based on the partisan leanings of every single precinct in Virginia.

The criterion of fairness necessitates that if Democrats and Republicans have a tie vote statewide, the resulting number of statewide districts would favor neither party.

Now it is just a model. No model is perfect. Unlike my gerrymandering game, votes are not a fixed number. Voters do change their minds. Candidates still matter. And that's a good thing. Indeed, that's what democracy is about. If voters were always completely predictable, we would not have upset victories in elections. Your vote still does count.

But lines should be drawn so as not favor either party.

My model would require maps to favor neither political party.

Not intentionally. Not accidentally.

A statistically derived "criterion of fairness" would prohibit unfair maps. 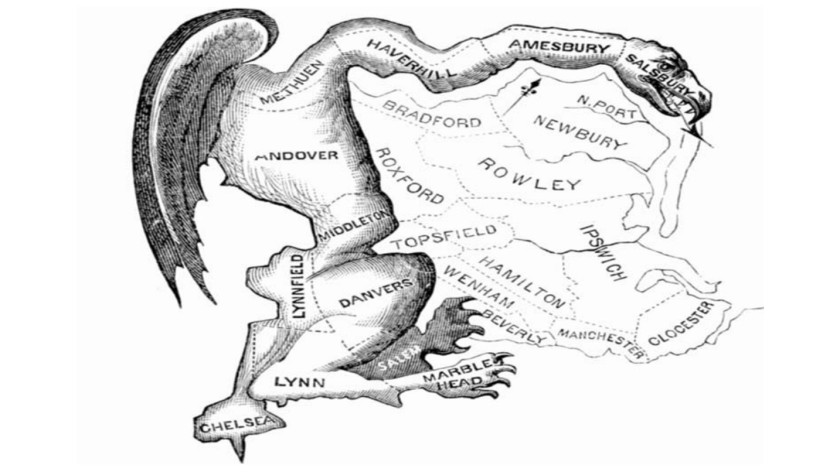 How does it work? How can we possibly determine how a precinct will vote before it does? And how do we weed out unusual elections where, say, people deviated from their usual party lines?

Virginia has only five statewide elections:  President, US Senator, Governor, Lieutenant Governor, and Attorney General. I purposely chose Virginia's Lieutenant Governor and Attorney General races to make the model on the theory that fewer Virginians know who the LG or AG are than know who their Governor, US Senate, or President is. People may have strong feelings about Trump or Clinton or McAuliffe, but my model presumes that most votes for LG or AG are generic party-line votes.

The model also requires we use the average of six elections -- the last three elections for LG and AG -- to smooth out particular election anomalies. For 2021, we would look at 2009 (Republican landslide), 2013 (close election, with AG race practically tied), and 2017 (Democratic landslide) to make the model. As this is a Constitutional Amendment, it would work 10 years from now too. In 2031, we would look at the six LG and AG elections of 2021, 2025, and 2029 to calculate the criterion of fairness.

How do we determine the results from a tie election when only one of those six elections was actually very close to a tie?  We uniformly shift the votes up or down in each election to create the exact tie for each election in our model. So if one party wins by 53-47, a six percent margin, we move 3% of the statewide winning candidate's vote total to the losing candidate's vote total in every precinct to create a 50-50 statewide tie. (It also works with a small third party. If the victory is 49-45-6, it becomes 47-47.) That way, although each precinct would retain its Democratic or Republican bias in the model, we mathematically force a statewide tie for the model.

Then we have a generic model for how that precinct would vote in a tied election. We apply the new maps to it, and if they meet the criterion of fairness, plus or minus a seat, we know we have prevented gerrymandering.

A bit wonky, I know. But provably fair based on an objective standard.

Want to help me pass these bills? Please contact your other elected state representatives and urge them to support them!

If you're interested in sharing a personal story related to a bill, or want to come to Richmond to testify in committee in support of a bill, please contact my Chief of Staff, Jacob Weinberg by clicking the link and he will work with you.

Pictures from the 2020 Session 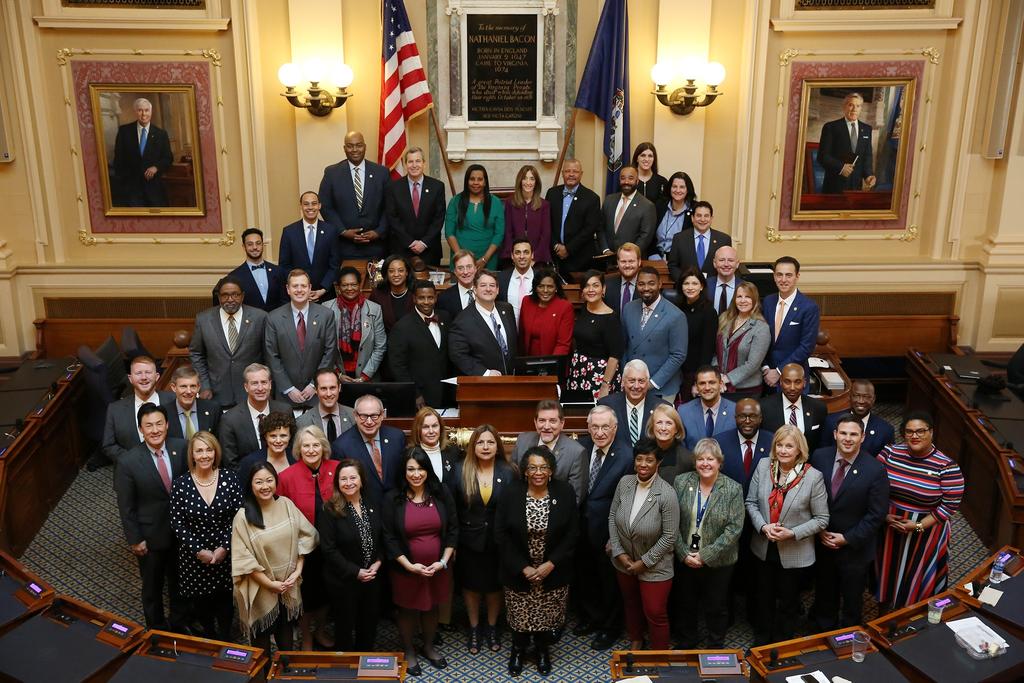 The House Democratic MAJORITY Caucus in the Chamber.
Can you spot me? 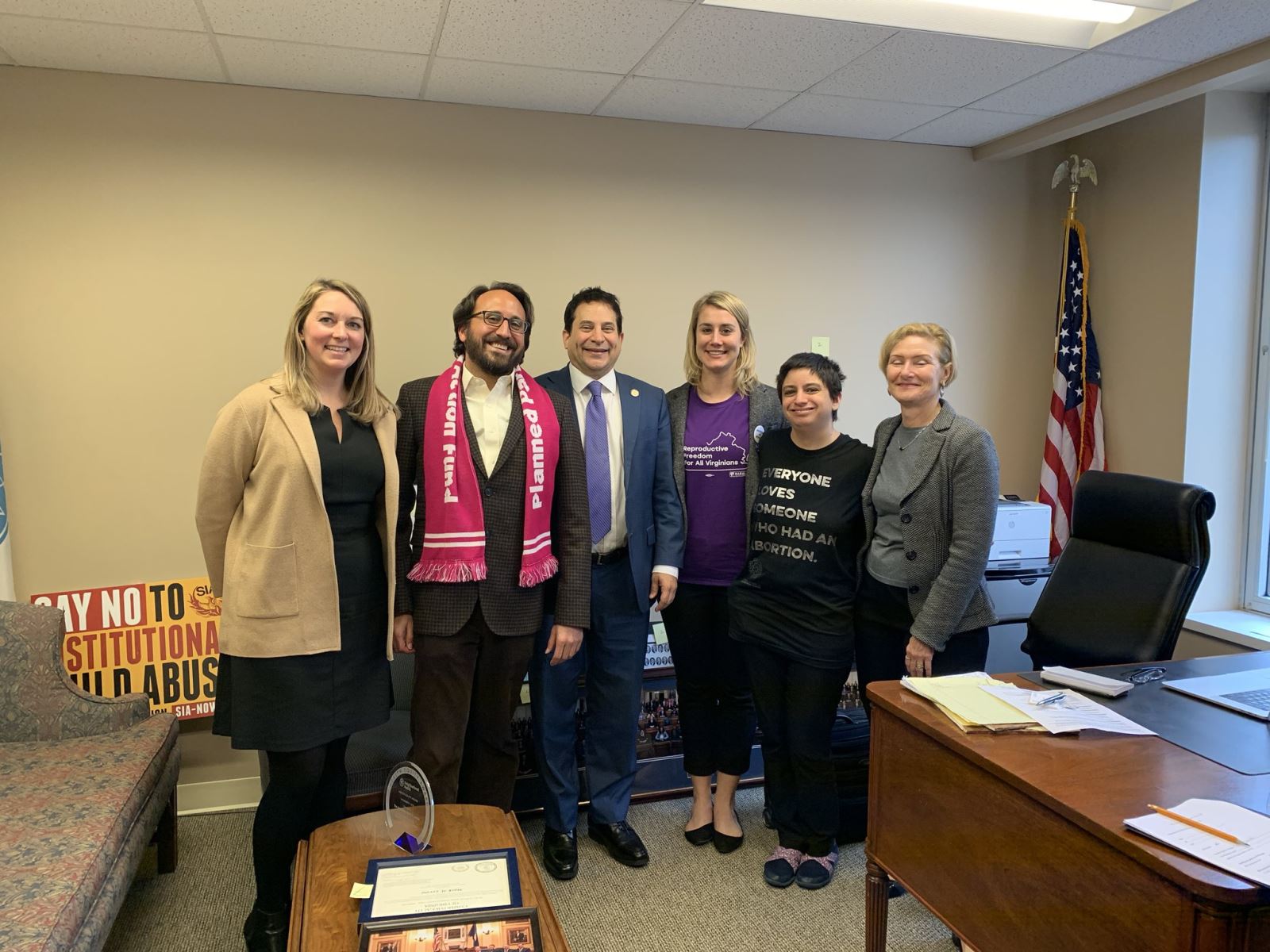 I stand with reproductive health advocates and Planned Parenthood of VA. 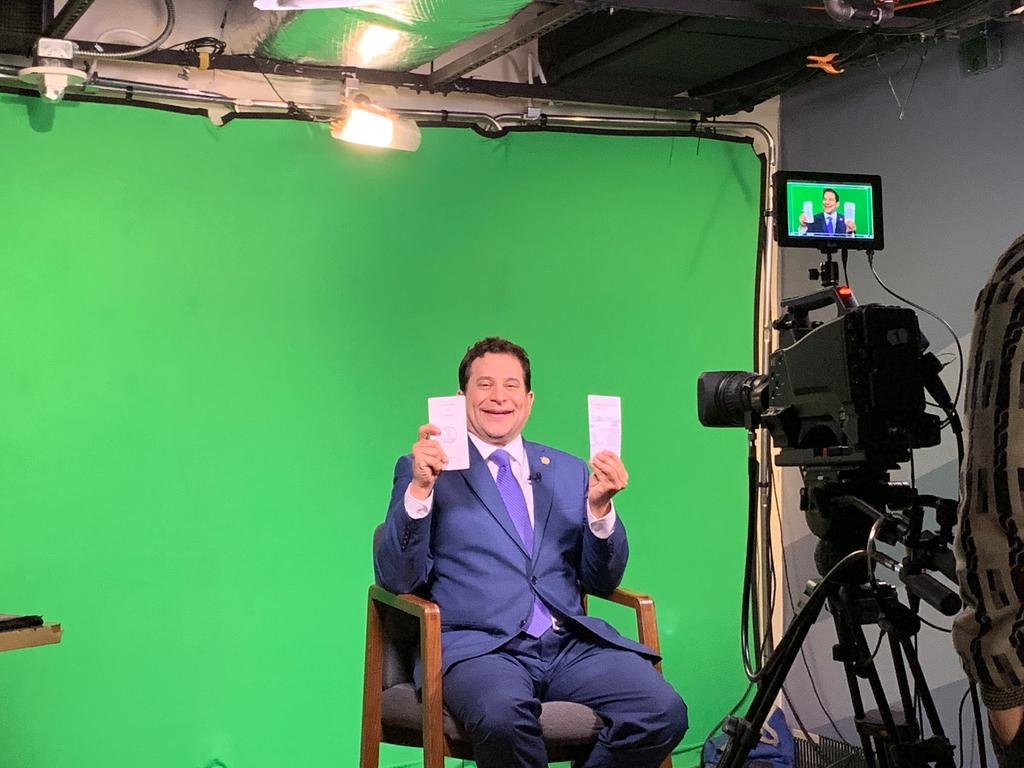 I'm armed with the Virginia and United States Constitutions.
I'm always prepared when I go on FOX. 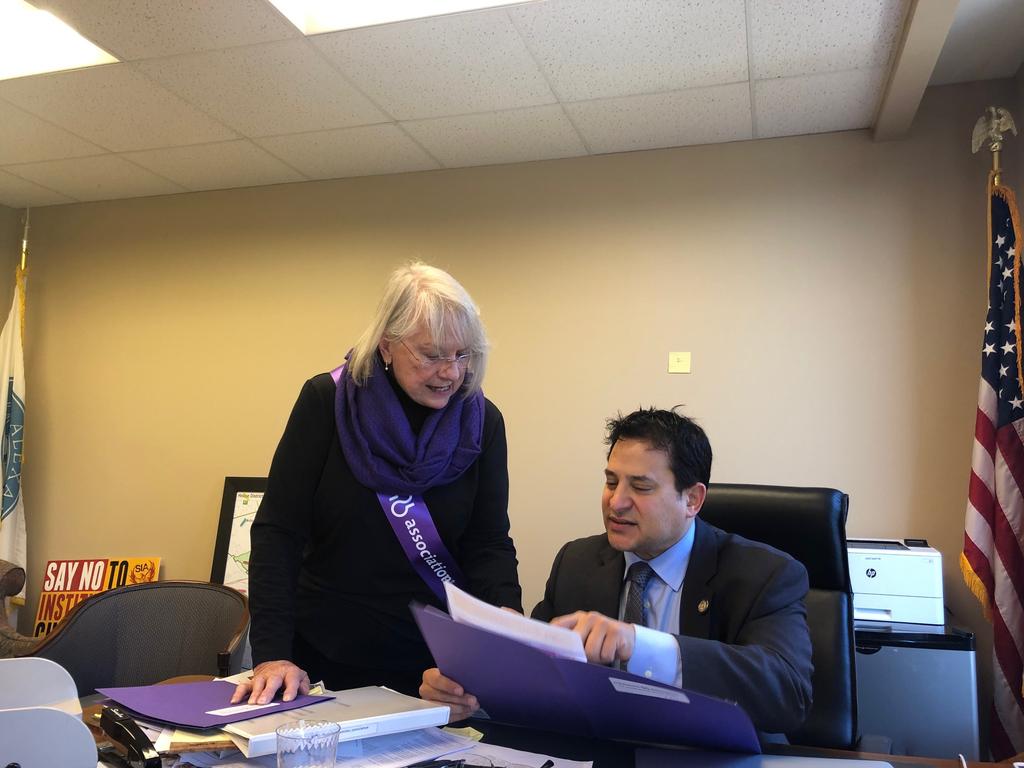 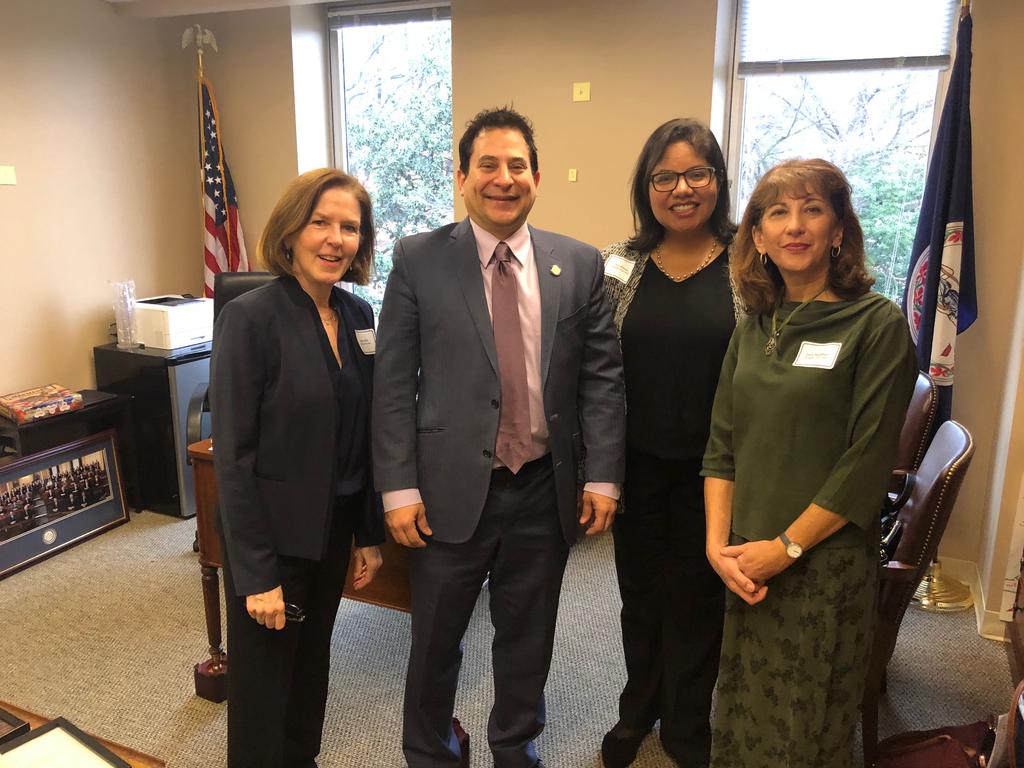 With leaders from the Arlington Free Clinic, which provides free, high-quality healthcare to low-income, uninsured Arlingtonians through generosity of donors and volunteers. 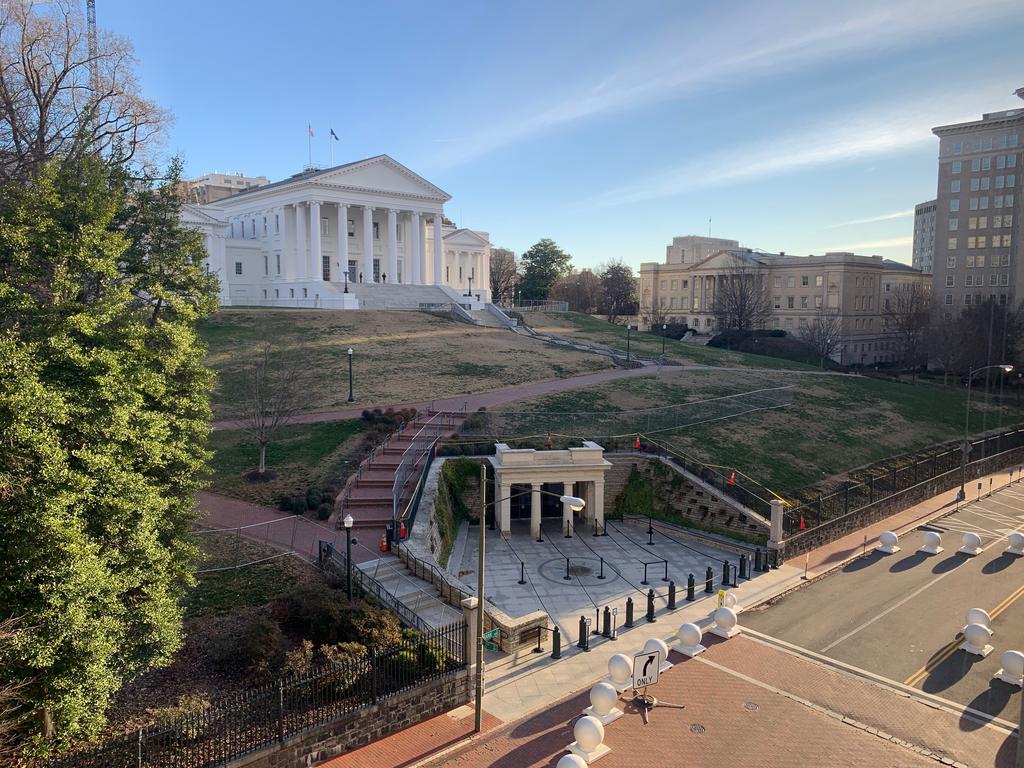