Formation of the Virginia Transparency Caucus

As I mentioned last week, most legislation in the General Assembly is heard not in public view in the ornate historical chamber of the House of Delegates, but behind closed doors in committee and subcommittee rooms in the workmanlike General Assembly Building. Although these meetings are open to the public and press, the majority of witnesses tend to be only those with a vested interest in the legislation. Oftentimes, legislation is rejected without even a recorded vote.

I plan to uphold what I call the Gold Standard of Transparency by directing my staff to video-record the proceedings on each of my bills as they come before subcommittee and committee. That way, every constituent can know exactly what was said and done on each of the 20 or so bills I introduce. I'll get my first opportunity on Monday, January 25th, and you can watch that here that afternoon. 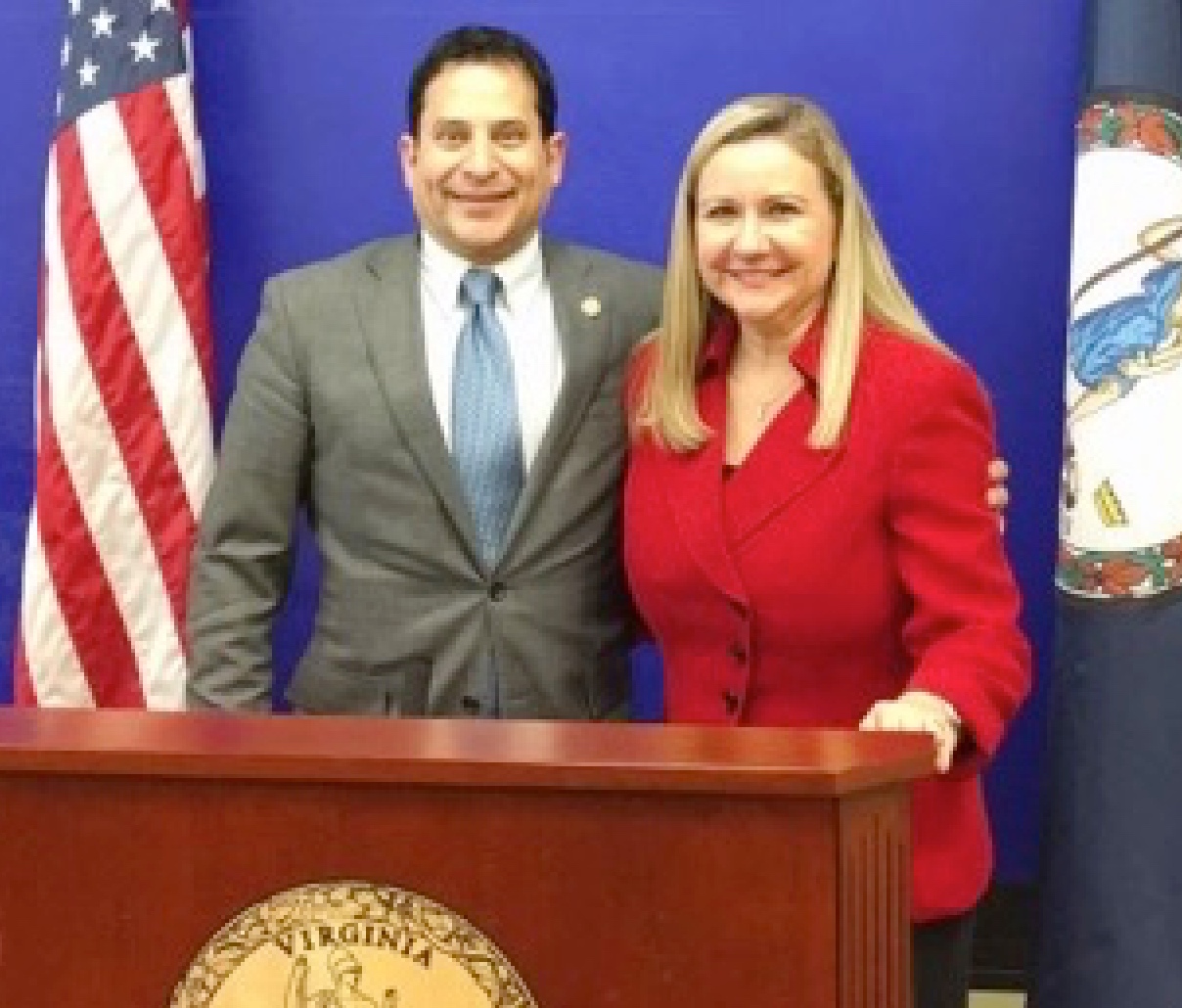 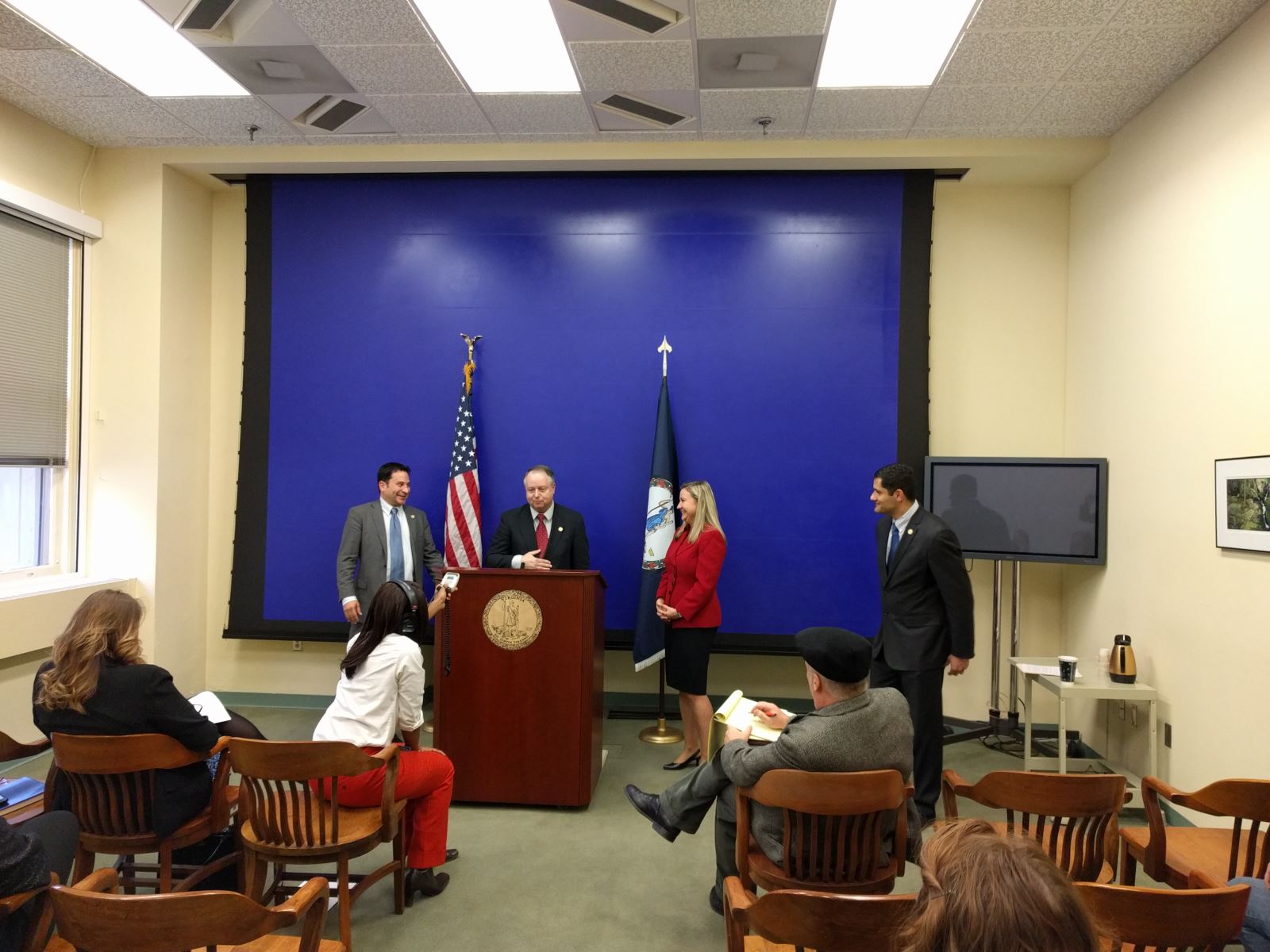 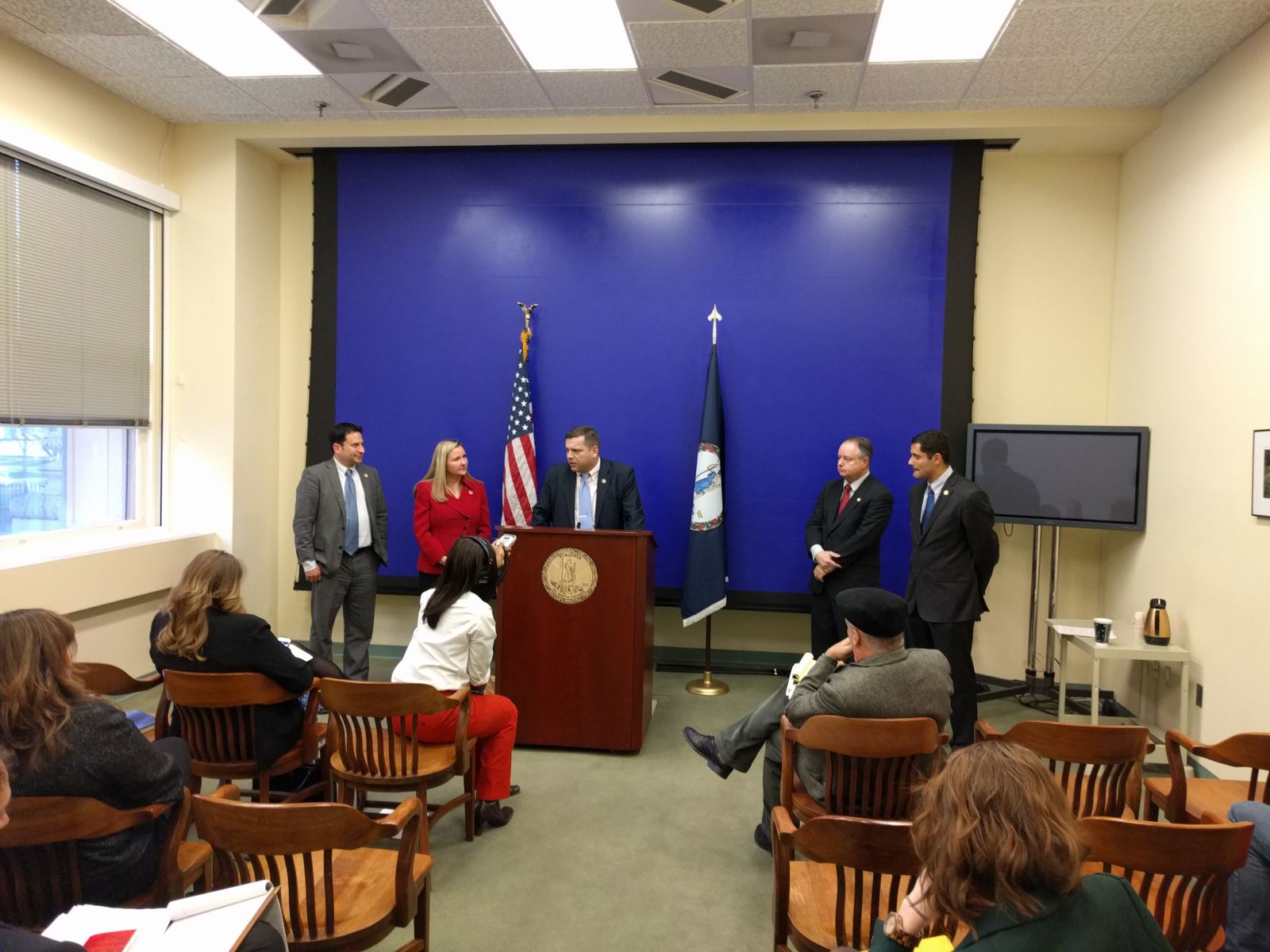 Working across the aisle with Delegate Chris Stolle (R-Virginia Beach), my first bill passed unanimously out of committee and in the House of Delegates. As Chief Co-Patron of Stolle's HB 222 (which incorporated my bill HB 1007), our bill would join Virginia into an interstate compact for recognition of EMS licenses. As more states join, our hard-working and dedicated emergency responders will be better able to cross state lines to save lives. We all remember their heroic efforts of DC firefighters after the terrible attack on the Pentagon in Arlington on 9/11. Making sure that we can bring our best to deal with such emergencies regardless of jurisdictional boundaries will be a win for everyone involved.

On Monday, January 18th, I sat for my first Science and Technology meeting. It was great to get started on important information security and aerospace issues with my colleagues and I look forward to continuing these efforts through the session. 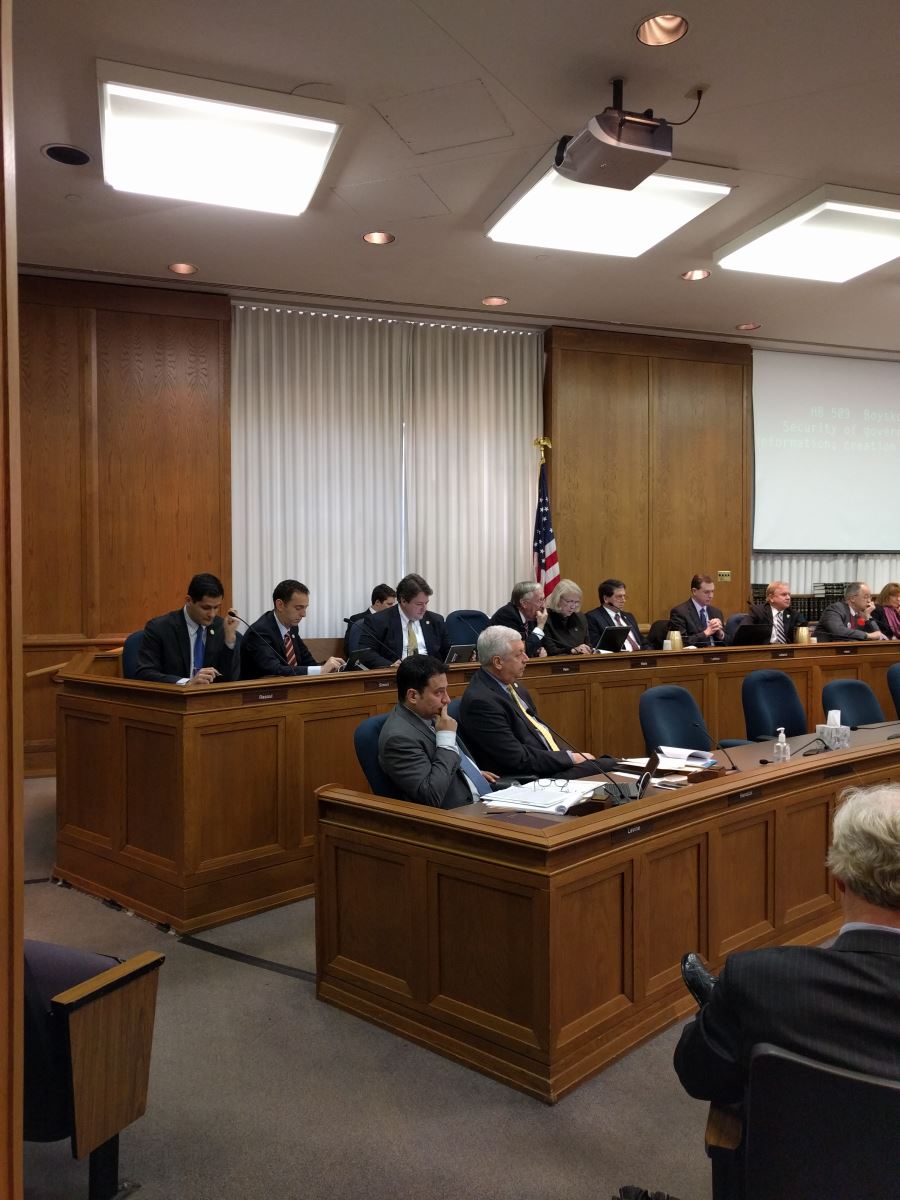 Mark in Science and Technology

The next day (and on Thursday) I heard many interesting pieces of legislation in Health, Welfare and Institutions as well as in HWI Subcommittee #2.

I also joined the Virginia Environment and Renewable Energy Caucus, chaired by my good friend Delegate Alfonso Lopez (D-Arlington), to hear the various bills put forward by that Caucus this session. 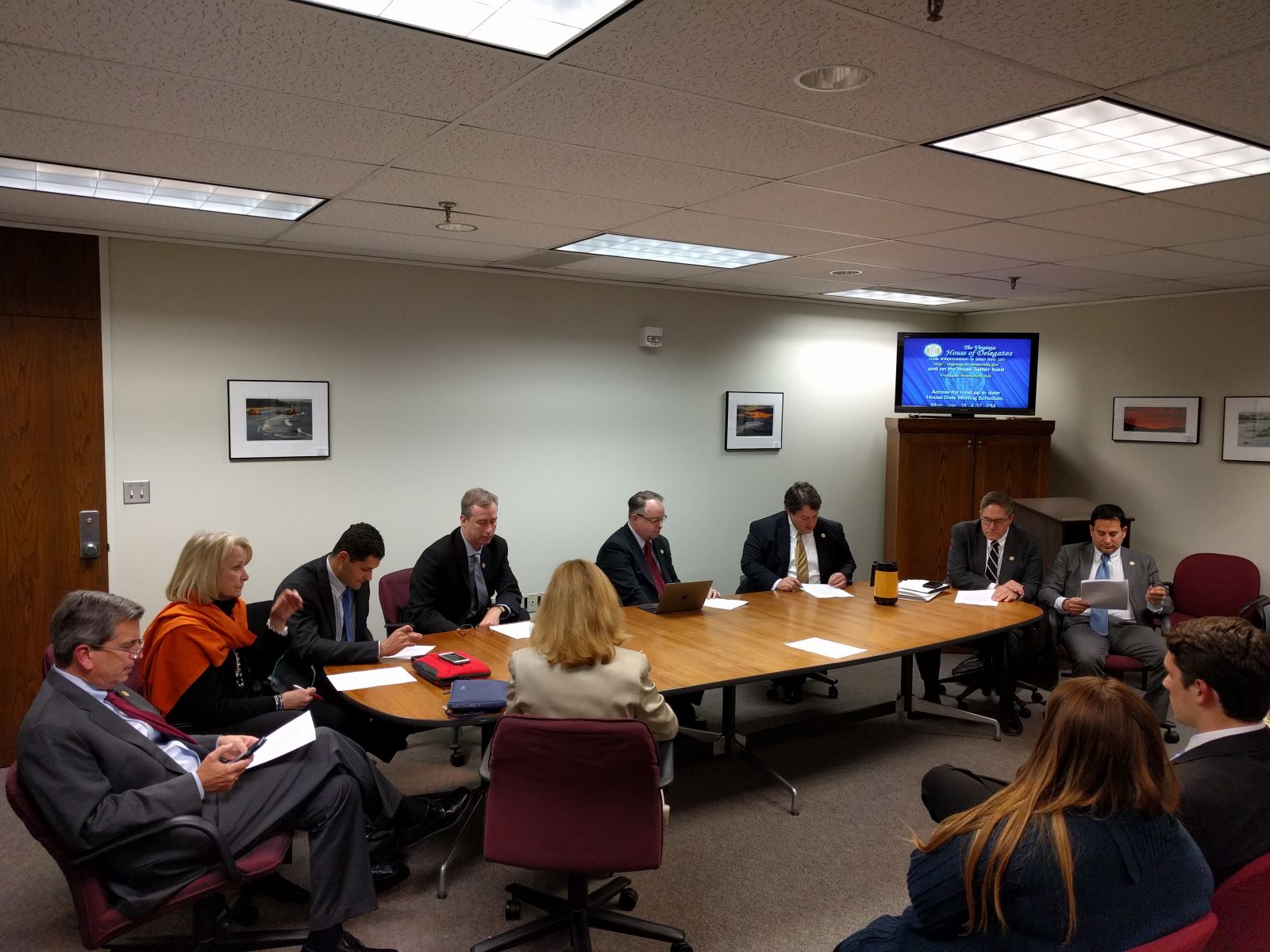 I was happy to see so many of my constituents come down on Monday with Moms Demand Action for Gun Sense in America. We strongly agree that we must enact common-sense gun-safety measures to help fight the scourge of gun violence that has been plaguing our communities. That's why I've filed bills that would keep guns out of the hands of terrorists and that would bring universal background checks to internet gun sales. We must work together to pressure all of our elected officials to support these necessary measures, and I applaud Moms Demand Action for the work that they do. 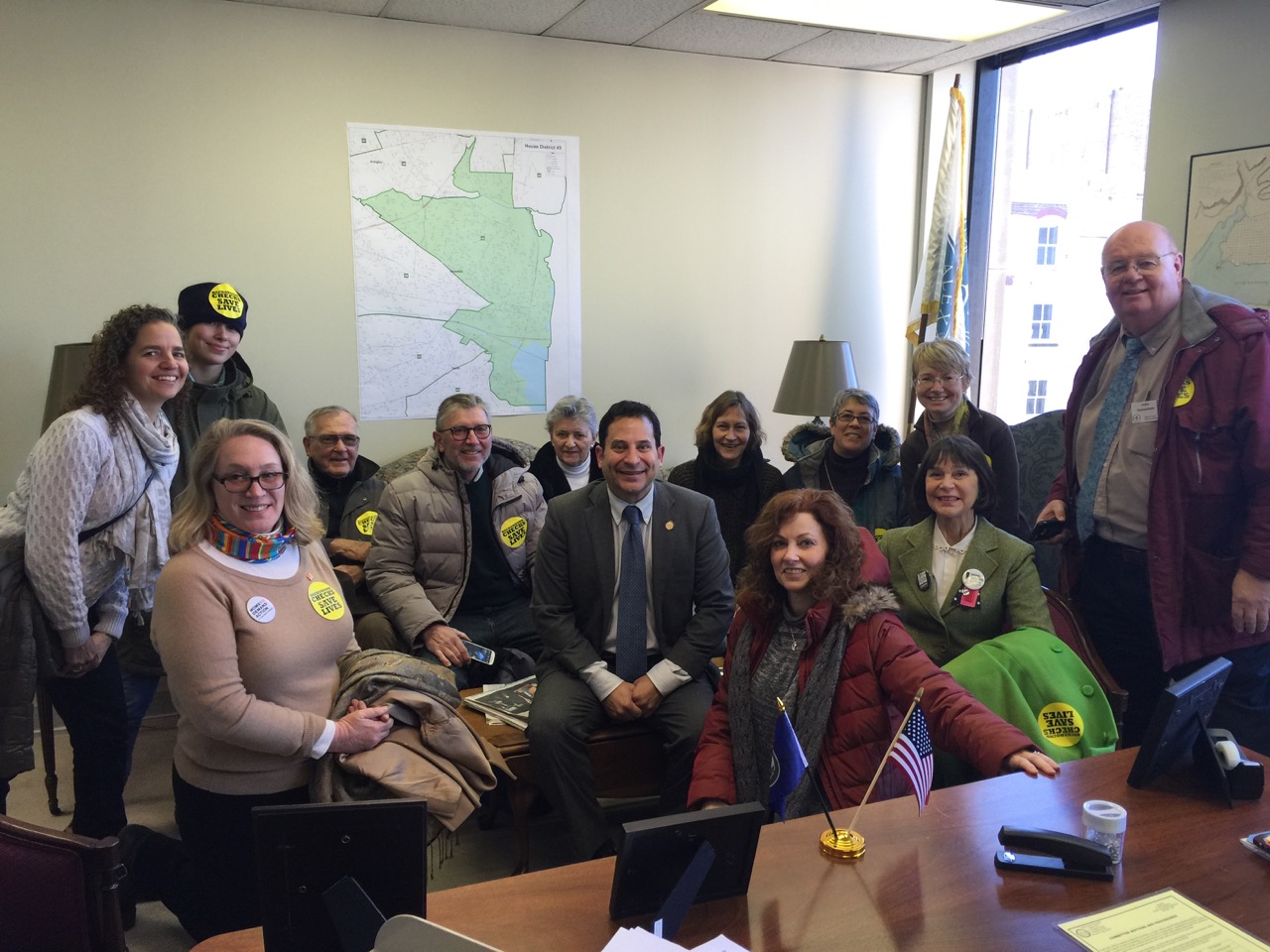 Mark in his office with advocates from Moms Demand Action

I also enjoyed my visit with the progressive Virginia New Majority and saw many old friends and supporters. It's a lot of fun to be lobbied by people to whom you can say, "Yes, of course. I agree on everything you want. Now go convince the others!" I guess that's one big reason I love representing the 45th. 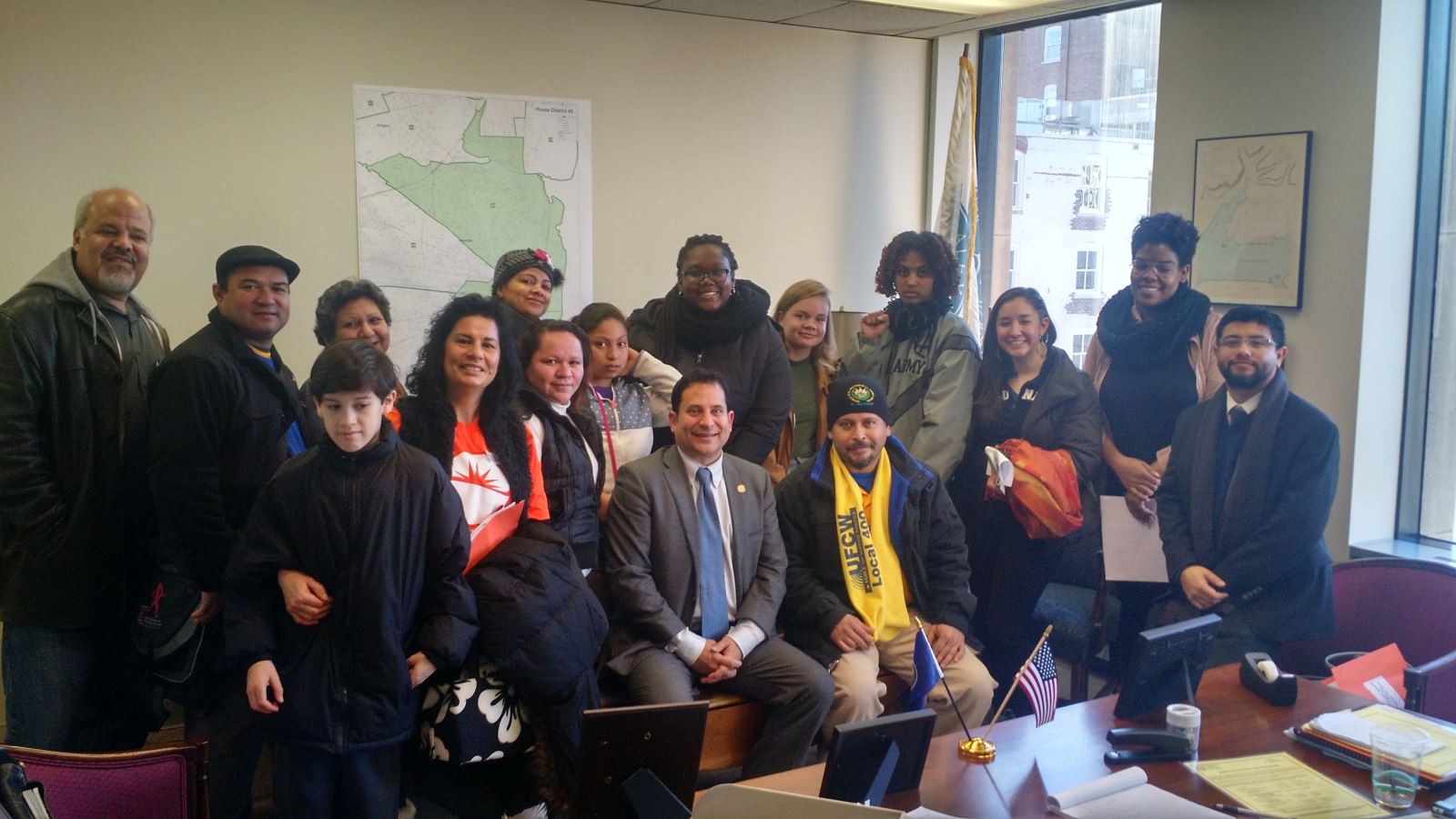 Mark in his office with advocates from Virginia New Majority

By now, the snow has left the East Coast, but it is still dangerous to travel. The storm was so powerful that it closed the General Assembly for the first time in 6 years! Here is some information that may be useful:

It's my honor and pleasure to serve you.