I've already sent out a brief summary of what happened at this week's General Assembly's Special Session on Gun Violence. In short, Virginia Republicans laid out their clear agenda to reduce gun violence:

Perhaps that was too brief. I could have added three more items to their detailed agenda:

While I wanted to let folks know what happened as quickly as possible, as longtime readers of my newsletters know, I am not one to spare you any detail about what goes on in Richmond.

So, I write you today to share with you a more detailed accounting of what did - and more importantly, did not - happen at our Special Session.

Hundreds of advocates for common-sense gun legislation showed up yesterday to make clear that what Virginia needs is votes and laws, not thoughts and prayers.

People came ready to debate, to compromise if necessary, and to help reduce the more than one thousand Virginians gunned down every year through suicide, murder, and accidents. 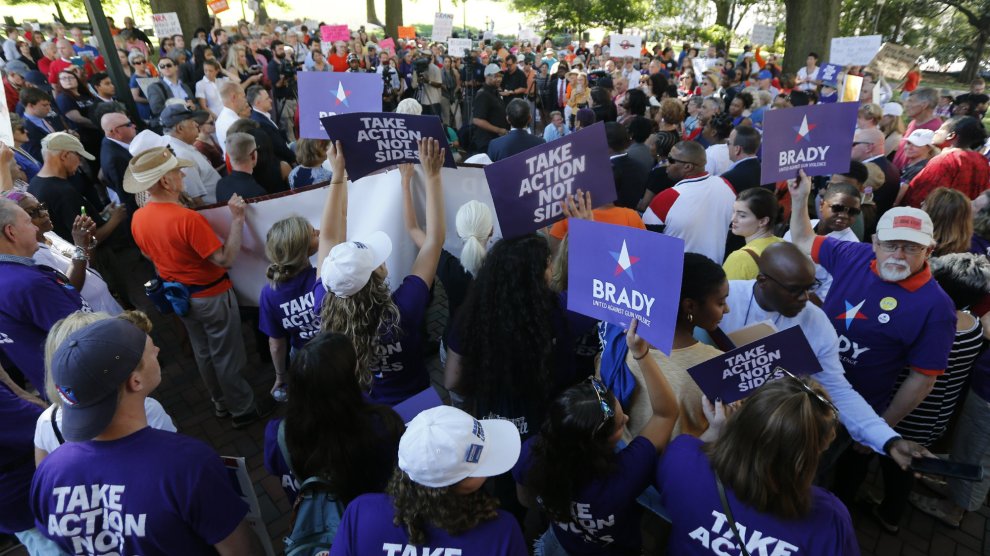 It was very crowded outside the Capitol, as supporters of reducing gun violence
appeared to outnumber supporters of the status quo by at least 5 to 1.

Republicans had their allies, too. 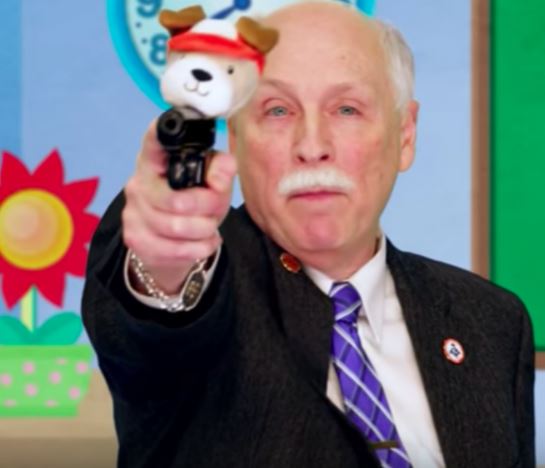 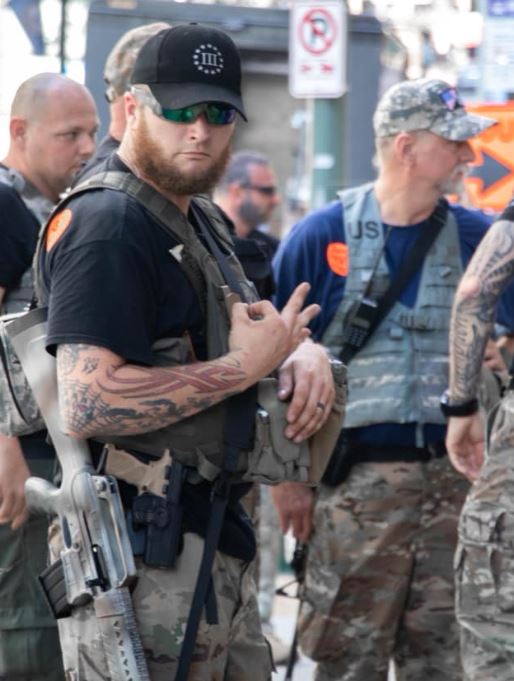 On the left is Philip Van Cleave, President of the Virginia Citizens Defense League.
On the right, a member of the "Three Percenters Militia" outside the Capitol on Tuesday.
(Suffice it to say, this was not the "well-regulated militia the Second Amendment contemplates.)

Summary of the 90-minute House "Session"
(Session lasted 73 minutes in the Senate.)

2. Republicans introduced a motion for legislators to get paid for the session.

3. Democrats used the introductory time to eloquently speak about the scourge of gun violence and the need to stop it. (See below.)

3. Republicans made a surprise motion to adjourn without conducting any legislative business.

4. Every single Democrat voted to consider proposals to reduce gun violence in Virginia.

6. Every single Republican voted to refuse to allow any debate on any proposal to reduce gun violence, until Virginia voters elected new representatives in November.

My Democratic House colleagues and I, knowing House Republicans were unlikely to give any of our sensible gun-violence prevention proposals a fair hearing, used the standard "Morning Hour" - a time typically reserved for personal speeches and more ceremonial statements - to make the case for our legislative agenda.

The Speaker, well aware that we were trying to do our jobs and actually prevent gun violence while his caucus was determined to do nothing and go home as soon as possible, insisted that no one speak longer than two minutes and that all of us speak no longer than hour. But in our short time, we made an impact:

Delegate Kelly Convirs-Fowler, who represents Virginia Beach, spoke powerfully about the impact the recent mass shooting has had on her and her constituents.

Delegate Chris Hurst, who knows all too well the pain of losing a loved one to gun violence, and represents a Virginia Tech community that still bares the scars wrought by gun violence, spoke about the need to act now before another tragedy occurs.

Delegate Ken Plum, our longest serving member who has been serving since 1978,spoke on just how extreme Republicans have become on the issue of gun violence since he first came into office. His protest of the Speaker cutting off speeches caused the Speaker to relent and allow delegates three more two-minute statements.

I used my two minutes to speak about the Governor's bill I had introduced, HB4021. My bill would have reinstated the federal military-style assault weapons ban which from 1994 to 2004 dramatically reduced the massacres that are increasingly common today, from Virginia Tech to Virginia Beach. The bill would also have banned high-capacity magazines (designed to kill as many people as possible prior to the killer reloading), sound suppressors (which help a killer surprise victims by masking the sound of gun shots), and bump stocks (which convert semi-automatic weapons into near-machine guns and are so dangerous they have been temporarily banned by the Trump Administration).

In my speech, I said:

"If there are issues with the way this bill has been drafted, I welcome anyone across the aisle to come to me and let's develop a reasonable compromise together. But doing nothing is not an option. We are tired of funerals. This is a bill about stopping the next mass murder, not the last one." 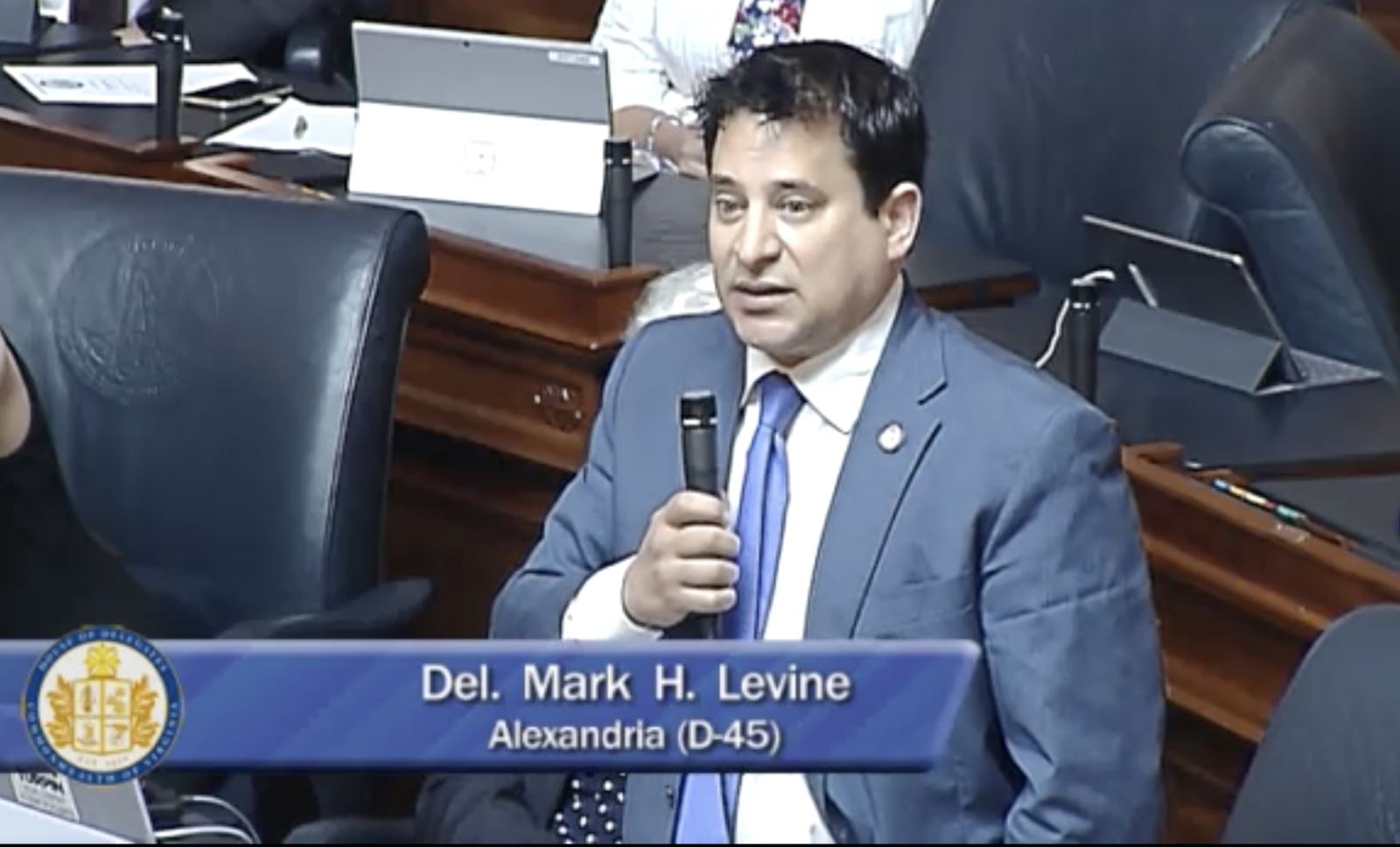 Click the picture above to hear my two-minute speech.

Unfortunately, the short speeches we gave on the Floor in which we outlined our agenda would be the only opportunity we would have to discuss our bills. We didn't even get to mention all eight of them. That's because Republicans, just 90 minutes after the session began, voted to adjourn the session and ban any debate or discussion of gun bills until after Election Day (November 5, 2019).

After the full House Floor session adjourned, Republican majorities on both committees that were tasked with discussing the various gun safety proposals - the Militia, Police, and Public Safety Committee (on which I serve), and the Courts of Justice Committee - spent about 15 seconds killing the 20 bills in bloc on a party-line vote. They Chair ruled no debate would be allowed.

And every Republican backed him up, with a party-line vote to disallow any discussion on any proposal to try to reduce gun violence.

The bills would be sent to be studied,
Year after year after year,
As thousands more Virginians are gunned down
And would keep being gunned down
For as long as the Republicans
Retain their majority in Virginia.

Here's what Republicans' abdication of their job as legislators means for Virginia:

-- it remains really easy to commit mass murder in Virginia, using military weapons designed for that purpose (rather than hunting or self-protection);

-- firearms accessories so dangerous that even Trump and many members of the NRA would ban them, will remain on the streets;

-- it will remain legal to sell guns to violently-deranged wannabe killers. Per current law, no background check will be required for private sales, even to absolute strangers. This ensures that gangs, terrorists, and people known by the state to be dangerously insane can continue to be legally sold weapons designed for mass murder. Seller can continue to advertise, "I will sell assault weapons with large caches of ammunition to anyone. No questions asked" and do so.

-- lost and stolen guns do not have to be reported to local law enforcement, making it much easier for gangs and other dangerous people to get their hands on them; and

-- domestic abusers will continue to have ample opportunity to purchase the weapons they desire to gun down their family members. No state law would prohibit sales to them or be able to enforce weak federal prohibitions that exclude private sales.

Editorials against Republican inaction were scathing:

"NO DEBATE. No action. No legislation. Total abdication.... The utter failure to rise to the governor’s challenge to address this issue — which Mr. Northam rightly called an emergency for both commonwealth and country — should prompt Virginia voters to take their own action. Come November, they need to vote out of office those who showed such contempt for the public interest that they refused even to consider — let alone pass — sensible gun-safety measures...

The only way these measures will have any chance of being considered, voted on and enacted is if the equation of the General Assembly changes with the election of lawmakers who put public safety ahead of the interests of the gun lobby."

"None received substantive discussion, and an opportunity to thoughtfully debate modest gun measures, to seek common ground on a thorny issue, was wasted.

Instead, lawmakers did nothing. They left town rather than talk. They'd rather voters -- who overwhelmingly support action to curb violence -- decide. So be it."

The good thing is, you can do something about it.

What exactly, can you do?

My Fifth Annual Fireworks on the Potomac

where proceeds go to elect such legislators in the Virginia House of Delegates. 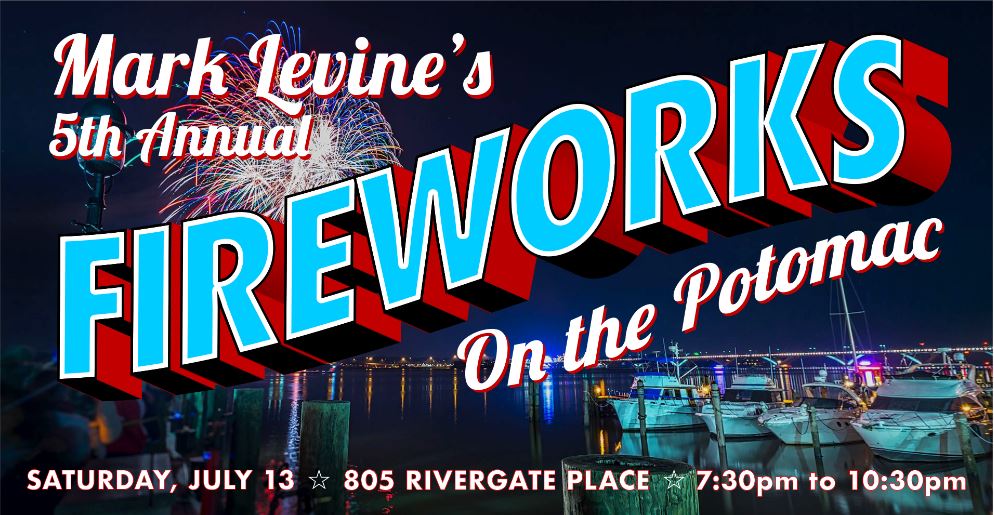 My annual tradition of hosting friends and supporters for a fun night of food, drinks, and fireworks at my home in North Old Town and on the lawn on Rivergate Park just outside my back door continues tomorrow, Saturday, July 13, 7:30-10:30pm.

Sure, this is a night of fun, but its goal is very, very serious.
Help us take the majority and make Virginians safer. 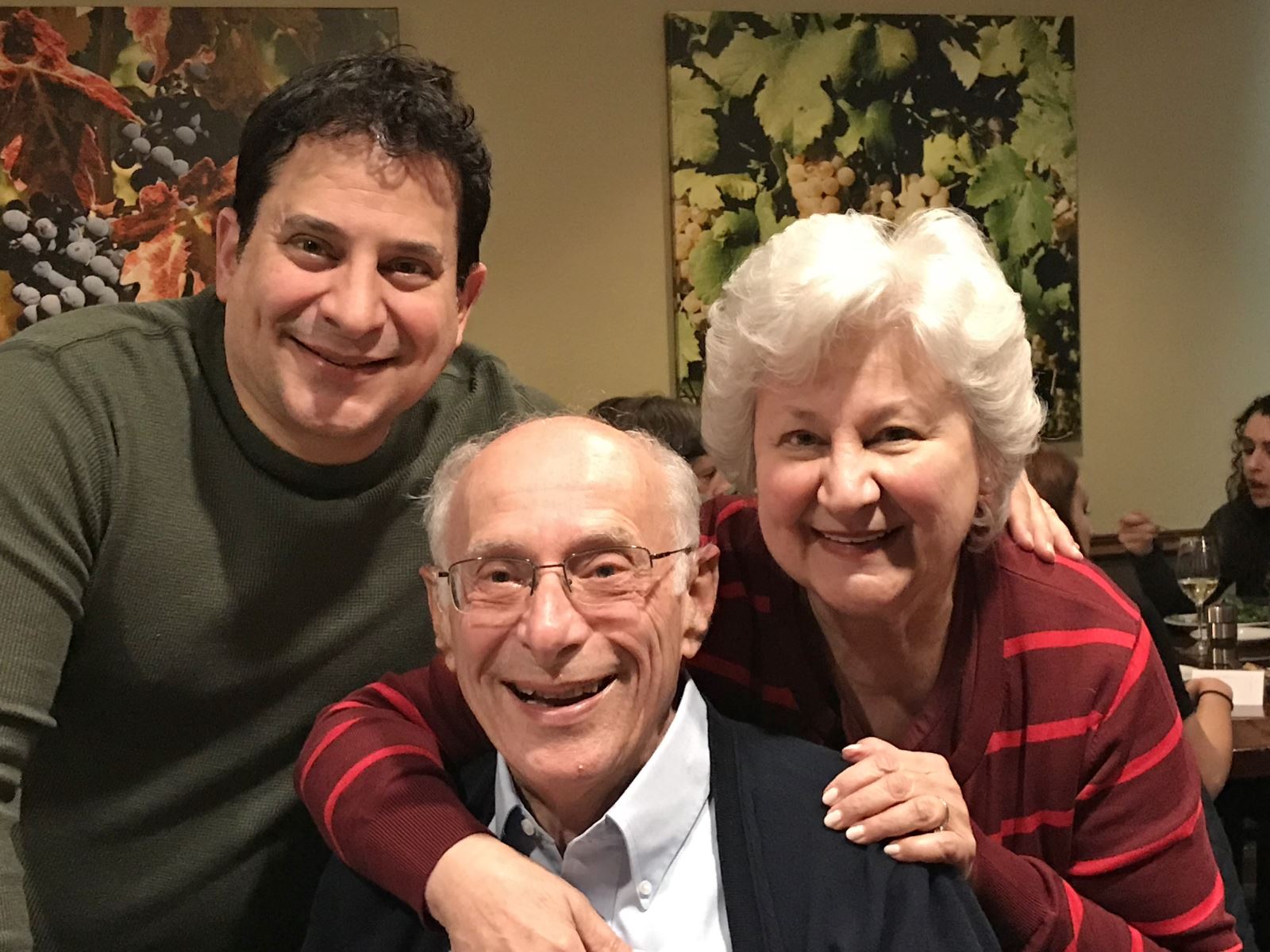 Come meet my parents, Larry and Carolyn, at the party!