Photos: Lights For Liberty at Alexandria's Market Square
The Zebra

First, I want to let you know that my Monthly Meetup will be this Sunday, July 21, at Los Tios in Del Ray, from 1-3 pm. Please note the earlier time for this meetup: it is starting and ending an hour earlier than usual, so that I may timely attend a celebration at Alexandria's Black History Museum. (See Upcoming Events at the bottom.)

Feel free to drop by. Come late or leave early, at your convenience. This is not a fundraiser. It's just my chance to speak in a small group with you about whatever's on your mind. And that's why I do it every month.

Now, on to the main content of the newsletter. 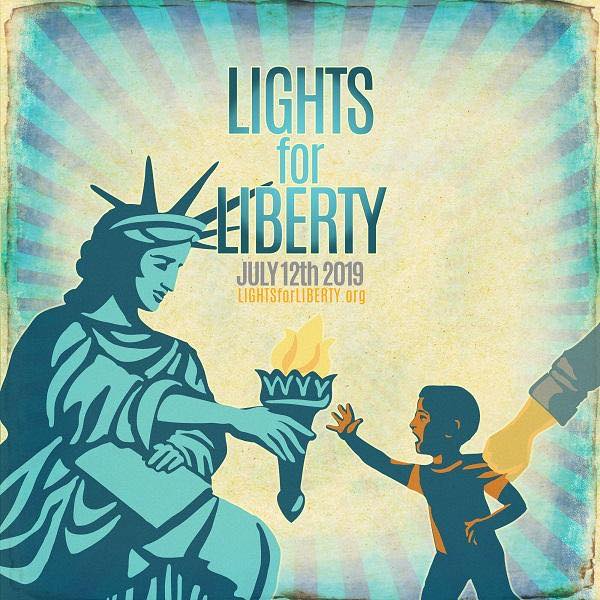 Immigrants and refugees make America a better place and deserve to be treated with respect and dignity.

Every single day, the occupant of the White House makes clear he doesn't see things the same way. He's fine with the ones who are not black or brown (and has married some of them). But he sees black and brown immigrants and refugees as less than human, a way for him consolidate his power within his racist base.

You can watch my speech by clicking here or the photo below: 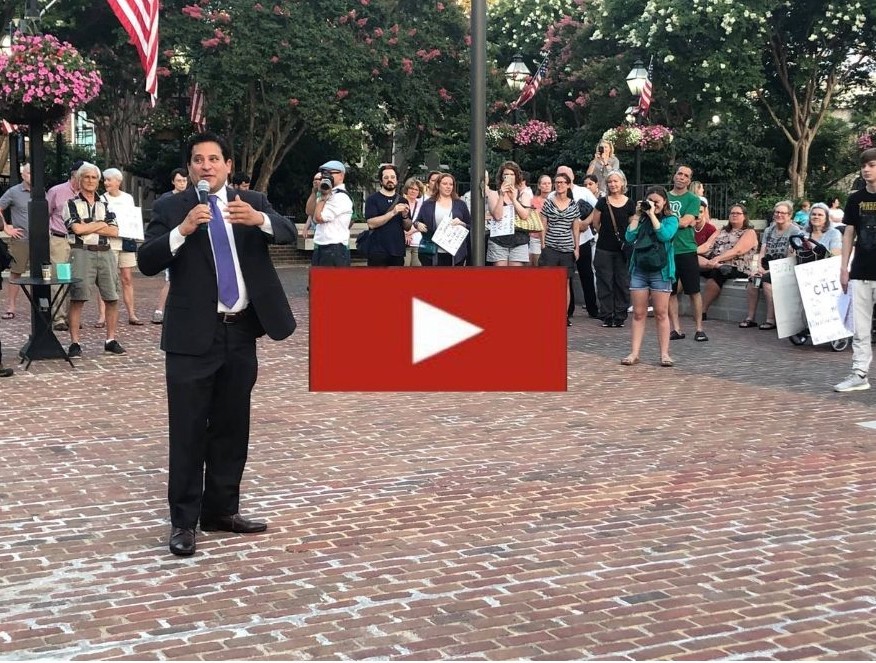 Click image above to watch my speech at Lights for Liberty. 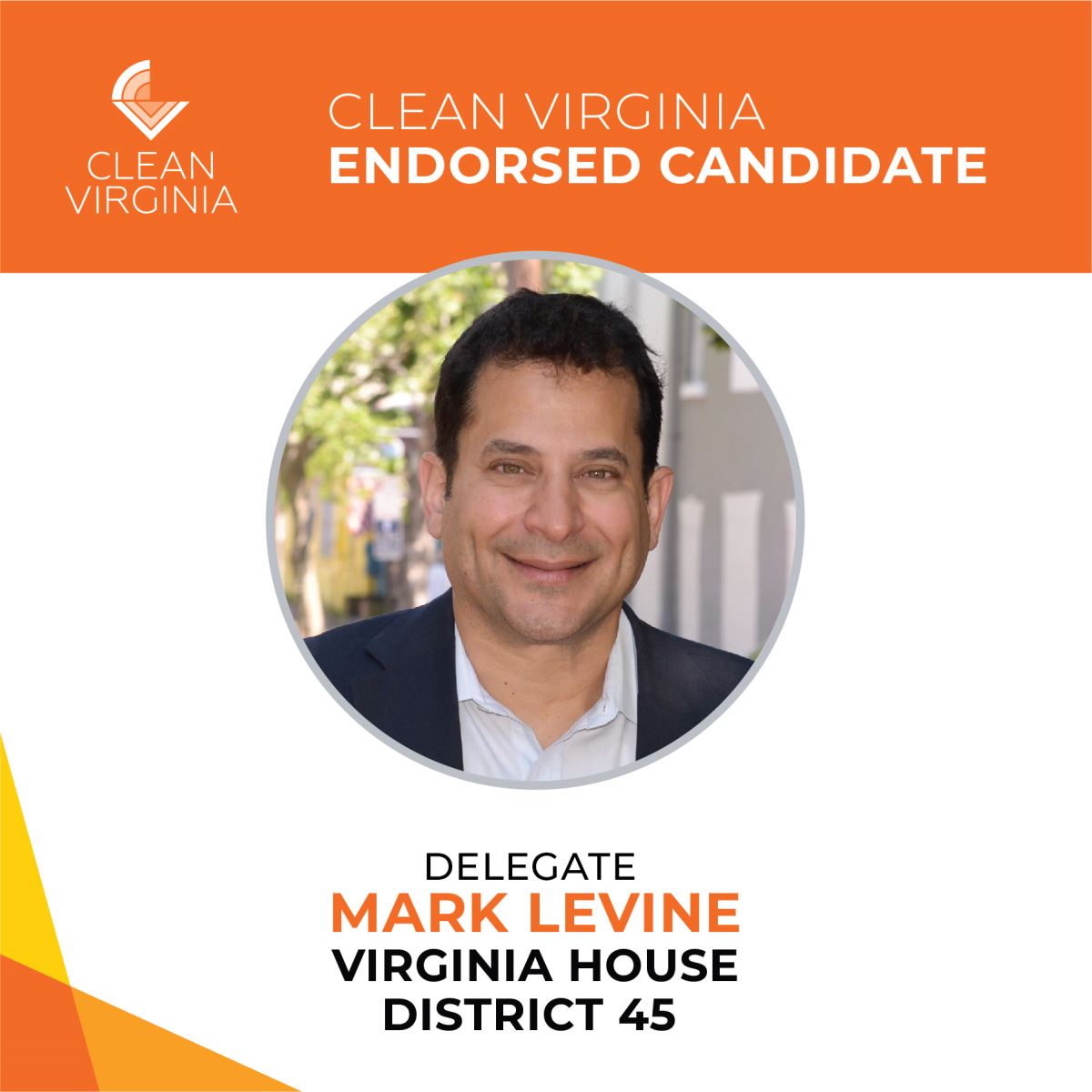 I am honored to be endorsed by Clean Virginia, whose mission is to "advance clean government and clean energy by fighting monopoly utility corruption in Virginia politics."

Promoting a clean environment and getting government-regulated monopoly money out of politics are certainly two goals I heartily share with Clean Virginia.

And I'm proud of Alexandria's efforts as well.

By a unanimous vote, the City Council adopted the Environmental Action Plan (EAP) 2040, an update to Eco-City Alexandria’s comprehensive roadmap for creating a thriving, sustainable community. This action followed City Council’s unanimous adoption of a Green Building Policy on June 22.

This forward-looking plan for climate action and sustainability includes commitments to reduce community greenhouse gas emissions 50% by 2030; expand rail, bus, bicycle, and pedestrian infrastructure; and ensure that all new construction is carbon neutral by 2030.

The state legislature has an important role to play in helping Alexandria achieve its goals. Under the Dillon Rule and recent Republican majorities, the state legislature has historically given local governments very little autonomy to make decisions about how to best serve their residents. I will continue to do everything I can to make sure the Virginia legislature helps Alexandria -- and any other similarly ambitious locality -- meet their goals and create healthier, more sustainable communities.

Which is Worse:
Virginia Republicans or the NRA?

It's a Trick Question.
Virginia Republicans work for the NRA. 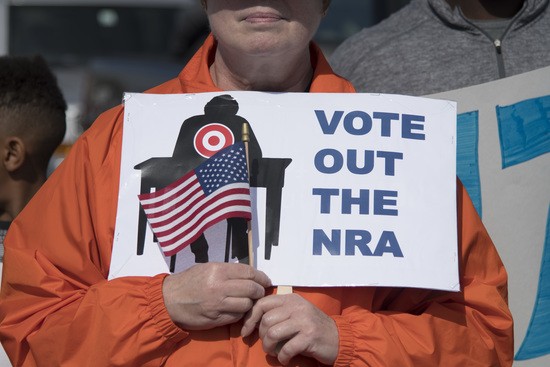 A recent article from The Washington Post should dispel any remaining doubts about for whom the Republican majority in the legislature works. Here's a hint: it ain't the people of Virginia. The GOP majority works for the NRA and for those who wish to take no action to stop gun violence.

During the July 9th special session on gun violence that the Speaker adjourned after just 90 minutes, without allowing any debate or votes on any legislation:

The NRA literally used the Speaker's office as their own headquarters.

Speaker Cox had a secret plan to deny all debate and quickly adjourn the session until after this November's elections. His goal was to avoid forcing his Republican members (or himself) from having to take accountable votes against background checks, against penalties for providing loaded guns to a child under five, and against domestic violence victims' right to live free from fear. He did not want the Virginia public to know that Virginia Republicans would uniformly vote yet one more time to keep it legal to sell firearms to criminal gangs, the insanely violent, and terrorists (no questions asked!), complete with bump stocks to create the functional near-machine guns that even the Trump Administration opposes. Republicans wanted to suppress voters' knowledge that they consistently vote both to arm toddlers and to keep Virginia one of the easiest states in the USA for men with long histories of violent abuse to obtain the weapons they need to gun down their wives and children.

Virginia Republicans are clear: they will agree to punish a suicidal maniac after he murders a dozen others and turns the gun on himself. But as to preventing the thousand plus Virginians killed in gun violence every single before it occurs, their response is a firm:

So the Speaker had his scheme, but he kept it a big secret not only from us Democrats but also from most of the Republicans in his caucus. Cox didn't see the need to inform the elected representatives of the people of Virginia that he would quickly disallow debate and deep-six all the bills in the session, but he did inform his bosses at the NRA. From the article:

"NRA officials enjoy access to top politicians. Virginia GOP leaders spent weeks before the special session in frequent communication with NRA experts, who provided guidance and research on how gun-control measures had fared in other states, according to several people familiar with the interactions.

While Democrats were stunned by the way the GOP leadership shut down the special legislative session, the NRA knew about the move ahead of some rank-and-file Republicans."

The Republicans did propose and pass one measure -- to pay legislators for the session -- and then they abruptly shut it all down.

Next year, we can pass new laws that will protect Virginians
from gun violence and save hundreds of lives.

Help us elect a Democratic majority this November, and we will.

CNBC just released the results of their annual review of how "business-friendly" different states are. For the fourth time in the 13-year history of the rankings, Virginia was found to be the top state in the country for business.

But CNBC apparently defines business as what's good for the billionaires who are overpaid to run international corporations. The rating doesn't appear to analyze what's good for the workers or consumers in each state. In fact, CNBC ranks "anti-worker" laws as a solid plus for "business," despite the clear harm they provide to working people.

On the scale of what's good for the mass of people of the state (as distinct from the few CEOs who run corporations in the state), the anti-poverty organization OxFam America ranked Virginia as the absolute worst state for workers in the entire country in 2018. We were ranked dramatically below the three states just ahead of us, Mississippi, Alabama, and Georgia.

It's not just that Virginia is an "anti-worker" state, with laws designed specifically to weaken workers' ability to organize and bargain collectively. Virginia also has a rock bottom minimum wage, no paid family medical leave, and it prohibits localities from doing better for workers in their locale, even if local governments want to!

I'm confident Virginia's OxFam rating will dramatically change in 2020 if we take over the majority this fall. Just my bill to allow localities to raise the minimum wage and my bill to institute paid family medical leave would make a huge difference for Virginia workers. 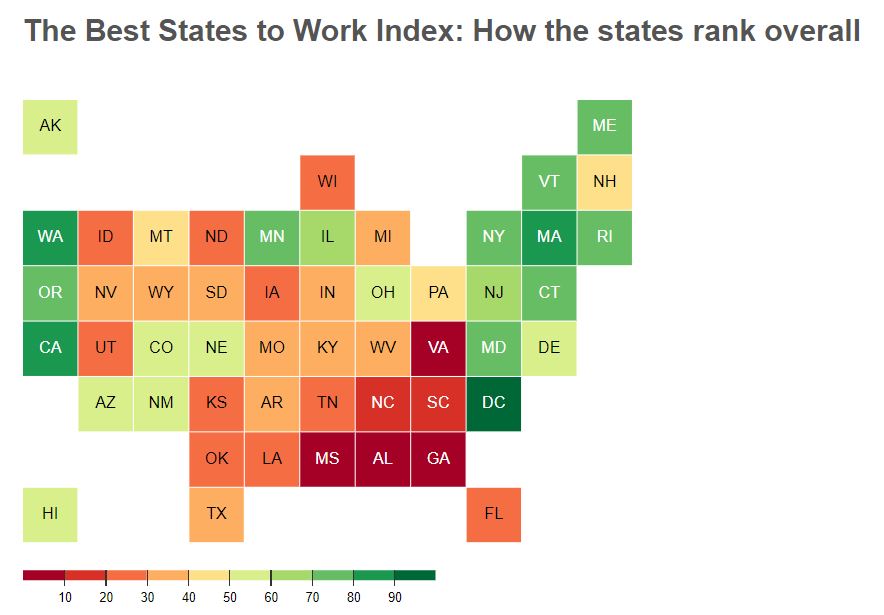 Virginia is ranked dead last, dramatically below the penultimate state of Mississippi.

My Fifth Annual
Fireworks on the Potomac

Thanks again to the more than one hundred people who joined me for my Fifth Annual Fireworks on the Potomac fundraiser for House Democrats this past Saturday.

It was a great event. Here are just a few photos from the night. 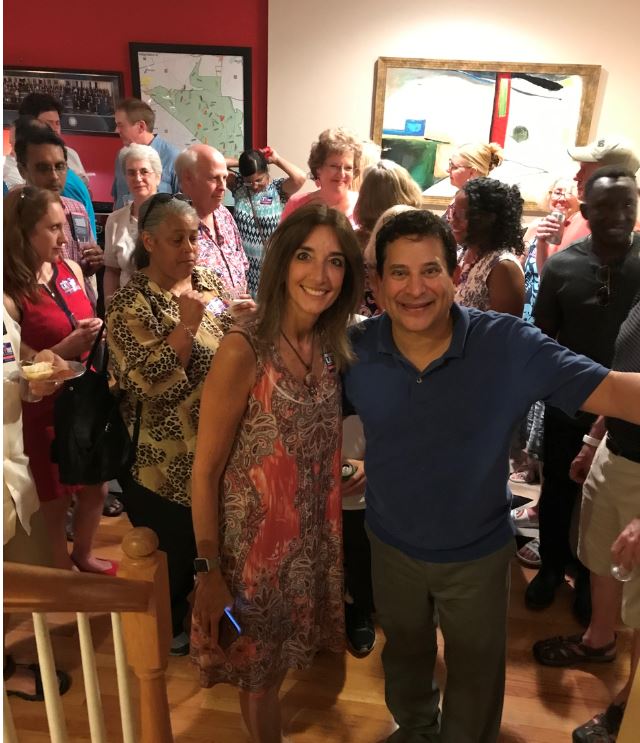 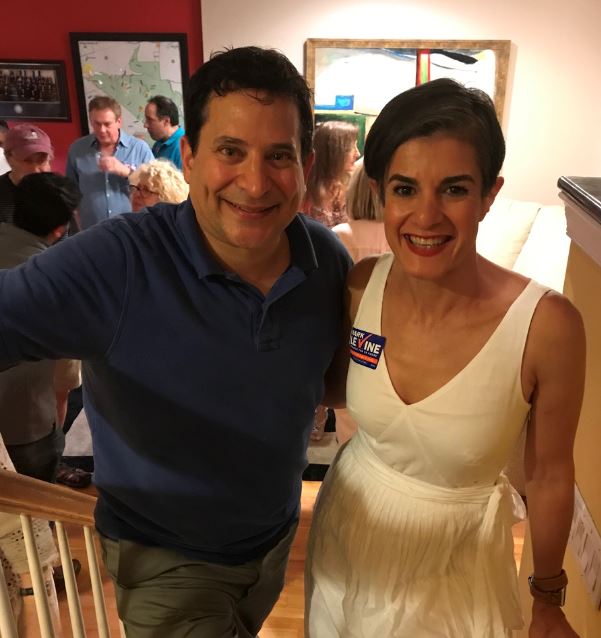 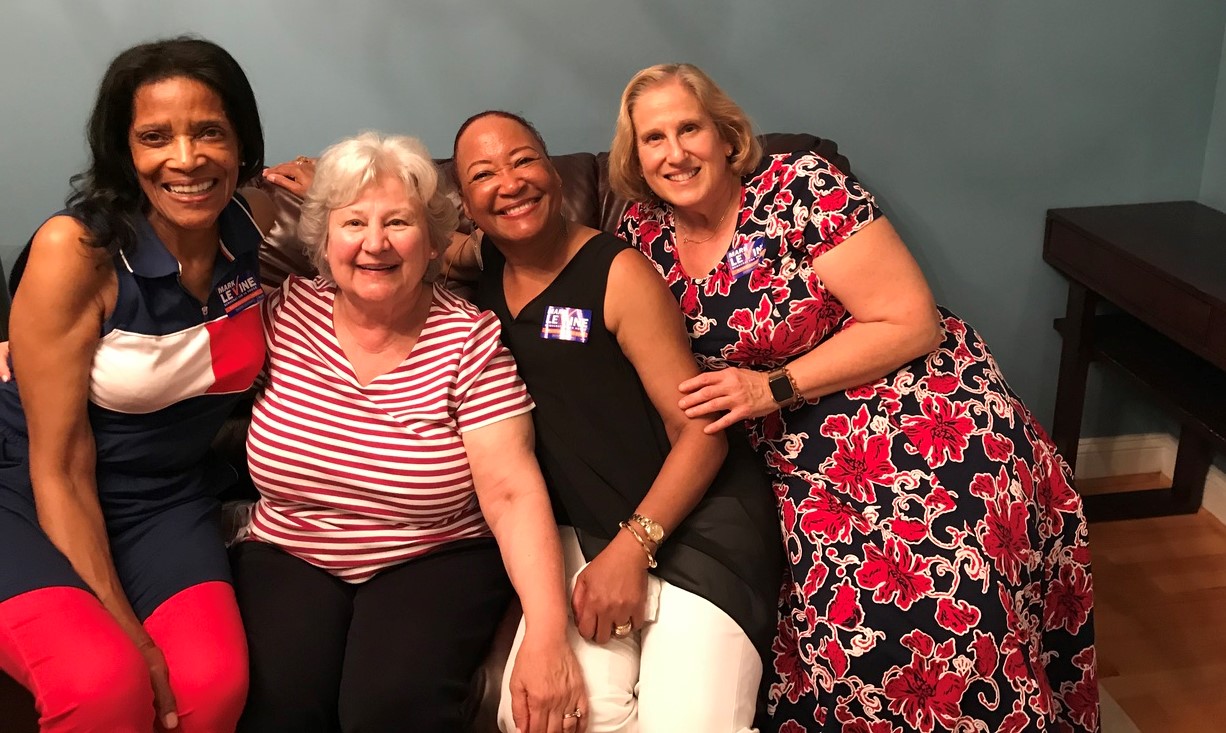 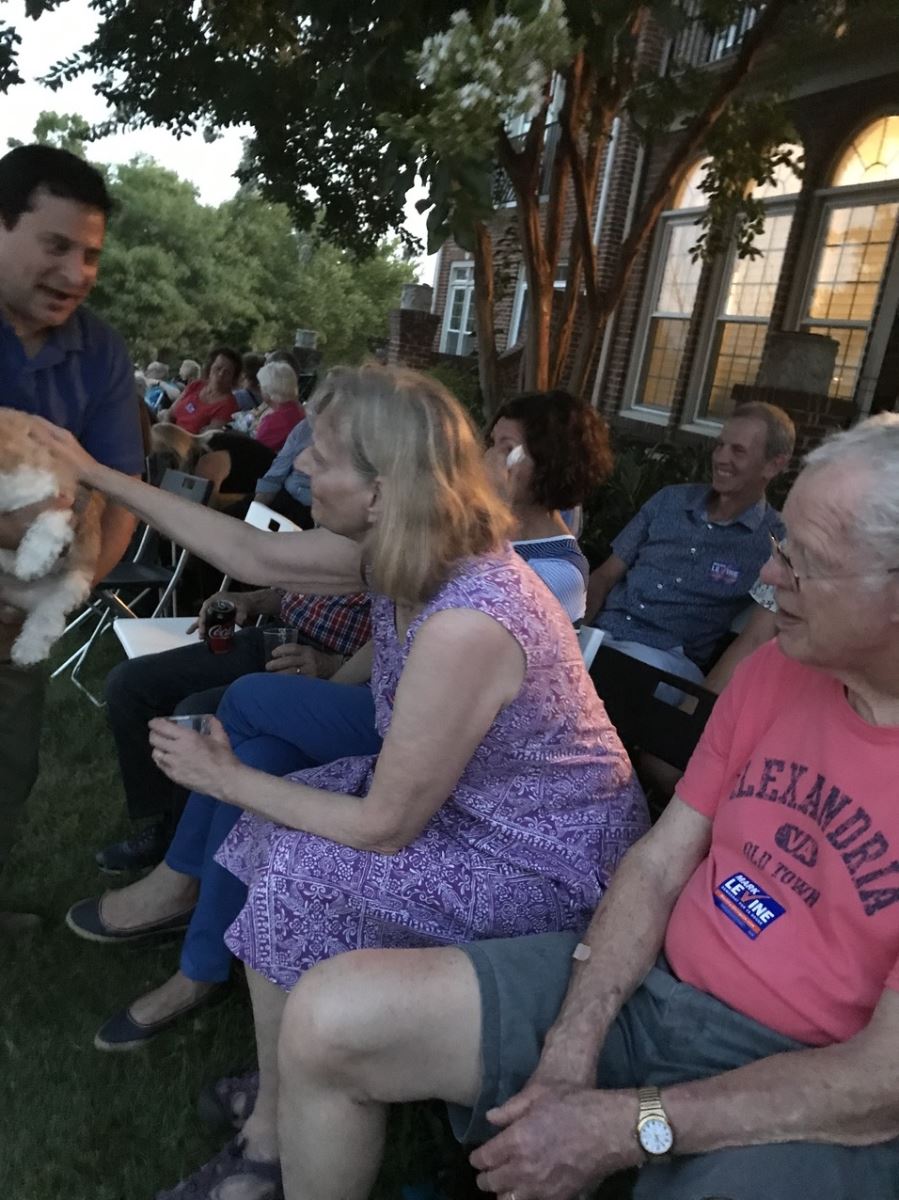 Sharing my Mom's dog Kugel with Susan and Charlie Davis 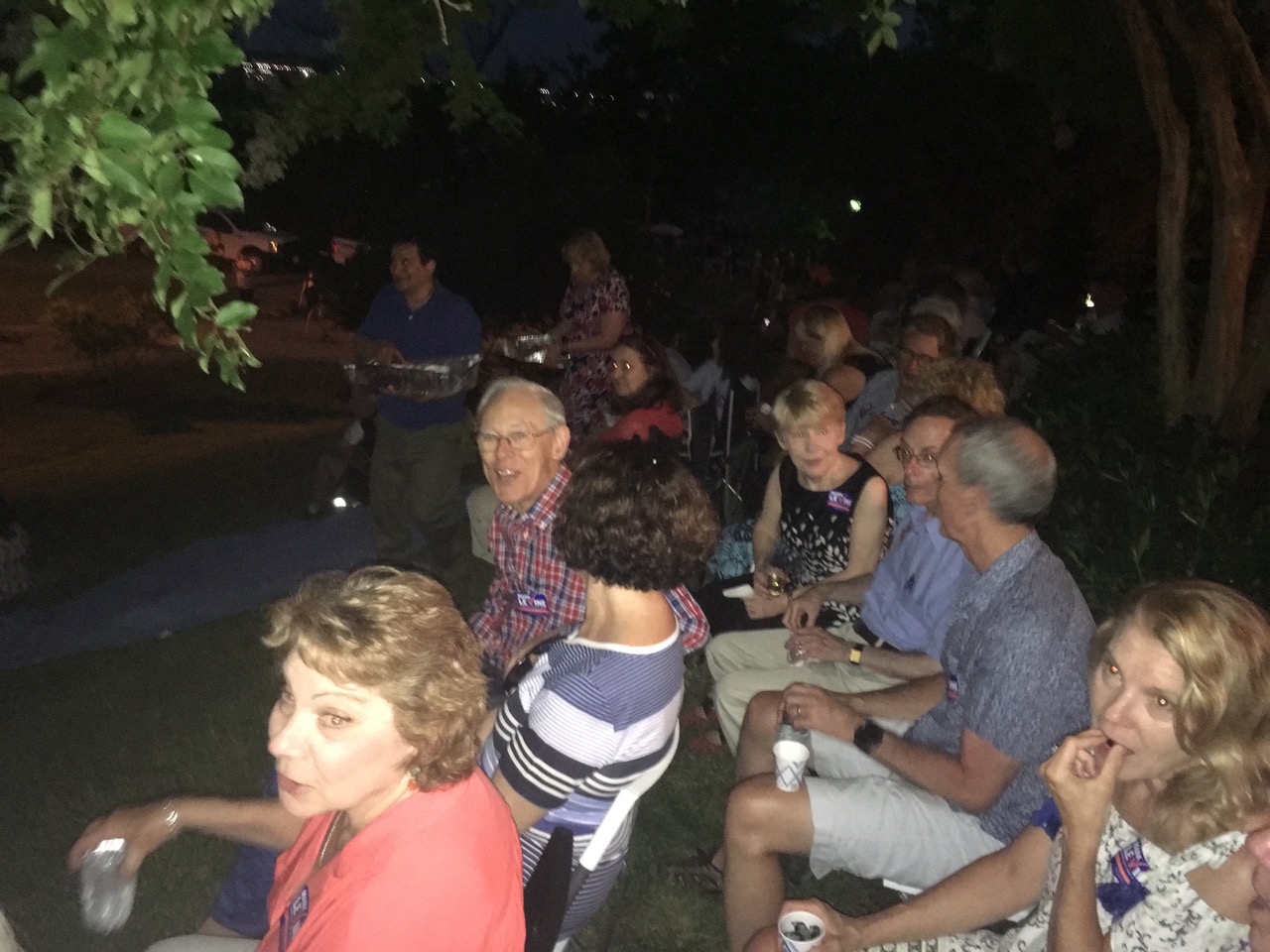 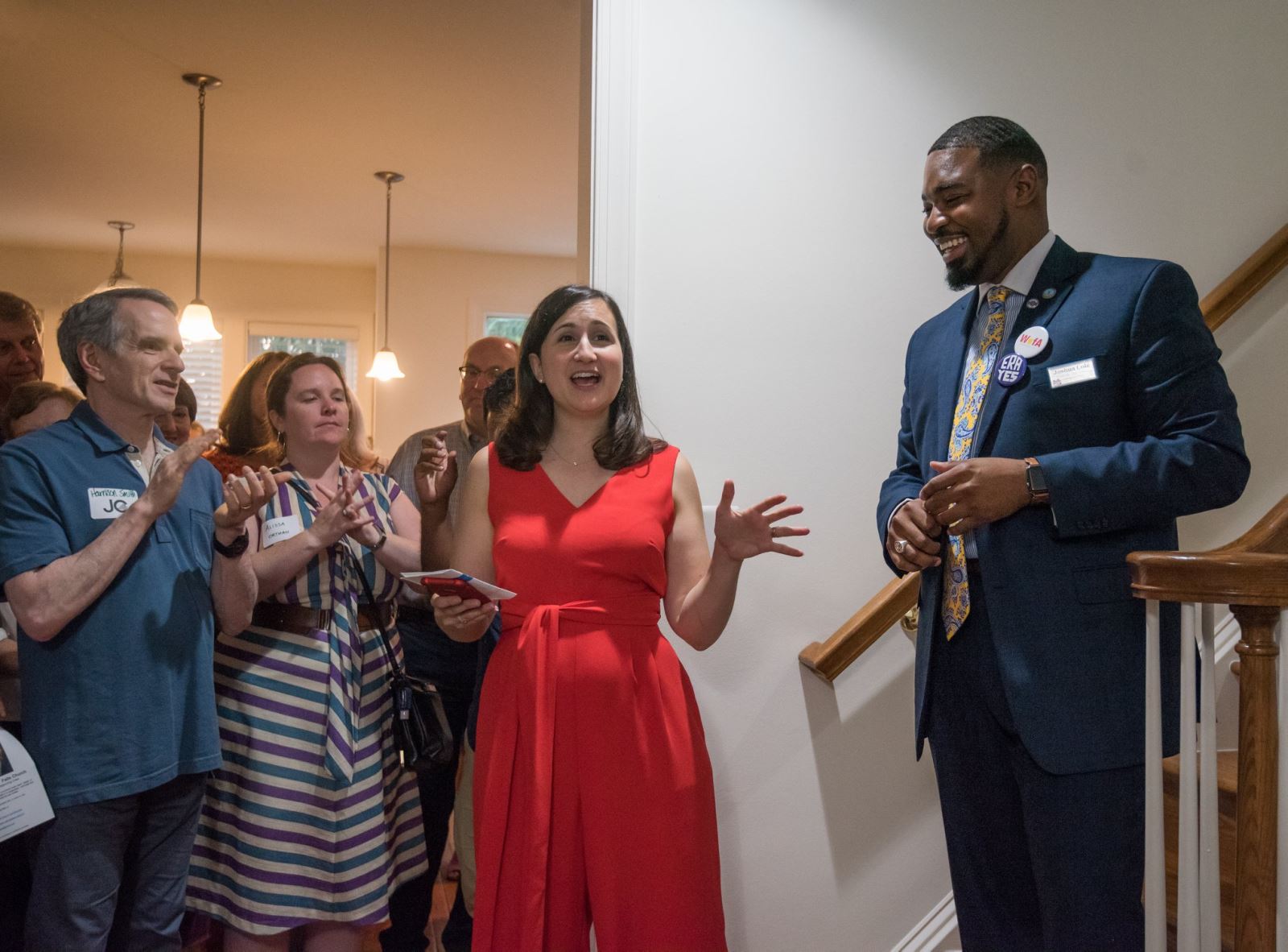 Supporting Joshua Cole for Delegate at the home of Arlington County Board Member Katie Cristol. 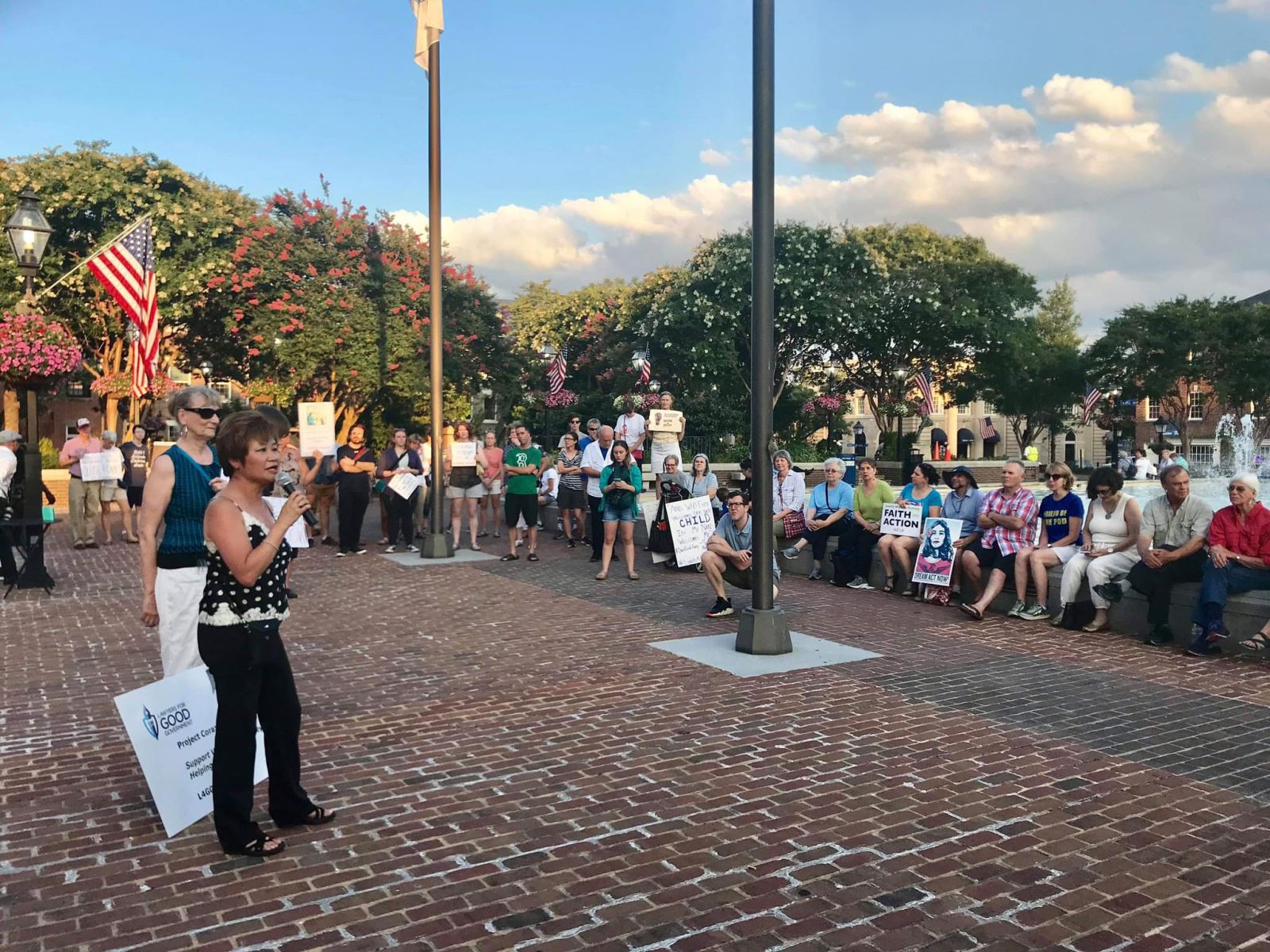 Some of the great crowd that came to the Lights for Liberty vigil last week. 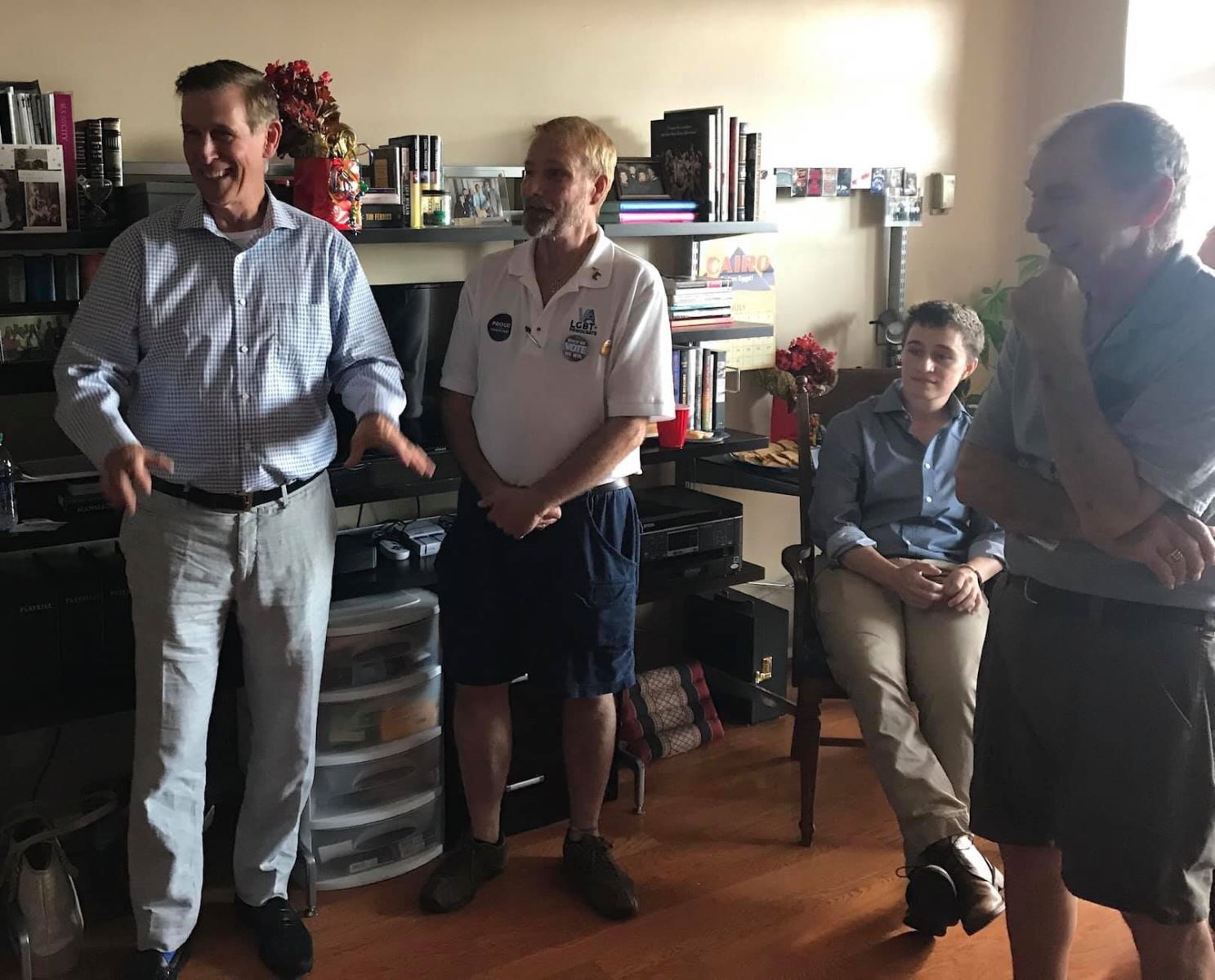 Our Congressman Don Beyer is a committed ally of the Rainbow Community.
Here he is at a fundraiser I attended for the LGBT Democrats of Virginia.