In November 2019, you replaced the Republican majority in the Virginia House of Delegates and State Senate with a Democratic majority in both chambers of the General Assembly. 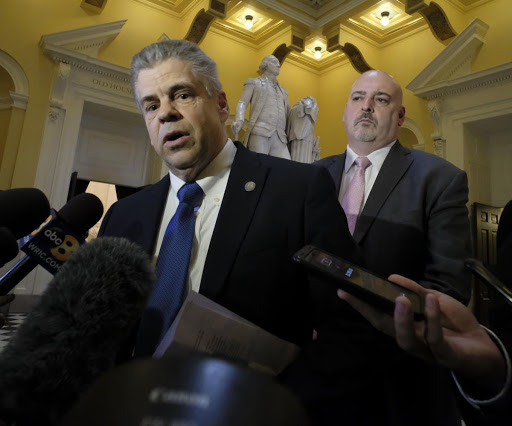 and replaced them with my friends, House Speaker Eileen Filler-Corn and Majority Leader Charniele Herring. 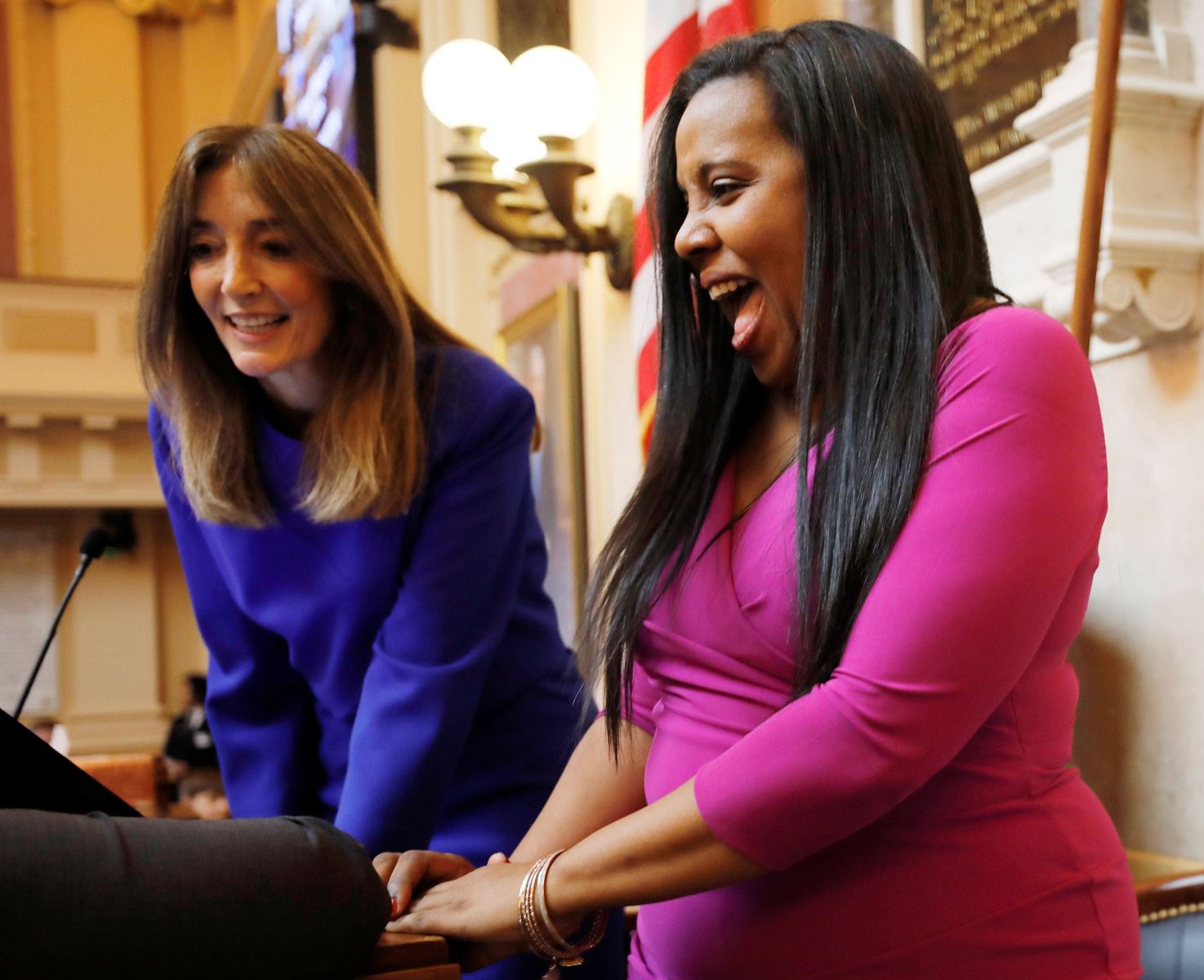 and this one, also from yesterday,

and this one, from earlier this year:

If you voted last year, contributed a dime to any Democratic candidate for the Virginia legislature, registered a single voter, or knocked a single door, you made all of this possible.

You made it possible for a commission to vote unanimously to remove the Lee statue from the US Capitol, because that commission would not exist if not for our Democratic majority and the legislation I introduced in 2018 and again in 2020 to replace the Lee statue with a Virginian worthy of being honored in the United States Capitol.

When I was the first Virginia legislator ever to introduce such a bill under the leadership of Kirk Cox and Todd Gilbert, the former House Republican majority wouldn't even allow the bill to be discussed in subcommittee, much less put it up for a vote.

In 2020, when I introduced the bill again, I ceded the honor to present it to my friend Delegate Jeion Ward. And under the leadership of Speaker Eileen Filler-Corn and Majority Leader Charniele Herring, the bill passed on a party-line vote and was signed into law.

The energy you brought to the state level has helped our cause at the local level as well, as we saw yesterday, with the wonderful announcement that Robert E. Lee High School in Fairfax County will be renamed as John R. Lewis High School.

Symbolic change is an important guidepost,
But far from enough.
We need systemic change.

And Virginia Democrats are committed to systemic change.
We will demonstrate our commitment in a Special Session on August 18.

This August, the legislature will meet for a Special Session to pass:

As the Chair of the Public Safety Subcommittee (which oversees law enforcement in Virginia), I will lead the effort. But undoing centuries of systemic racism cannot be completed in a few legislative sessions. You can't overturn 400+ years of state-led oppression in a couple of months, or even a couple of years.

That's why we must - must - protect these gains.

are going to do everything they can to roll back the progress we've made – and will continue to make if re-elected – in the Commonwealth of Virginia.

They're not going to stop fighting for the things that are important to them.
So neither can you.

Please help preserve our gains, and lay the foundation for even more progress,
by contributing whatever you can today to keep Virginia blue.

If you support what we are doing, and want to see this progress continue – not just this year, or next year, but for years to come – please donate today.

I have been consistently amazed by the generosity of my supporters. You all make me tremendously proud to have your support.

Normally, by this time of year, I would have had the May Rainbow Democrats' Extravaganza, the July Fireworks on the Potomac, and have been planning a Summer Soiree for August. The money pays for my hard-working staff and the email program I'm using now, but it is primarily used to fund Democratic candidates in the Virginia House of Delegates. I always give in the top of my caucus and the most donations of anyone outside of leadership.

With redistricting occurring in 2021 and a Republican Gerrymandering Scheme on the ballot in November (that could well pass), this could be our toughest race ever and one where, if the proposed constitutional amendment passes, Democrats are extremely likely to lose our legislative majority unless we obtain a supermajority of votes. So if you can afford it, we need your help now more than ever. That amendment, if it passes, will put our back to the wall and risk all the gains we've made. If Republicans take back the majority, we might even expect the statues of Robert E. Lee to return...

Thank you for considering a donation. Even small amounts are warmly appreciated. Every dollar counts.

Put it on Your Calendar Right Now!
Tomorrow is Mark's Monthly Meetup... 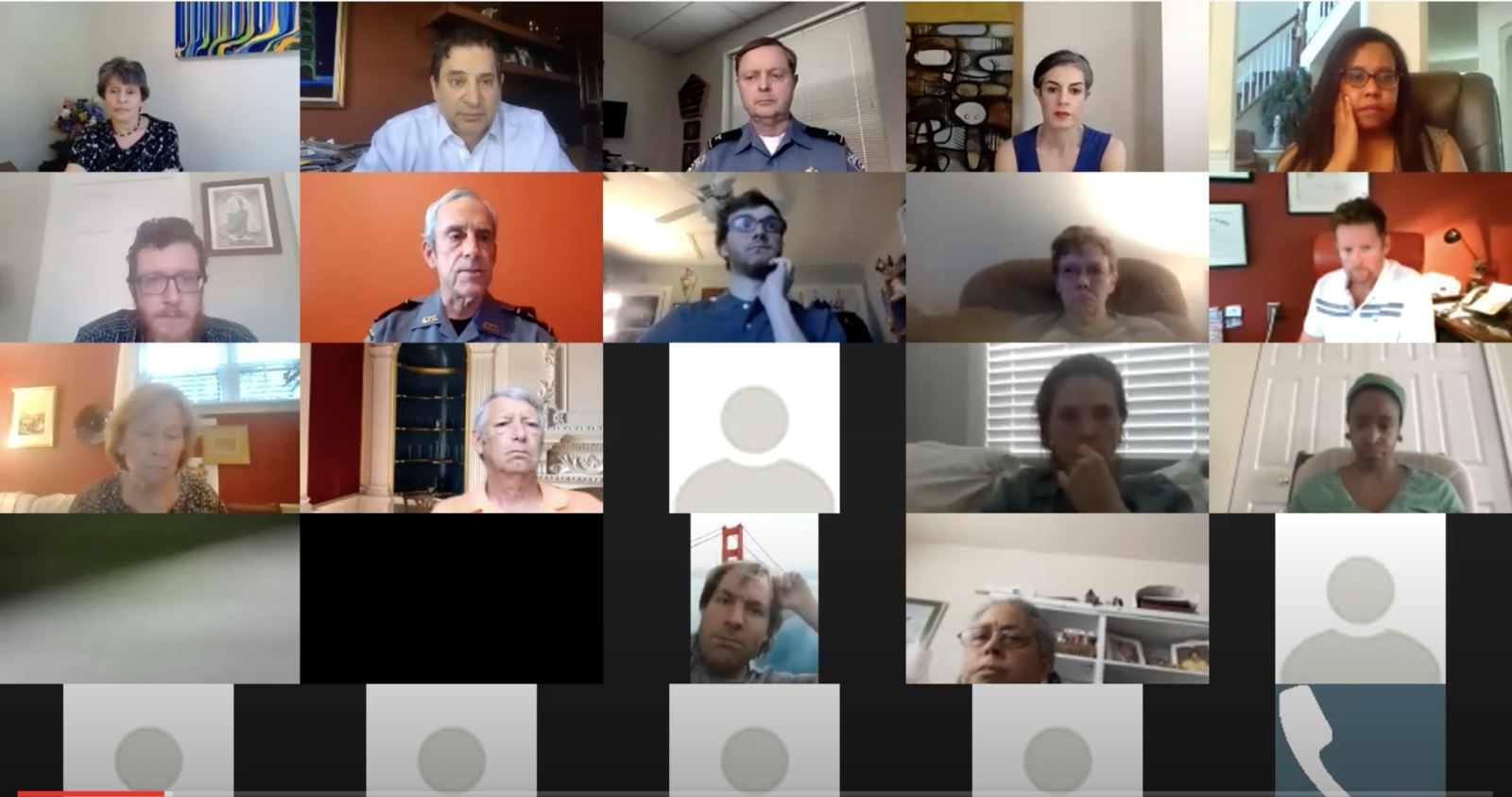 Our monthly meetup in May had more than 100 attendees!

On Wednesday, the House Joint Courts of Justice and Public Safety Committees had our first public hearing. We discussed measures for police reform to consider at our Special Session starting August 18. If you'd like to discuss that meeting with me, or want to talk about any issues concerning you, please join me for Mark's Monthly Meetup virtually tomorrow, Sunday, July 26, from 1-3 pm live via Zoom. This will be your last best chance to talk with me personally about any legislation you want to see pass (or not pass) at our Special Session this summer.