On July 30, 1619, in Jamestown, Virginia, an imperfect experiment in representative democracy began in the Western Hemisphere.

Today, July 30, 2019, is the 400th Anniversary of the Virginia House of Delegates, formerly known as the House of Burgesses: the oldest continuously elected law-making body in the Western Hemisphere; the legislature where Washington, Jefferson, and Madison once sat; and the legislature in which I'm proud to serve the citizens of Alexandria, Arlington, and Fairfax today.

Today, I am in Jamestown to participate in the 400th Anniversary Commemorative Session of the beginning of American representative democracy in Virginia’s first capital.

Of course, as a student of history, I know that this important anniversary would be wasted if we failed to look critically at our past and our present. After all, the creation of the Virginia legislature is not the only thing that happened in Virginia 400 years ago that played an integral role in the formation and development of our country.

Fewer than four weeks after the first meeting of the House of Burgesses on July 30, 1619, the first Africans are documented as having arrived in Virginia. Their arrival as captives on a slave ship began the horror and atrocity that became racial slavery in America. It is a sad truth of our history that American slavery based on race was invented in Virginia, very close to where I sit today. 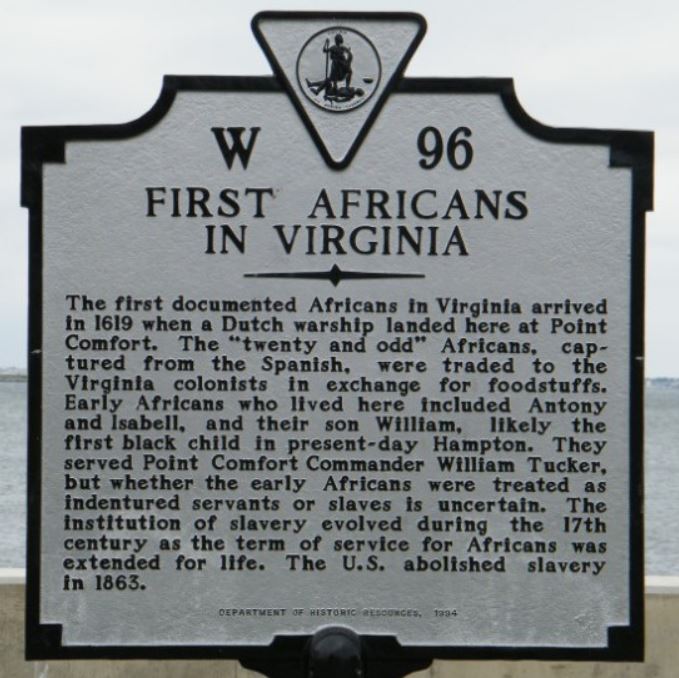 We cannot celebrate and build on all that our founders got right without being honest about -- and continuing to work to repair -- all they got wrong. The 400th Anniversary is a great opportunity to examine our history and acknowledge not only how far we have come but how much work we have yet to do to build a more perfect Commonwealth and country where all citizens are truly equal under the law.

The House of Burgesses was an elected body originally created by and for land-owning Englishmen. In its very first incarnation, Polish craftsmen were excluded by virtue of their nationality and their religion (Catholicism). But in what may have been colonial America's first "labor strike," the Poles demanded their inclusion in the incipient democracy and were given free and equal rights. Since that time, over four centuries, the voting franchise has grown to include non-land-owning white men, non-Christians, women in 1920, and finally African Americans, de jure (by law) in 1870 but de facto (in actuality) only in 1965.

It should never be lost on us that most of my House Democratic colleagues, impeccable public servants, would not have been allowed to vote or serve in the Virginia House 400 years ago. White women have only been able to vote for a century, roughly a quarter of the time that our legislature has existed. And many of my colleagues, because of the color of their skin, would have been barred from voting as recently as the 1960s. I myself could have been imprisoned as recently as 2003 in Virginia, just for being gay. And it was only very recently, during Governor Terry McAuliffe's term since I've been a delegate, that the franchise was extended (by him) to include the vast majority of prisoners who have finished their terms and served their debt to society.

Yet, despite all this hard work to expand the voting franchise, we still have a way to go to fulfill our obligation in Virginia to make voting eligible and easily accessible for every Virginia citizen. In fact, a recent study found only one state, Mississippi, makes it more difficult to vote than Virginia. 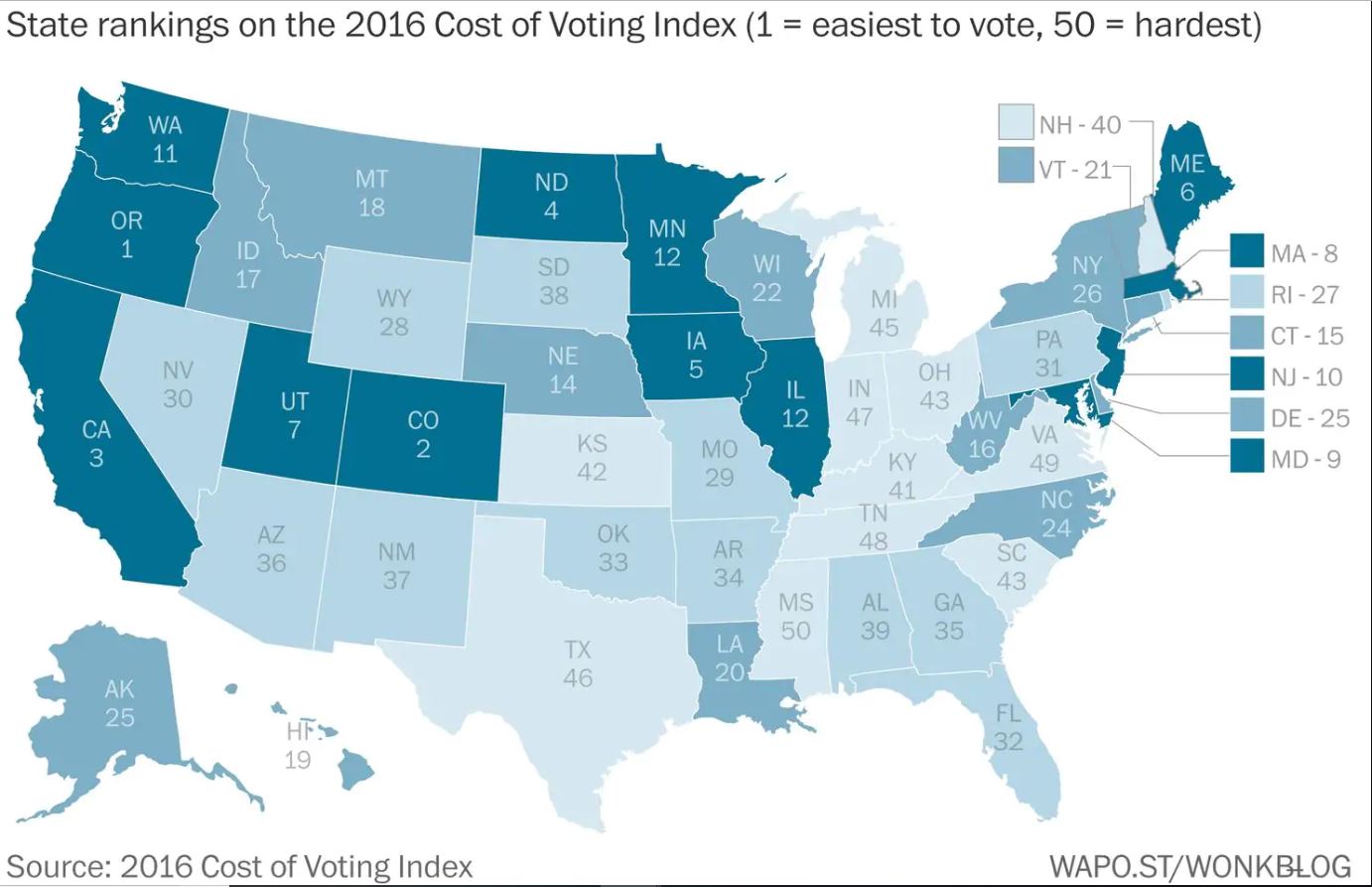 As noted above, the very Virginians who conceptualized American liberty and representative democracy -- the ones who gave us the maxim that "all men are created equal" -- served in the Virginia House in which I sit today. Yet these same men also perpetrated our country’s original sins of slavery and the expropriation of native land. Our founders' actions often fell far short of their lofty words. And yet their words today ring greater than the flawed men who wrote them. Their ideals continue to inspire us even today to strive, each and every generation, "to form a more perfect union."

My Democratic House colleagues – diverse in our ideology, religion, race, ethnicity, sexuality, gender identity, age, and socioeconomic status – are a reflection of all that our imperfect representative democracy can be.

Donald Trump – a corrupt sexual predator who intentionally uses racism to promote white nationalism and to divide this country, while obstructing justice and betraying our nation to our foreign enemies who blackmail him to do their bidding while committing espionage (with his welcome embrace) in order to rig elections in his favor -- represents all that's wrong in America. He believes he is above the law, he castigates our free press as an "enemy of the people," and he works to help the rich at the expense of the poor and the middle class. And despite being outvoted by 3 million Americans in 2016, Trump has the audacity to wield power as if he were the preferred choice by the American People, which he emphatically was not. Humility is unknown to this man.

We have a lot of work still to do in Virginia and in the entire country, to become a completely representative democracy. For example, I have introduced bills to abolish the Electoral College; to make voter registration automatic; to require presidential candidates to disclose tax returns and emoluments; and to protect elections from foreign interference so that the Russians don't steal our election again.

But I believe that only if we elect progressive majorities in the House and Senate this November of 2019 -- which would be the first truly progressive majorities in the 400 years of our democratic experiment in Virginia -- can we ever achieve the kind of transformational reforms that will be celebrated 400 years from now as the beginning of a new Virginia: one where democracy, equity and justice reign supreme.

Alexandria's story, like Virginia's, is a mixture of the good, the bad, and the ugly:

Once the second largest slave-trading center of the USA,
our city has long been home to a thriving African-American community
with a tremendous history of civic engagement.

It was an honor to speak briefly about that history at
"Black Excellence: Celebrating the African-American Living Legends of Alexandria" last Sunday, at Alexandria's Black History Museum.

Pictures from the event are below: 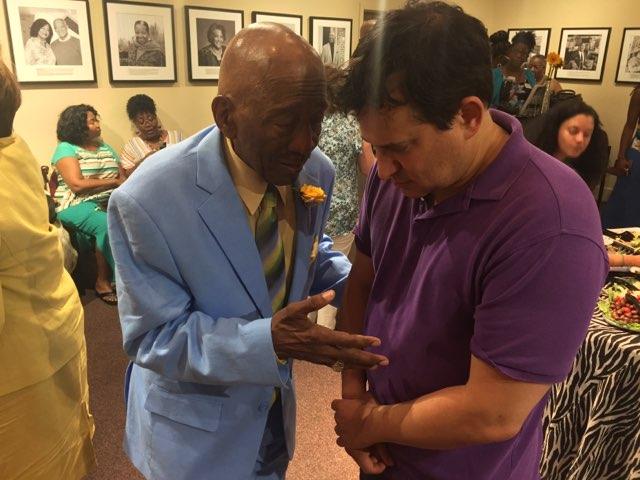 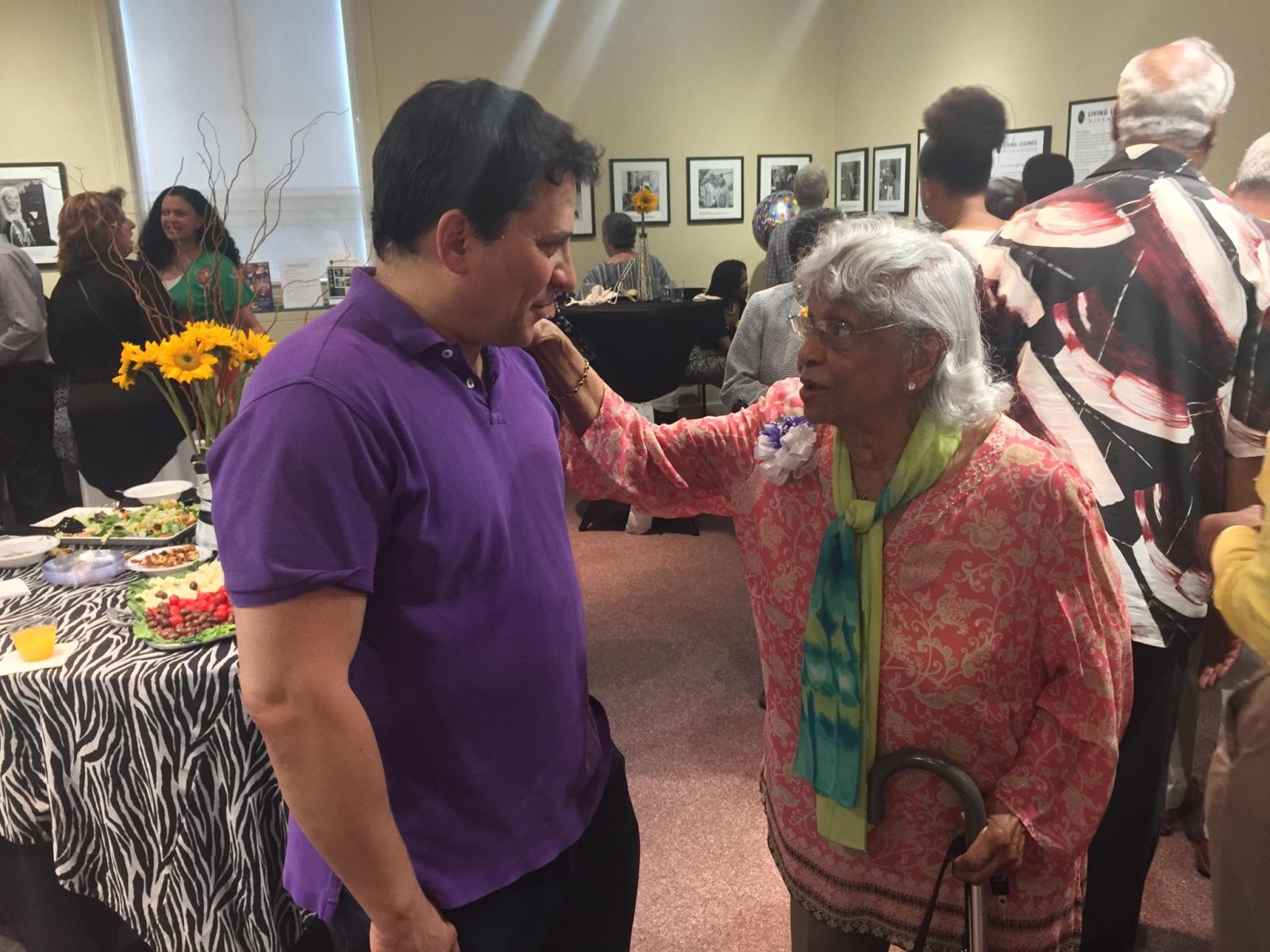 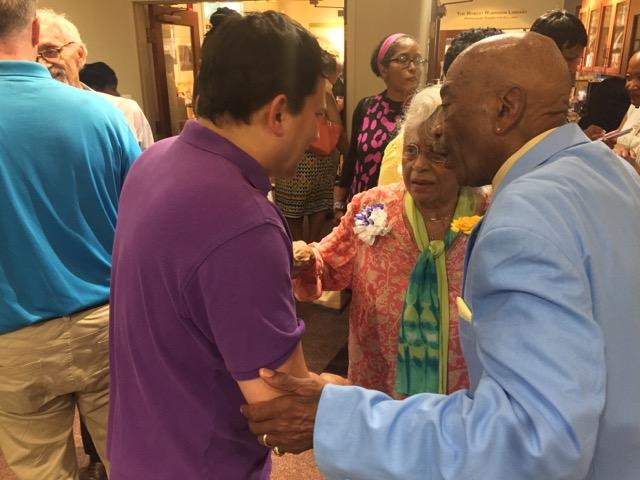 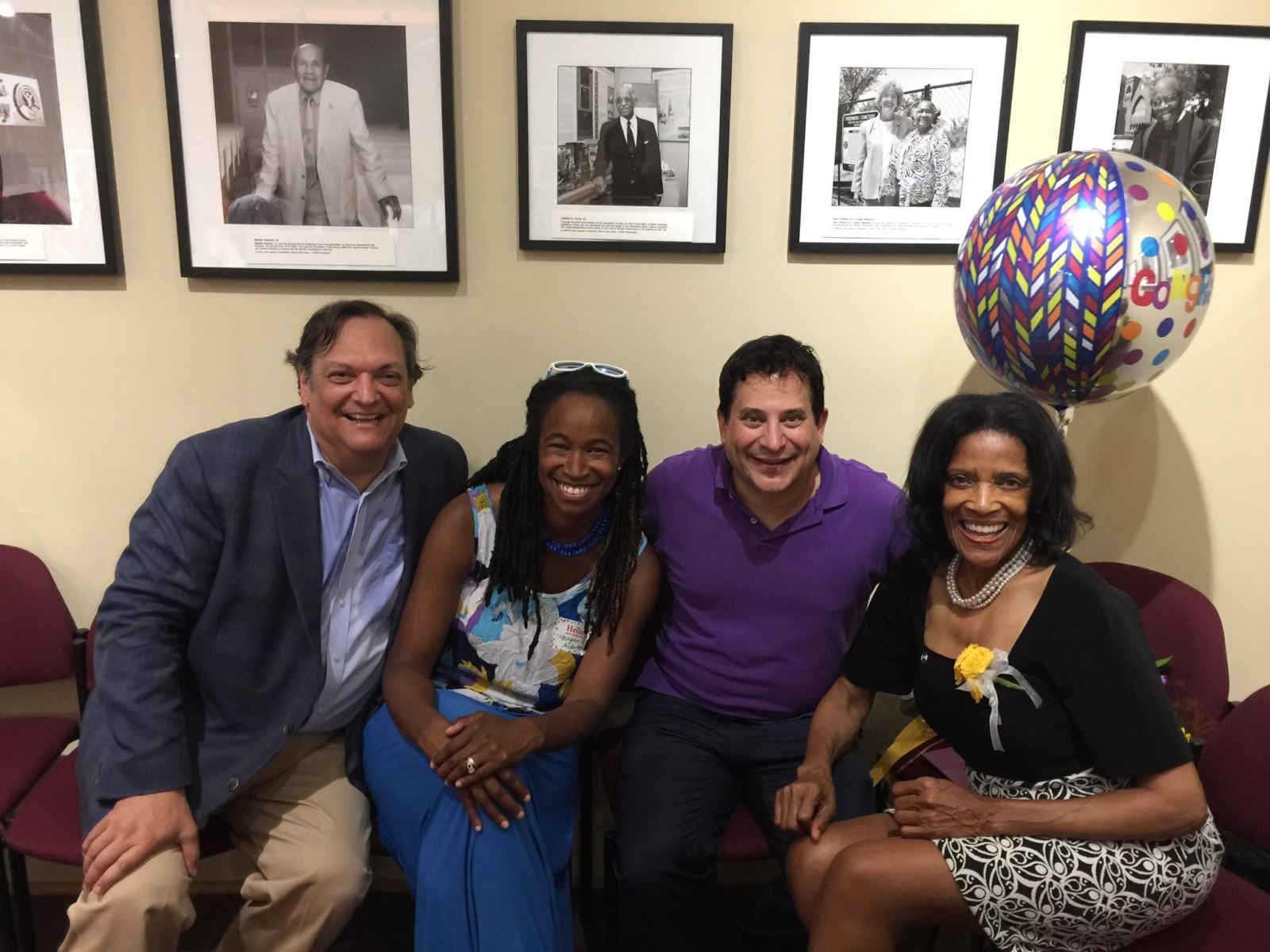 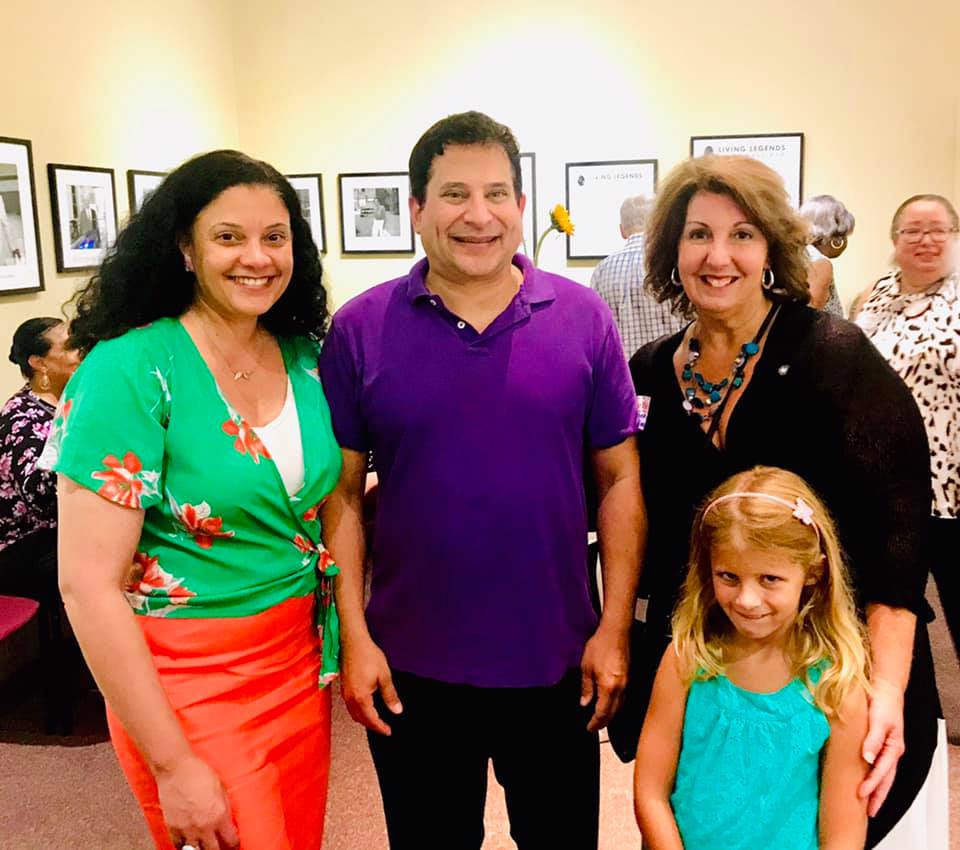 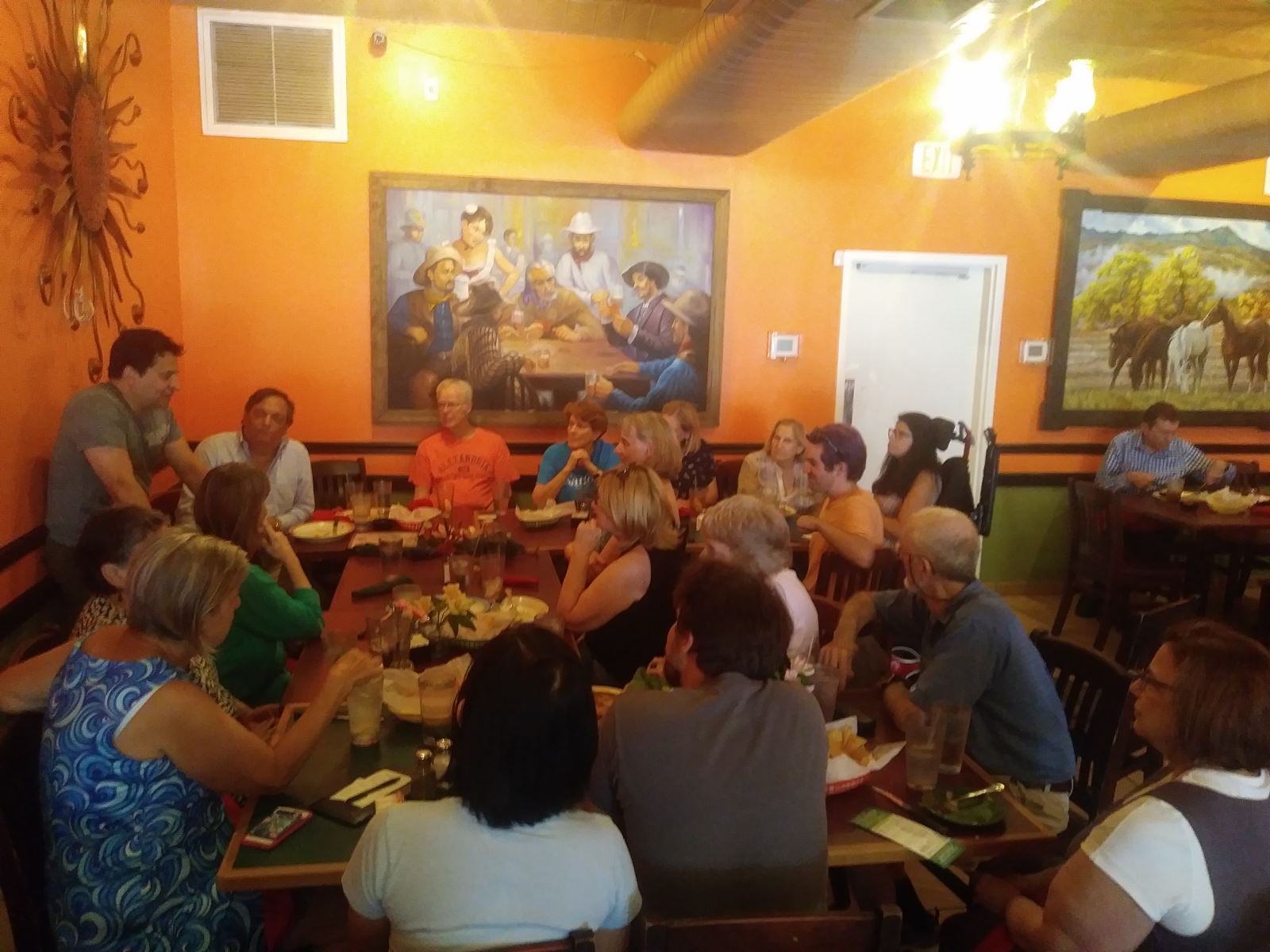 We had a good crowd at last Sunday's Monthly Meetup.
We talked about Virginia's critical 2019 elections, gun violence prevention legislation, standing up to xenophobia and racism, affordable housing, and other important issues. 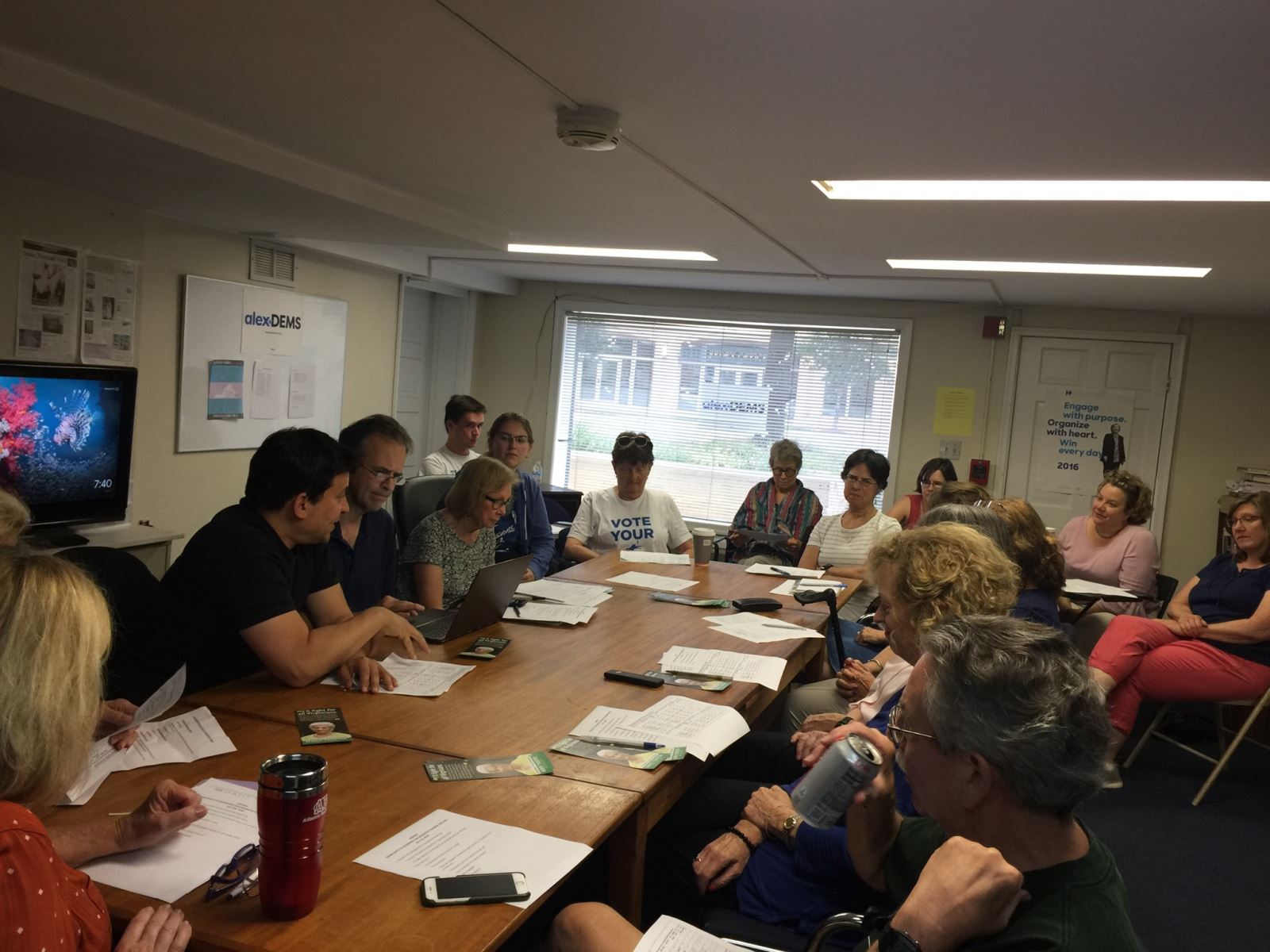 Congressman Don Beyer recently invited all of the members of the state legislature whose districts overlap with the 8th Congressional District to talk about the issues impacting our shared constituents and how we can work together to better serve you all. 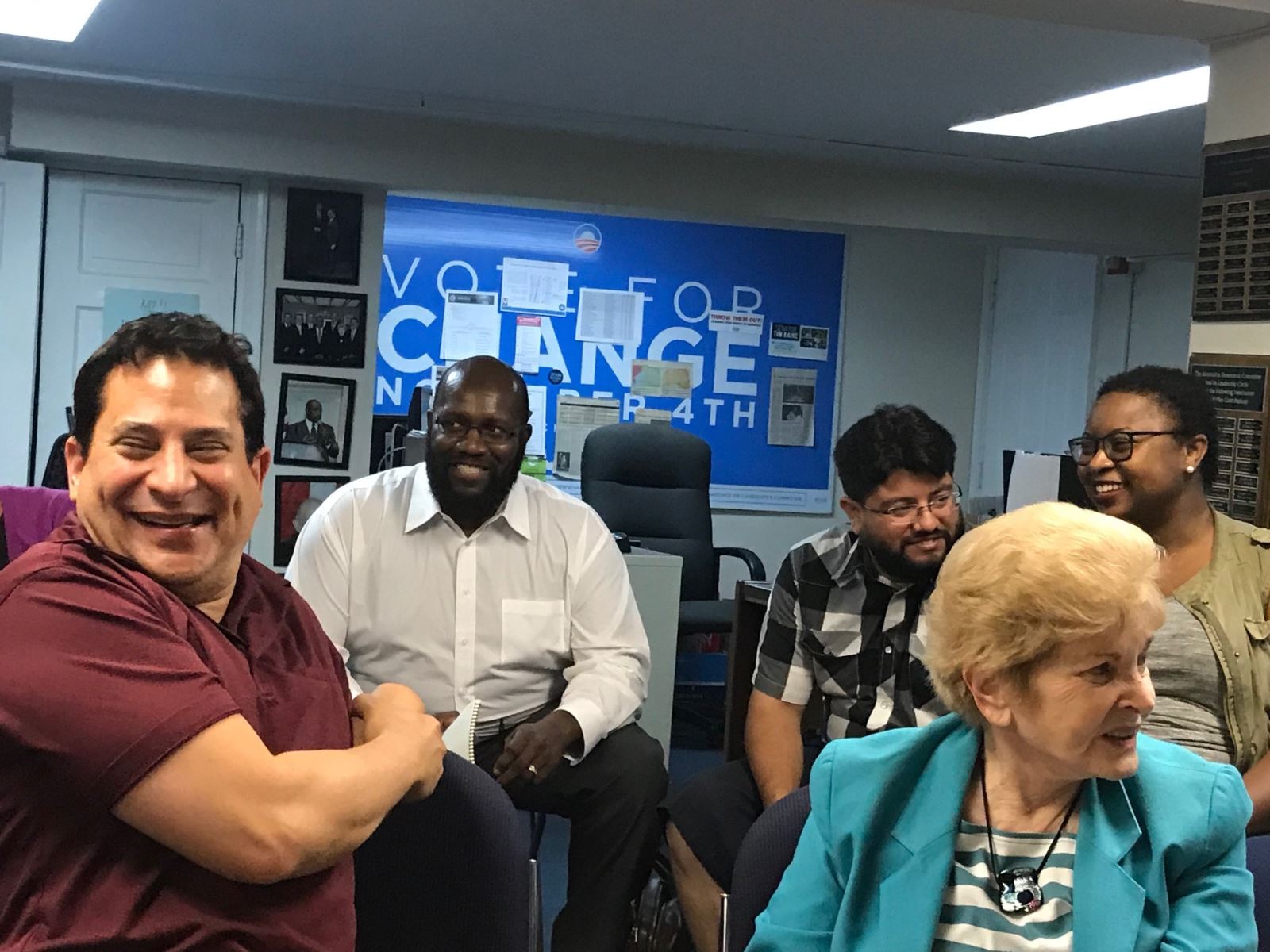 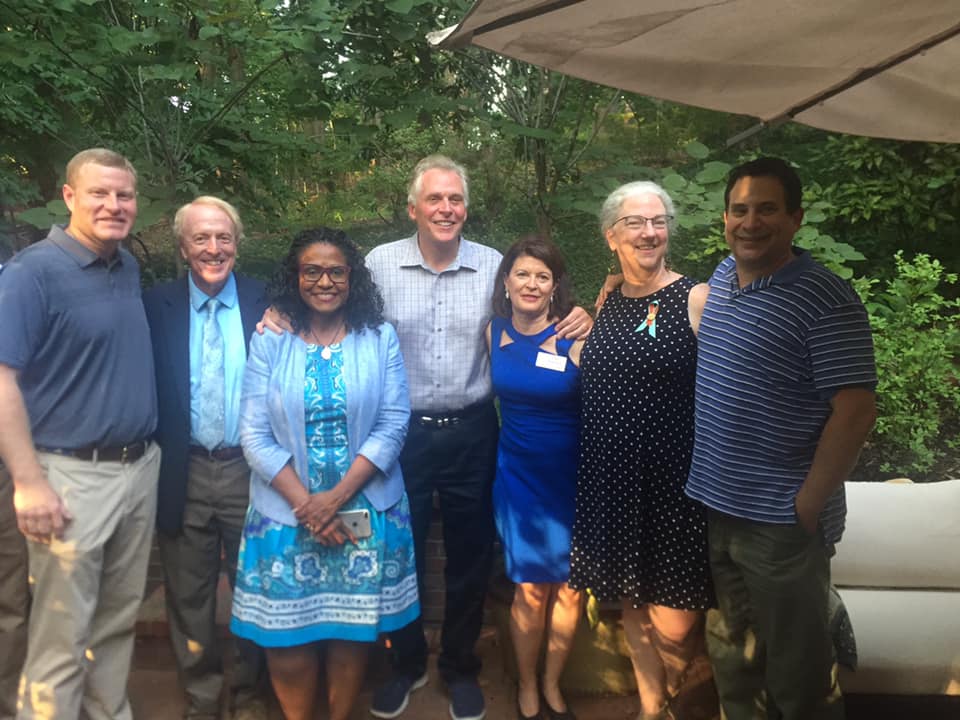