MARK IN THE NEWS:
I'm going back on News Channel 8 this weekend and every weekend to talk about the Presidential Race. Check your local listings or watch on my radio/TV website: MarkLevineTalk.com
FROM THE NEWSLETTER:
End of Session
Coffee Talks
Protecting Victims of Domestic Violence
Ethics
Three Bills Become Law
#KeepKenOut
CONTACT ME:

I just drove back from Richmond to Alexandria yesterday, just in time to make my Town Hall meeting. Thanks to all who came.
Overall, I felt it was a productive first session. I was considered "quite active" for a new legislator and was the only Freshman to put forward a Floor Amendment (to allow hospice care). I also made several Floor speeches on bills other than my own. While this again is considered unusual for freshman legislators, I felt I did some good in raising doubt on harmful legislation and hopefully enough doubt to persuade Governor McAuliffe to veto or modify some of them. You'll see a couple of examples below.
I learned a lot in my first session, and there certainly were a lot of unwritten rules to master, but two things I said in the campaign ultimately came true in the end:

With session over, we're going to begin regular "Coffee Talks" where we meet at a centrally-located coffee house, probably in Del Ray, and where you can share with me any thoughts and concerns you have about what just happened or what you want me to work on through the remainder of 2016 and in preparation for the 2017 session. Please feel free to email me back to suggest your favorite dates, times, and locations for these informal gatherings.
I will also have up-coming town halls and fundraisers, including, of course, the Second Annual Fireworks on the Potomac at my house the weekend after July 4. Stay tuned for further details.

Helping survivors of domestic violence is one of my highest priorities as a Delegate. That's why I spoke out against a bill (HB768) that would have removed funding from domestic violence shelters and from prosecution of abusers in order to fund firearms training for the victims. I asked tough questions of the patron of the bill on the House Floor: 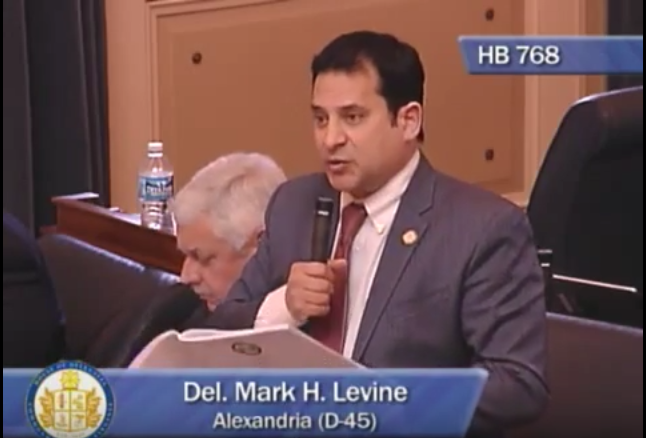 Then I followed up the next day to explain why a small sum of money remained in the fund. As you will see in the video below, my efforts led House Republicans to promise to replenish those moneys used for firearms training into the Virginia Sexual and Domestic Violence Victim Fund. 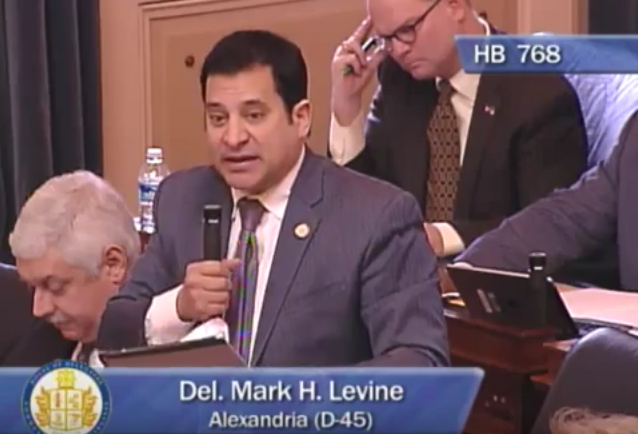 Having exacted their public promise by speaking out on the House Floor, I will follow through next year to make sure every penny spent on firearms training is replenished into the Sexual and Domestic Violence Victims Fund.

In another floor speech, I questioned the Republican patron of a bill that went too far in weakening ethics laws. The patron agreed the bill went too far and promised to work with me to craft better legislation.

Three of My Bills to Become Law

Although I was disappointed that some of my more progressive legislation was killed by the Republican majority, I did manage to get the language of three of my bills passed in the House of Delegates and Senate by working with my colleagues.

I worked with Republican Chris Stolle to pass the language in my bill (HB 1007) to have Virginia join an interstate compact to allow Emergency Medical Services to cross state lines by becoming chief co-patron of HB 222.

I worked with Democrat Monty Mason to pass my HB 1154 to help make it easier to prosecute cyberstalking. The language was put in HB 924, which I chief co-patroned.

And I worked with our Senator Adam Ebbin to pass the Senate version of my HB 1278, to better regulate Metrorail by conforming Virginia to federal law and allowing proper oversight by the U.S. Department of Transportation.

I also drafted a commending resolution HJ 380 to celebrate the life of Alexandria director and choreographer Dana McLeod.

In addition, one of my more progressive bills, HB 1003, to require a voter-verifiable paper record, was substantially implemented in SB 190. Although the compromise was to wait for implementation until 2020, I was still glad to eventually see the job get done, and I think Democratic Delegate Sam Rasoul for his hard work on this.

Thank you to the large number of constituents who wrote me to oppose Ken Cuccinelli for Supreme Court Justice. You didn't have to tell me twice!

This entire process whereby the Republican majority removed the eminently qualified Justice Jane Roush from the bench was badly flawed from the get go. Apparently, one Republican Senator, piqued that the Governor did not call him prior to accepting a recommendation from a Republican Fairfax delegate, started the tradition of politicizing the Virginia Supreme Court for the first time in more than a century.

It's a terrible precedent and led to the ridiculous surprise idea to put Ken Cuccinelli -- a politician roundly rejected by Virginia voters -- on the Virginia Supreme Court. We fought hard against the idea, and Cuccinelli pulled his name from consideration. But I fear the one finally elected, Stephen McCullough (who worked for Cuccinelli), may not be much better. I did not vote for McCullough, but I do invite him to prove me wrong: to rise above the nastiness that the Republicans put into the Supreme Court selection process and prove he puts the good of the Commonwealth above partisan politics. 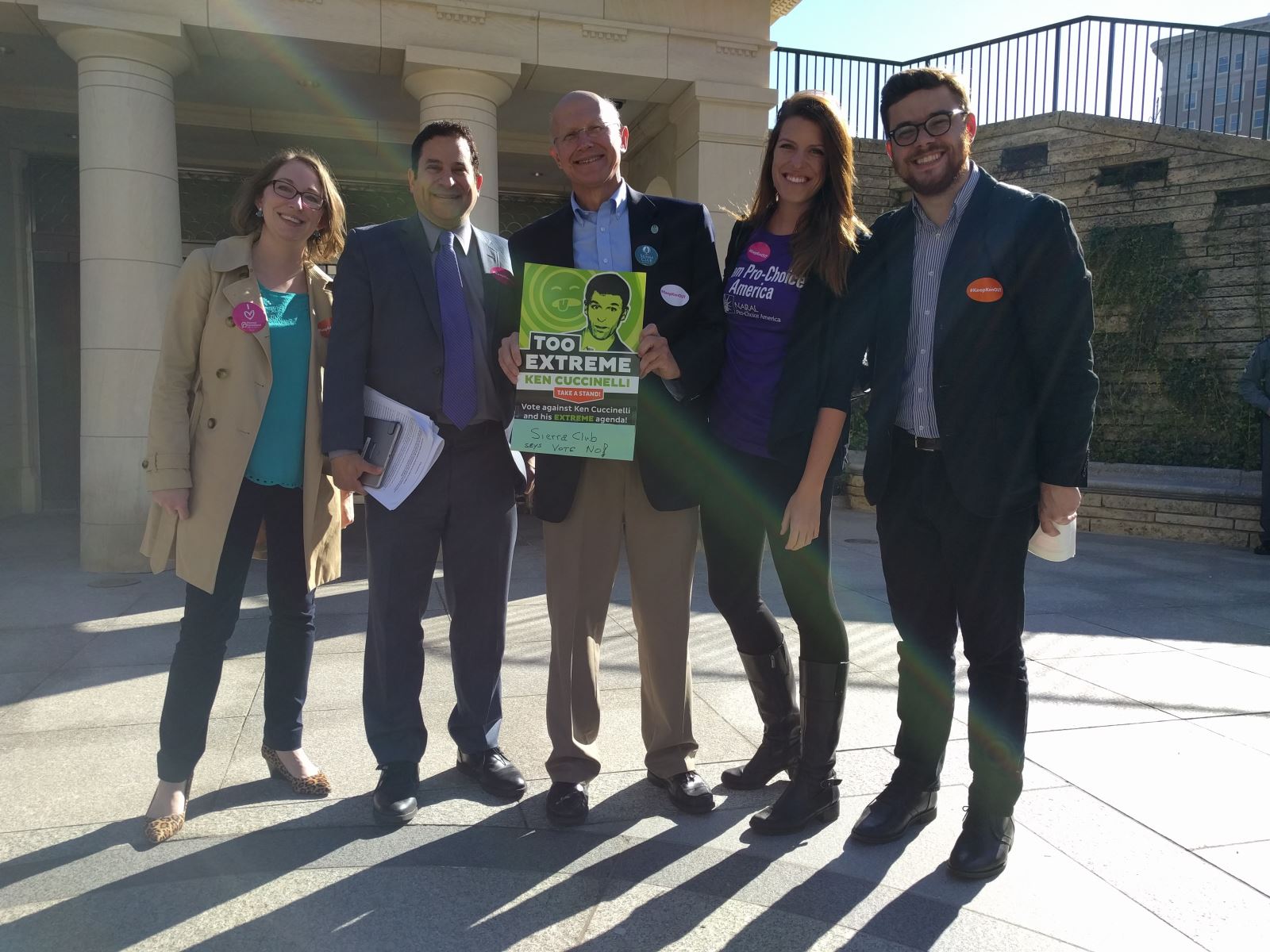