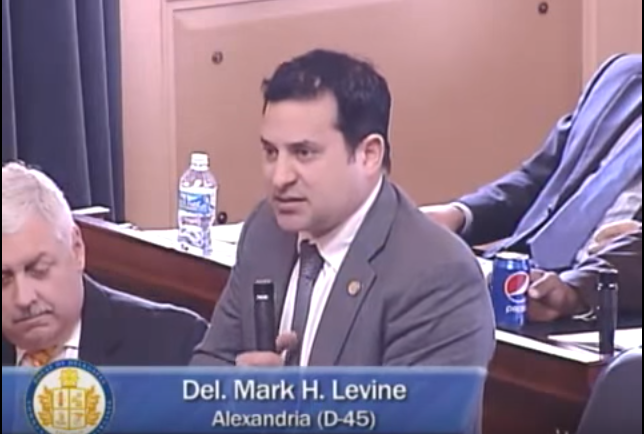 I spoke on the House Floor this week in memory of 29-year-old Crystal Hamilton and in support of her 11-year-old son. Many of you know the tragic story of Ashley Guindon, the brave Prince William County Police Officer who was killed on her first day on the job. The same man who shot Officer Guindon and two other police officers had just murdered his wife Crystal. Their son heard the gunshots and ran for his life.

Few realize that this father, the only surviving parent, now has custody of the boy, the main witness to the crime. Despite the best efforts of Crystal's family, the man who murdered this poor child's mother is still determining his future.

My own family suffered a similar history. When my sister was murdered by her husband, my niece and nephew were kept in custody by their father who killed their mother for more than nine years, despite our best efforts to bring them home from Mexico, where their father ran to escape the law.

A few weeks ago, I offered a bill that would strengthen Virginia's child custody laws to remove children from the custody of violent abusers. That bill was rejected in subcommittee on a party-line vote, but my hope is that the extremely positive reaction to my speech on the House Floor will encourage both my Republican and Democratic colleagues to work with me next year to pass a new law that will keep awful situations like these from occurring again. Click above to watch the speech. 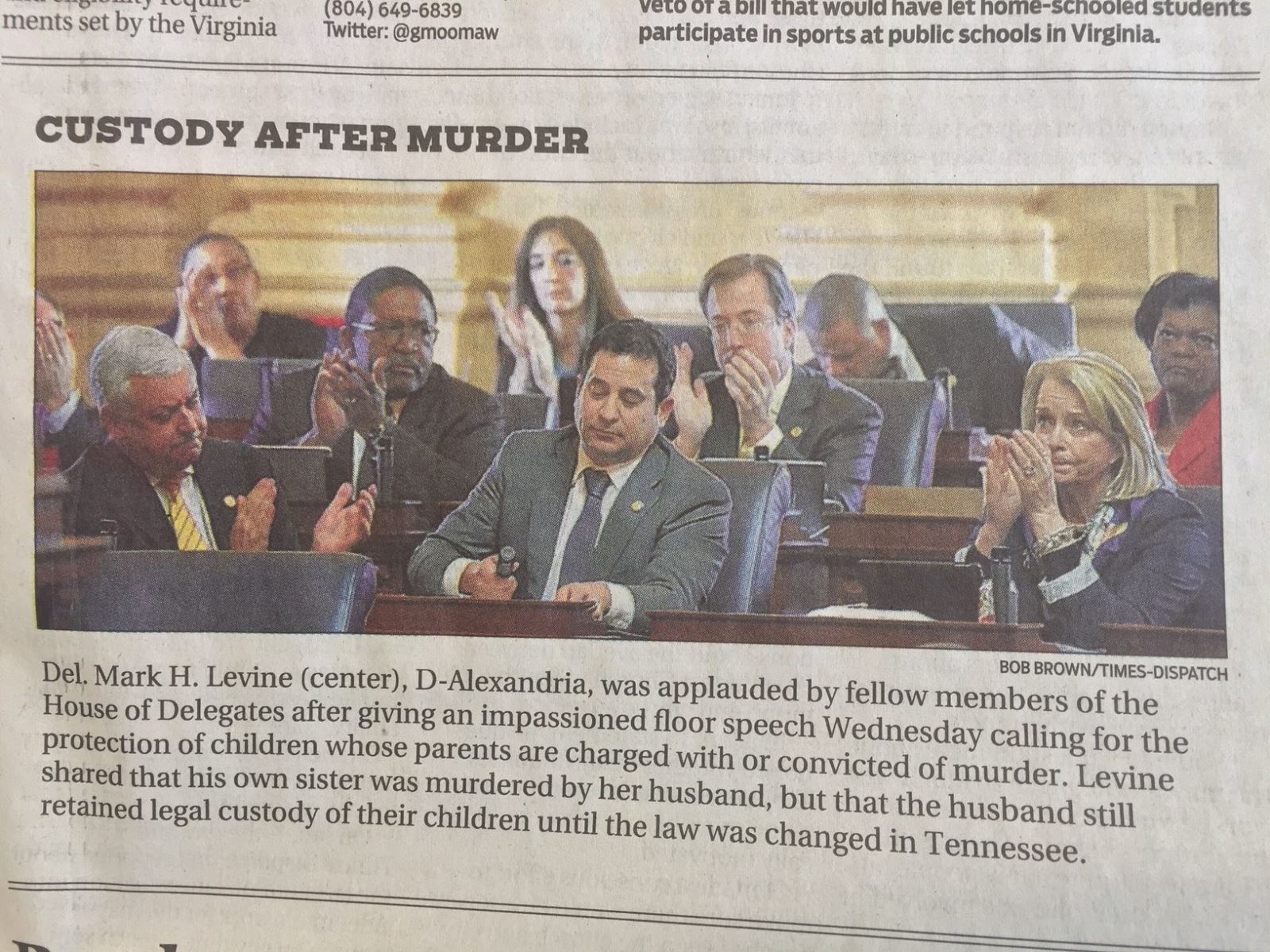 The Richmond Times-Dispatch photographed my floor speech, which was applauded by Republicans and Democrats alike.

NOVA Armory, which claims to offer "the largest selection of firearms within the DC beltway" is on the verge of signing a lease to open up a gun store near a preschool and child care center in the Lyon Park community of Arlington.
You may recall I was the chief co-patron of a bill this session to ban handing a loaded gun to a child under five. The Republicans killed the bill in subcommittee. Republicans want it to be legal to give loaded guns to toddlers. And now they want a gun store next to a preschool? In Arlington?
I, along with the other six members of the Arlington delegation, sent a letter to the landlord urging her to reject the lease.
Read the letter here. Read the Washington Post article here.

Should someone dying and begging for pain relief receive it? Or should it be denied because the facility in which the terminal patient lives has a religious objection to hospice?

To me, this is not a difficult question. We must always be compassionate to the most vulnerable. And who is more vulnerable than a terminal patient suffering great physical pain?

This week, the House of Delegates passed a bill that would enable assisted living facilities to prohibit their residents from receiving hospice care. The bill was uncontested in the House until I took a stand against it. I offered an amendment that said although the facilities would not have to provide hospice themselves, they would still have to allow residents who want hospice to procure it from another source.

As you will see, by clicking the picture below, my amendment led to a passionate debate on the House Floor. Although ultimately, my amendment was rejected and the bill passed, I did manage to get 25 votes against a once-uncontested bill.

I hope that Governor McAuliffe will veto this bill and allow people to choose to reach the end of their life without pain.

You can watch the full debate by clicking below: 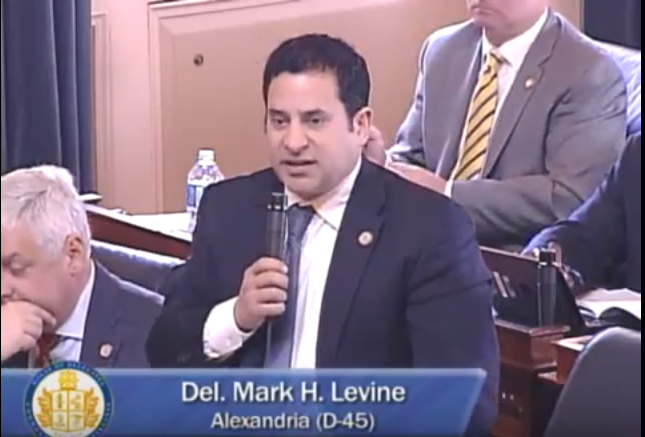 Three More of My Bills Pass

The House this week passed my bill to allow the U.S. Department of Transportation to choose representatives to the Metrorail compact, instead of the General Services Administration. This makes sense as the US DOT both regulates and funds Metro, and it conforms Virginia to Federal law. Having passed the Senate and the House, I expect it to be signed by Governor McAuliffe into law.
The House also passed my bill to help prevent cyberstalking, with some good Senate Amendments dealing with a hearsay technicality.
The House also passed my memorial resolution which I describe below:

In Memory of Dana McLeod

An actress, dancer, teacher, director, and choreographer, Dana advocated for years on behalf of those with Multiple Sclerosis. The disease finally claimed her this year, and I was honored to offer a resolution in her memory.

You can read the text of the resolution here.

If session is done by next Saturday March 12, I will host a town hall at noon at Alexandria City Hall where I would welcome your questions and concerns.