One out of 10 Social Security offices has closed since 2000. Seniors and politicians want to know why.
Washington Post

The Rainbow Extravaganza will great fun and for a good cause, but it's not my only event coming up with Delegate Danica Roem, who gave me the honor and privilege of choosing me to mentor her in the House of Delegates.

Delegate Roem and I will also be speaking at an event organized by the Kingstowne Communion, a new United Methodist church in Alexandria. Please join us Tuesday night at Fiona's Irish Pub (5810 Kingstowne Center, Alexandria) at 7pm for a provocative discussion on faith, gender, identity, and the way in which religious institutions deal with these issues. I don't get a chance to talk about my personal theology very much, and I look forward to sharing my religious outlook and hearing yours. 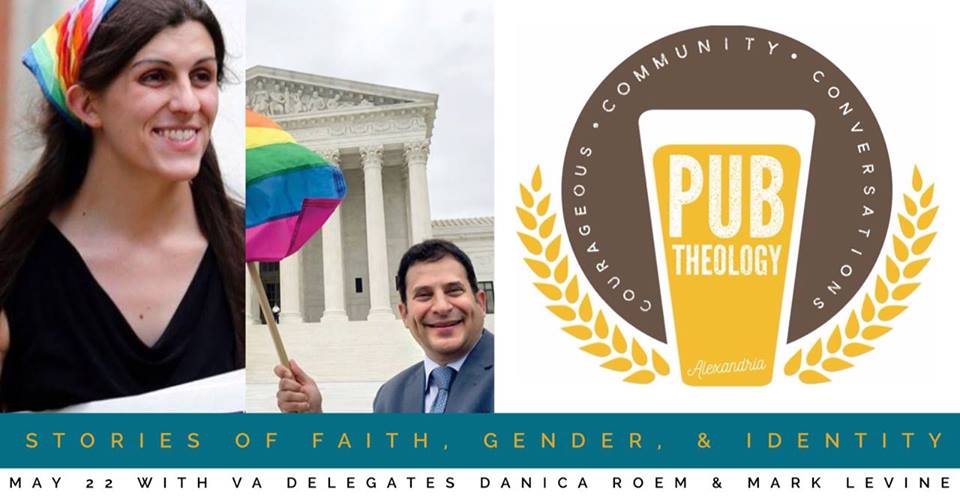 Another Shooting: This Time in Santa Fe, Texas

Another shooting. Another bunch of innocent kids murdered because Republicans refuse to restrict gun-ownership to responsible gun owners.
Why do they want violently deranged people people to have easy access to weapons of war and mass murder?
I'll never understand that. But I do understand what we have to do about it: vote them out of office.

Back to Richmond to Fight for Medicaid Expansion!

As you recall, the House of Delegates passed a budget six weeks ago that funded Medicaid Expansion. I was proud to stand with the bipartisan majority to pass this budget. But the Republican-led Virginia Senate has still not passed a budget after all this time.

Tomorrow, the Senate is scheduled to return. At this point, it is unknown exactly what they will do, but it is my hope that they will finally pass a budget that includes Medicaid Expansion. The House of Delegates will be back in session on Wednesday to take up whatever comes out of the Senate, and I'm looking forward to getting back down to Richmond to vote on the budget again.

If the Senate passes a good, responsible budget that expands healthcare access to hundreds of thousands of Virginians, then I'll be happy to vote for it. Two Republican Senators have signaled a willingness to support Medicaid Expansion, and if they're able to combine with the 19 Senate Democrats to make it happen, it could pass. But if not, I will vote against any budget that continues to deny health care to Virginians who need it, and I will demand that a conference committee fix the budget to bring billions in federal tax dollars back to Virginia.

It's the progressive thing to do because it will give 400,000 Virginians necessary health care and will save thousands of lives.

It's the fiscally conservative thing to do because it will bring billions of dollars to Virginia in direct federal aid and indirect savings to our health care system.

It will not cost Virginia taxpayers an additional penny, because Virginia hospitals are picking up the state tab.

What's the argument against it?  I haven't a clue. (Other than the fact that Republicans call it "ObamaCare."  But that's not an argument...)

Come discuss any issue on your mind.

And if you miss June, there's always July. Every month, I make sure to be available in this informal setting for any constituent who wishes to discuss a problem or just say hello. 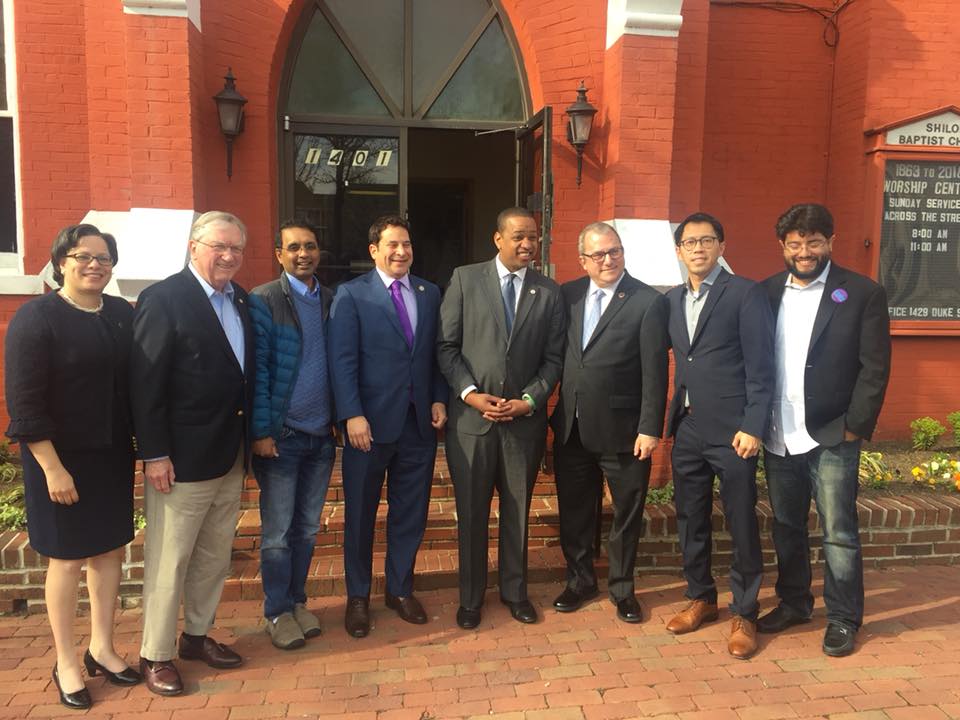 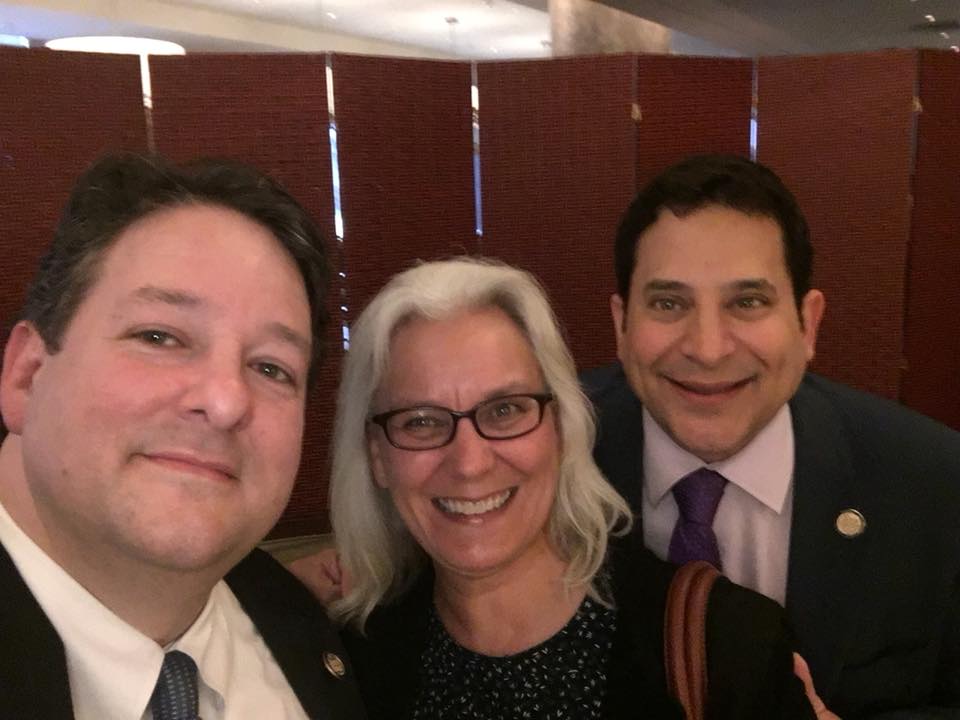 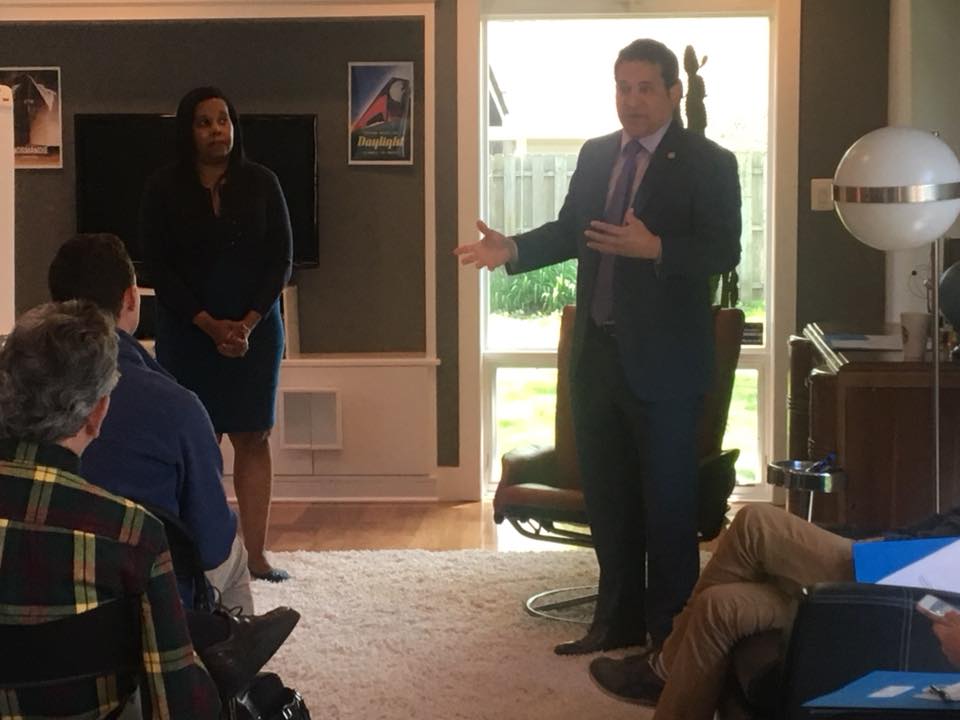 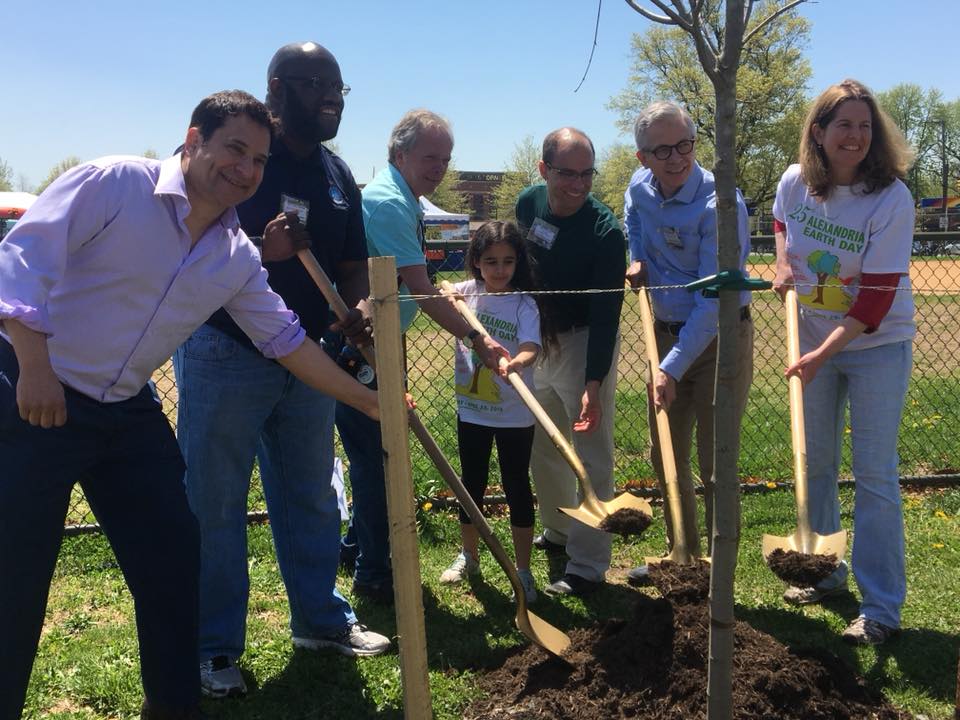 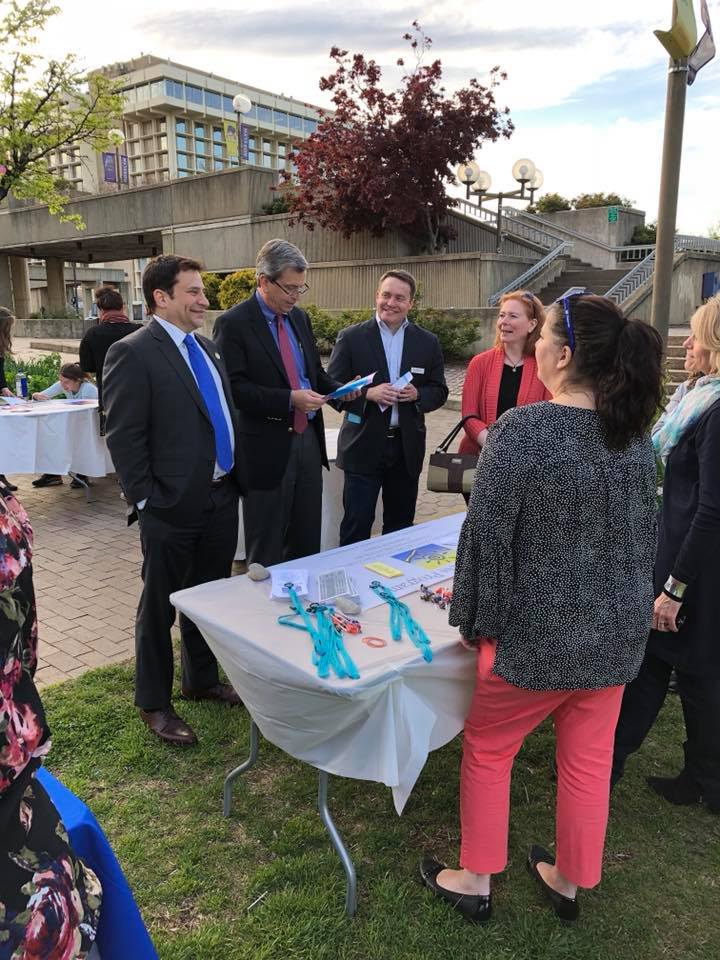 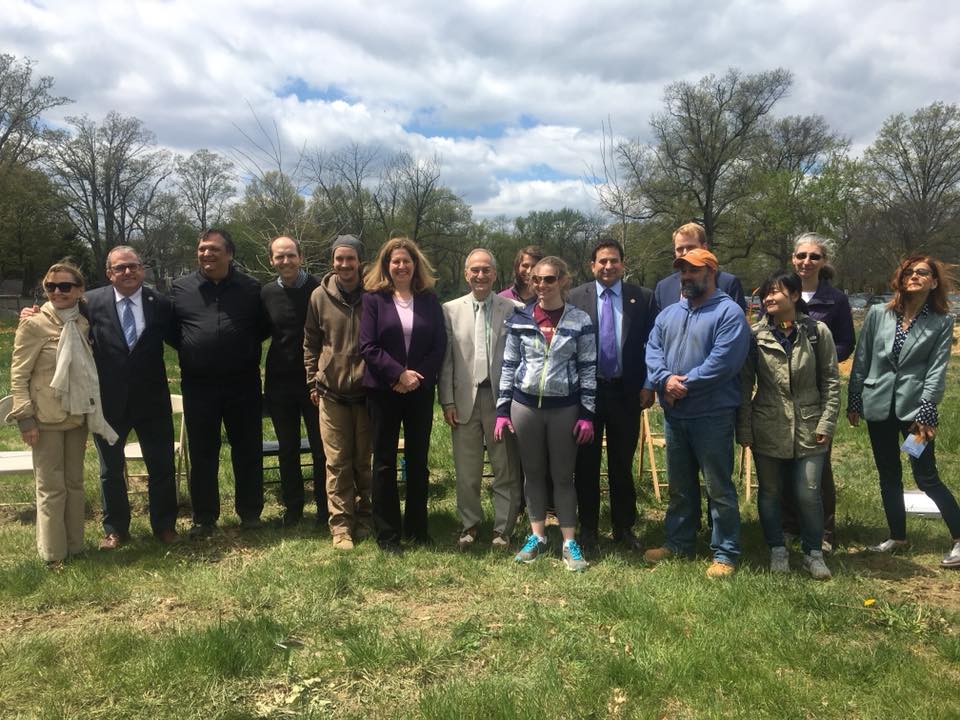 Planting trees to honor the victims off the Virginia Tech shooting.
I posted the video of my remarks on Facebook. 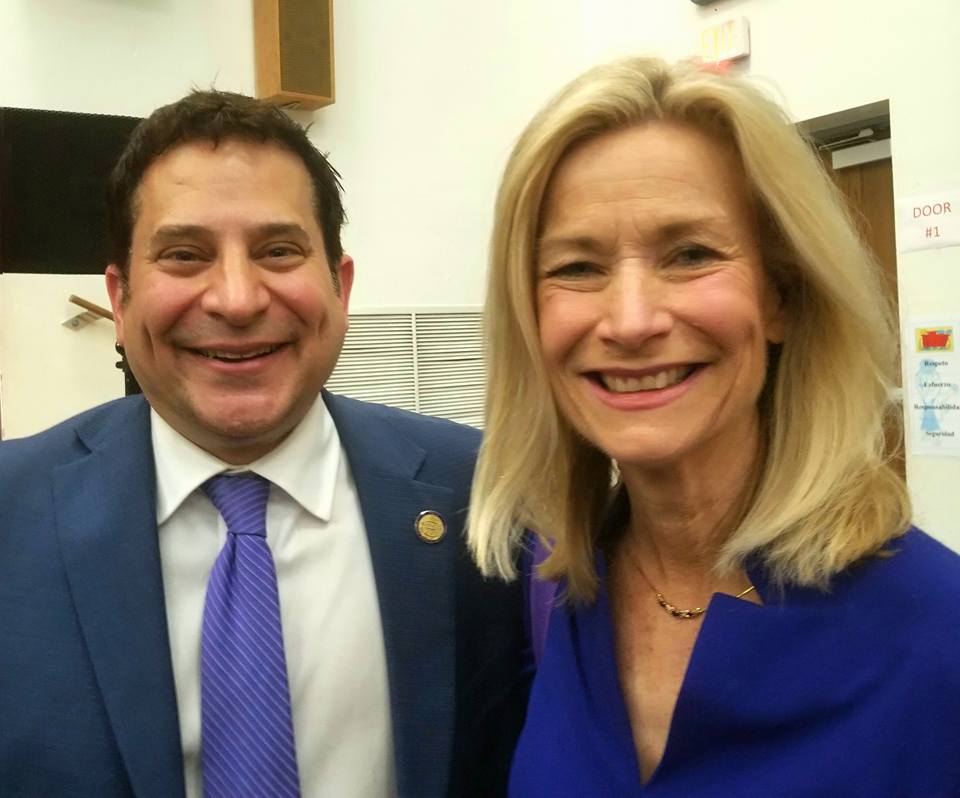 With Moderator Julie Carey of NBC4 for the Alexandria Mayoral Debate 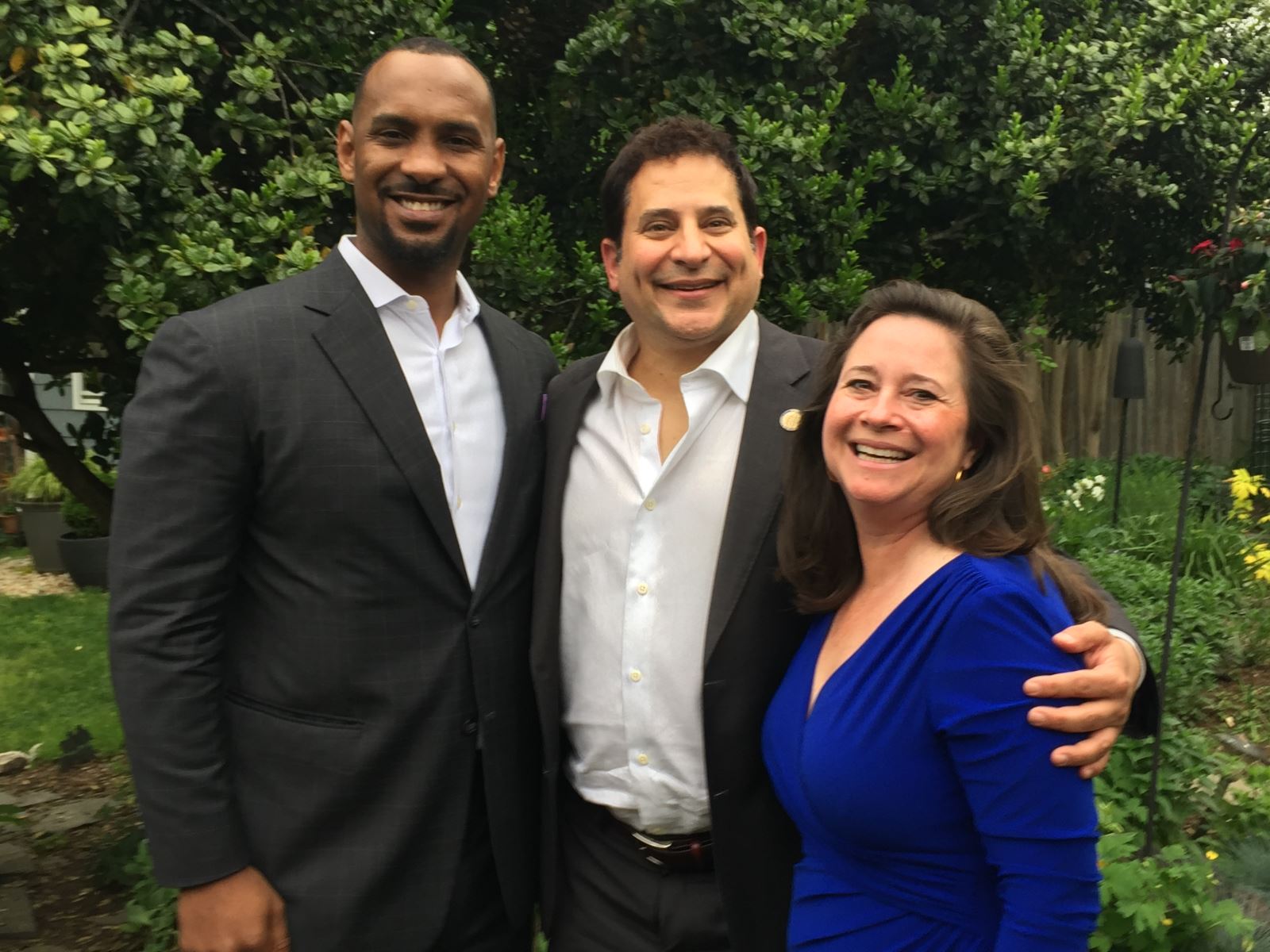 Dining for Delegates with Donte Tanner and Shelly Simonds. 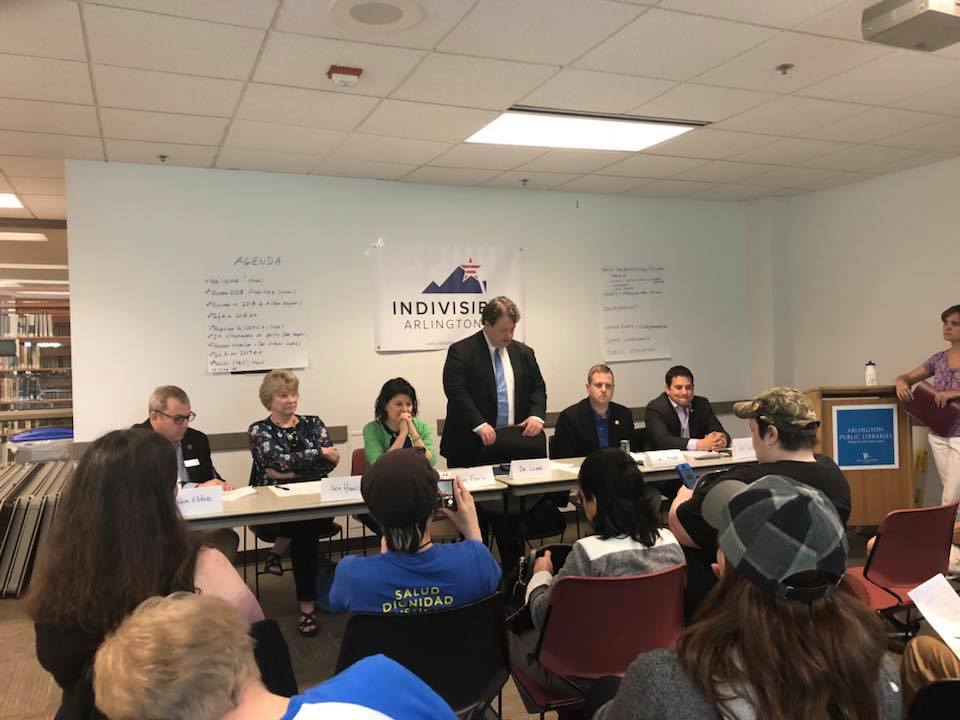 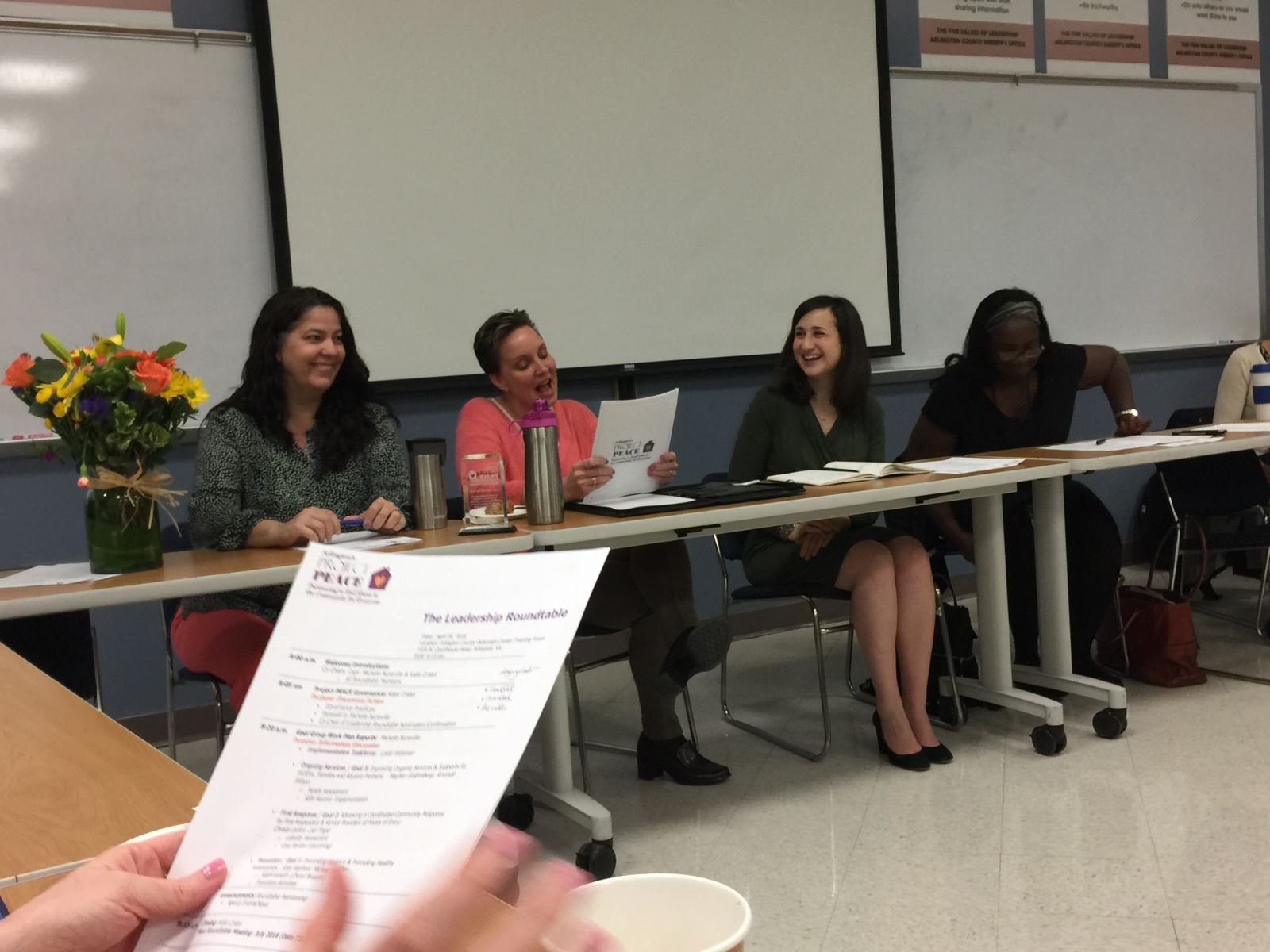 Breakfast Meeting with Project PEACE
(Partnering to End Abuse in the Community for Everyone)
I'm proud to be part of Arlington's community effort to stem the tide of domestic and sexual violence. 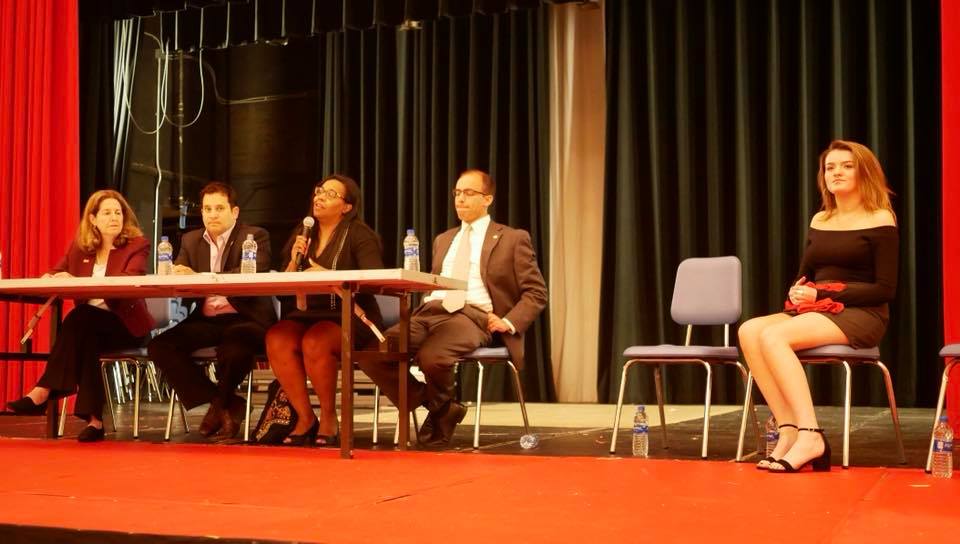