Virginia's Legislature Will Tackle Gerrymandering In The New Year
NPR-WAMU 88.5

As Thanksgiving approaches, I am thinking about all the reasons I have to give thanks. I am grateful for you -- the 45th District voters who trust me to represent my constituents' values in Richmond -- and the others outside the District who receive this newsletter and want to keep informed about what I do and try to do. 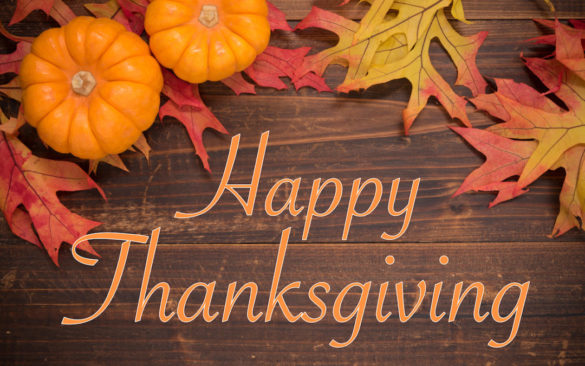 So before diving into the newsletter, I simply want to say, from the bottom of my heart:

A Primer on Gerrymandering 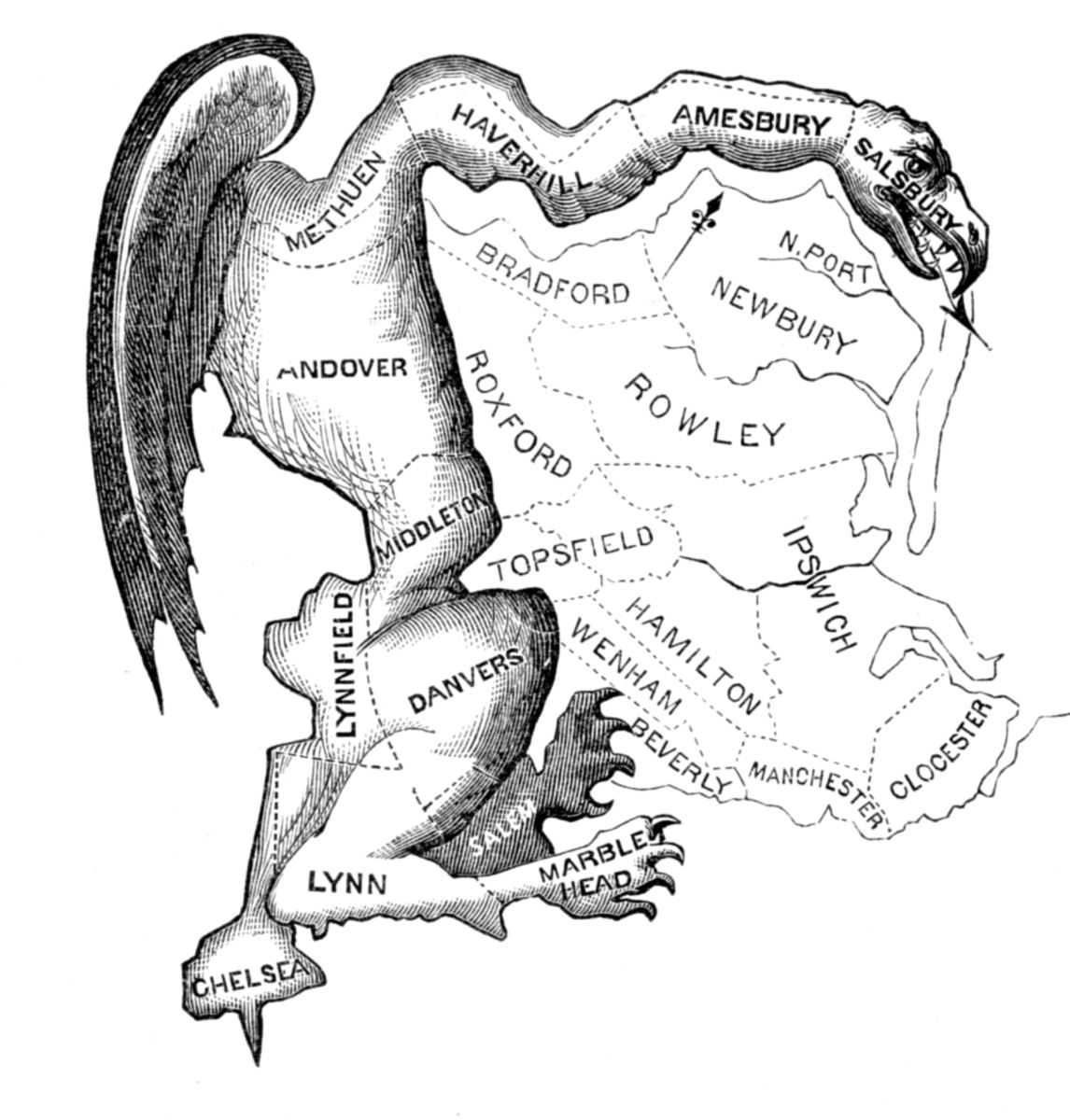 Today's newsletter is a relatively normal one. I show you how I saved you some money on your utility bills, and I welcome a new House Clerk. I give you some information on a temporary closure of the Alexandria DMV, and I express my support for higher airport-worker pay. And, as always, there are news articles and photos in the community.

But if you have to skip today's newsletter, I want to especially encourage you to open your email tomorrow.

Tomorrow, before you go shopping for Black Friday, I invite you to read -- or at least save -- my primer on Gerrymandering 101 and why I oppose the proposal to amend Virginia's Constitution, which, I believe, will make gerrymandering much, much worse.

My argument in a nutshell:

The people should be able to choose their representatives. We should not have district lines drawn by the Virginia Supreme Court -- an unelected, unrepresentative body chosen entirely by the illegally-gerrymandered Republican General Assembly.

By putting Republican control of our district lines in the Virginia Constitution, I fear we could have a situation where the judges -- not the people -- choose the legislators,

Because this dangerous proposal would be put in the Virginia Constitution,
We the People of Virginia would become powerless to ever reclaim our Government:

Once amended in this fashion, the Virginia Constitution could never be unamended, because amendment requires legislative action.

It's a scary and very dangerous proposition.

I know what some of you are thinking:

-- "What about the Citizen's Commission that's supposed to draw the lines?"

-- "I thought the amendment was designed to prevent gerrymandering. Not make it worse..."

All very important thoughts. Which is why you will not want to miss tomorrow's newsletter, which will discuss the issue in exhaustive detail. But If you really can't wait, you can just click on the Blue Virginia news article in the upper left or click below and watch the first twelve minutes as I explain the problem in some detail. 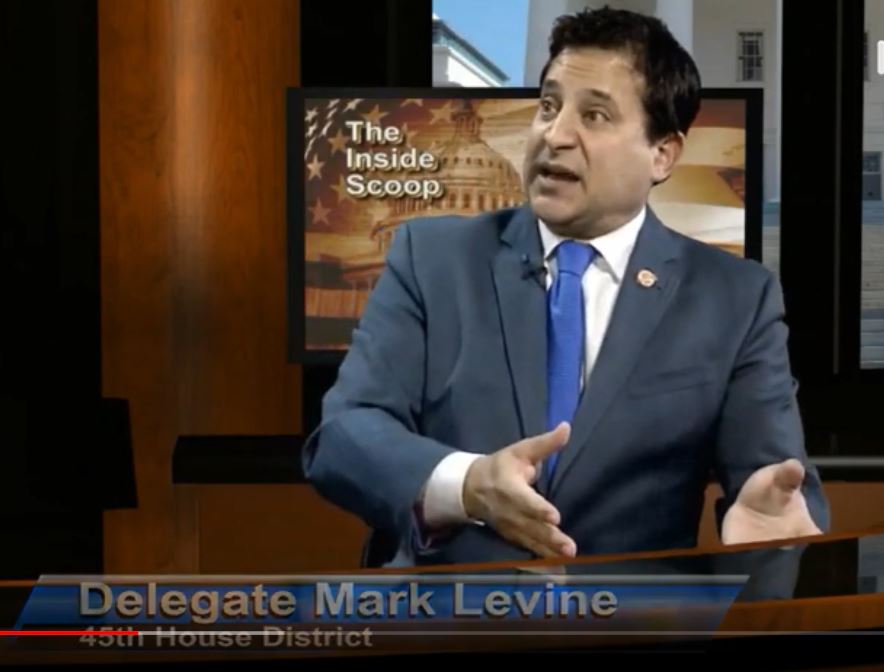 I will lay out the argument in full tomorrow, along with a primer on everything you have ever wanted to know about gerrymandering.

I also encourage you to attend a debate I'll be having with Brian Cannon, Executive Director of OneVirginia2021, on December 11, where we will have an in-depth discussion of the pros and cons of the constitutional amendment.

I refuse to quietly accept baking an unrepresentative
Republican majority into the Virginia Constitution forevermore.

In a victory for Virginians, the State Corporation Commission (SCC) just denied Dominion Energy's request to increase its profit rate to 10.75% and cost ratepayers an extra $147 million in the process. 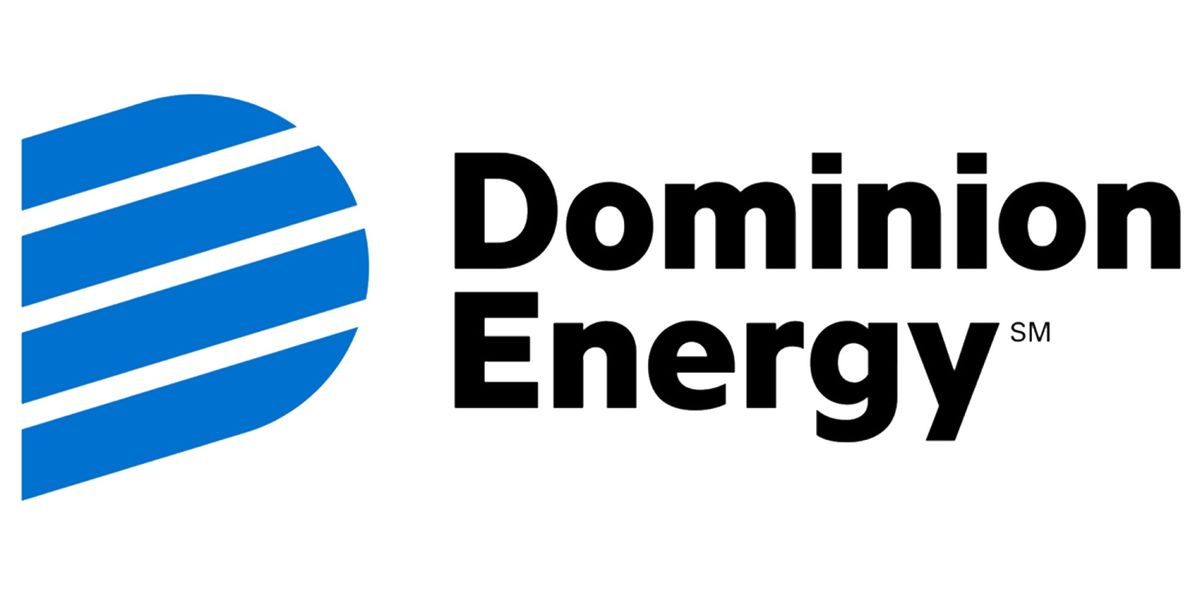 The SCC chose to maintain Dominion Energy’s current 9.2% rate of return on equity, which they found “consistent with the public interest” and “reasonably balances the interests of [Dominion], its customers, and its investors.” The Office of the Attorney General’s Division of Consumer Counsel had proposed an ROE of 8.75%.

Read our letter by clicking here. 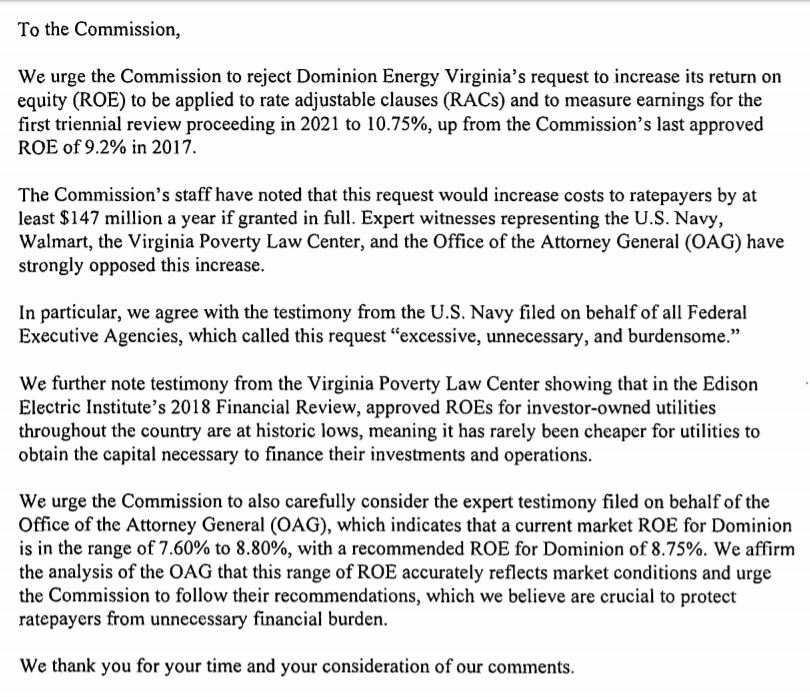 As a state-regulated utility, it is part of my job to hold Dominion accountable and make sure they do not overcharge the people of Virginia.

The Next Clerk of the House: Suzette Denslow 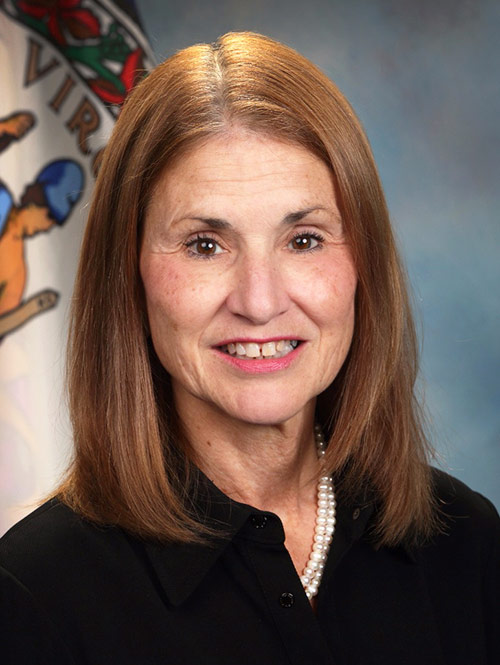 Our House Speaker-designee Eileen Filler-Corn has nominated Suzette Denslow to be the next Clerk of the House and Keeper of the Rolls of the Commonwealth. The Clerk is charged with making sure the House operates effectively and efficiently.

Ms. Denslow currently serves as Deputy Chief of Staff to Governor Ralph Northam and has extensive experience in Virginia government, having served in the Administrations of Governors Doug Wilder, Terry McAuliffe, Mark Warner and Tim Kaine. She also worked for the General Assembly’s Joint Legislative Audit and Review Commission and served as Chief of Staff to Richmond Mayor Dwight Jones.

Suzette Denslow will succeed G. Paul Nardo, who has been House Clerk since 2011. Mr. Nardo was formerly Chief of Staff to Republican Speaker Howell and Speechwriter for former Republican Virginia Governor George Allen. But despite this partisan background, Paul was personally attentive to all of us, whether Republican or Democrat, as a House Clerk should be.

Suzette is expected to be elected by the full House of Delegates when we are sworn in on January 8, 2020. She will be the first woman in Virginia history to hold the post, although the Senate has had a female clerk, Susan Clarke Schaar, since 1990. 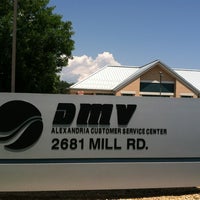 The DMV’s Alexandria Customer Service Center (CSC), located at 2681 Mill Road, will temporarily close for an interior renovation after the close of business on Wednesday, December 11, 2019. It is expected to reopen to the public Monday, January 13, 2020.

Customers are encouraged to conduct transactions online at dmvNOW.com or visit a DMV Select, mobile office, or another CSC. With Mill Road temporarily closed, the closest open DMVs to the 45th District are 4150 S Four Mile Run Drive in Arlington and 6306 Grovedale Drive in Alexandria (Fairfax County).

Staff from the Alexandria office will work in nearby CSCs during the closure to offset increased customer traffic. 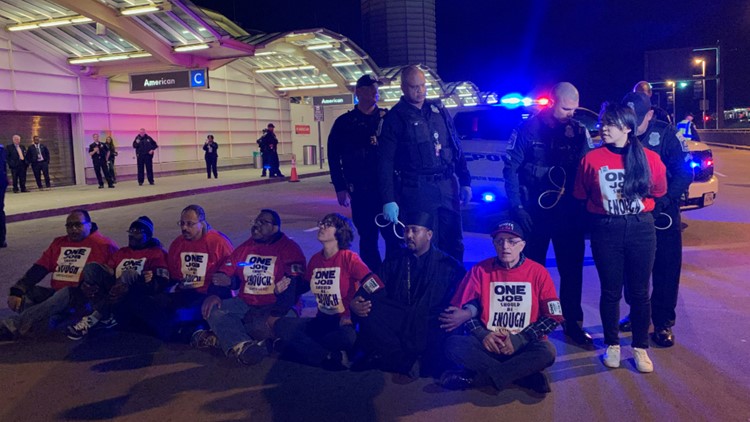 The Metropolitan Washington Airport Authority is the authority that oversees the management, operation, and capital development of our area's two main airports: Dulles and National. There is currently a raise slated for January 1, 2020 that would raise wages to $12.75 an hour, but I believe, given the cost of living in Northern Virginia, that airport workers need higher wages to afford living here. So I recently joined 13 of my General Assembly colleagues in writing Jack Potter, the CEO of MWAA, to say that all airport workers should receive an hourly wage of at least $15 by 2023.

Read our letter by clicking here. 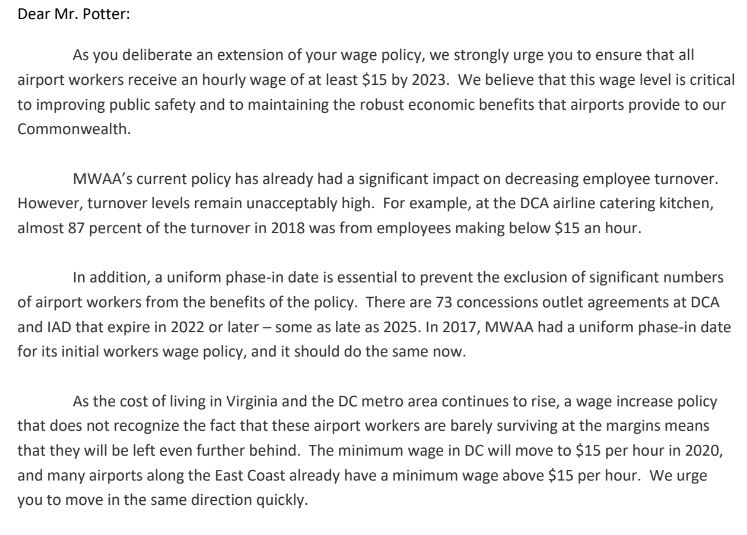 Regardless of whether or not MWAA raises the minimum wage for their employees to $15 or more by the end of 2023, I believe the Virginia General Assembly may do it for them. I suspect our Democratic majority will pass legislation in just a few months to raise the minimum wage, most likely to $15 per hour and probably phased in over the course of some years. 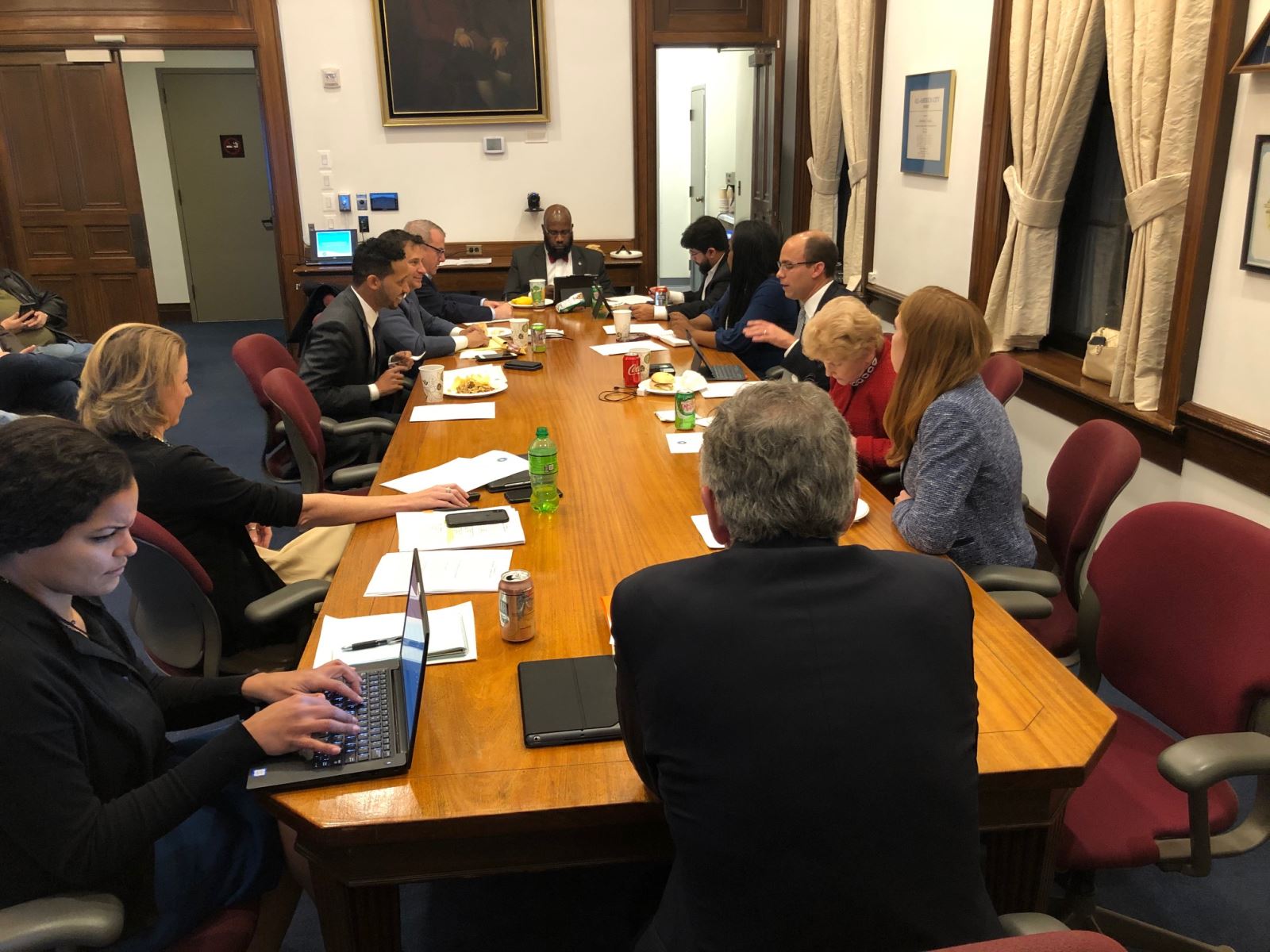 Joint work session with members of the Alexandria City Council
and fellow members of Alexandria's General Assembly Delegation.
(I'm on left, second from the end.) 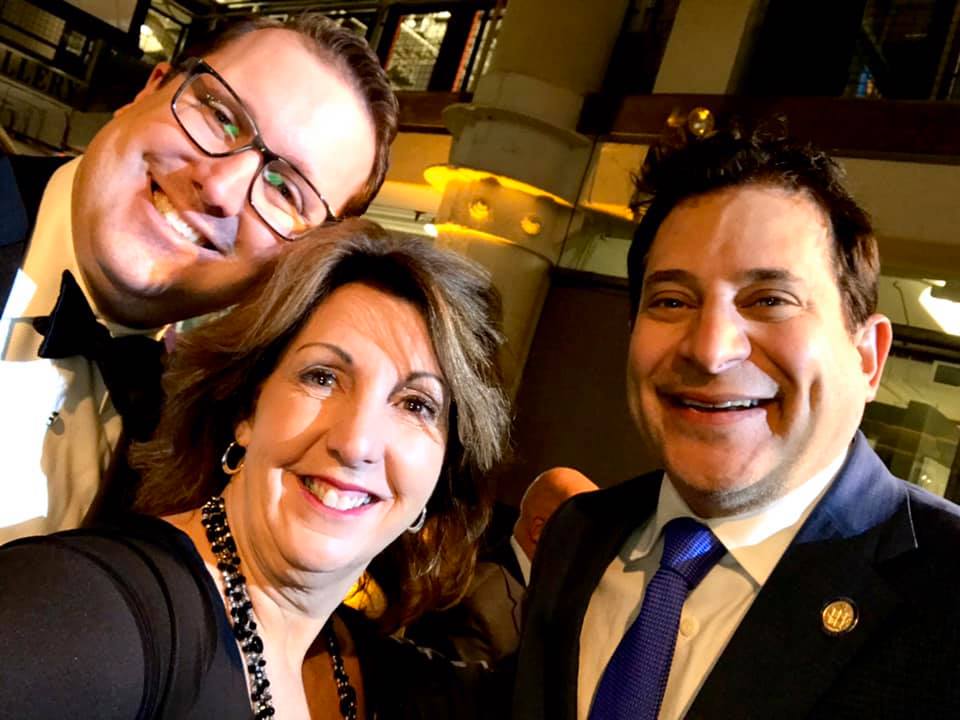 At the 45th Anniversary of the Torpedo Factory Art Center with Brett Johnson,
Director of TFAC, and Alexandria City Council Member Amy Jackson 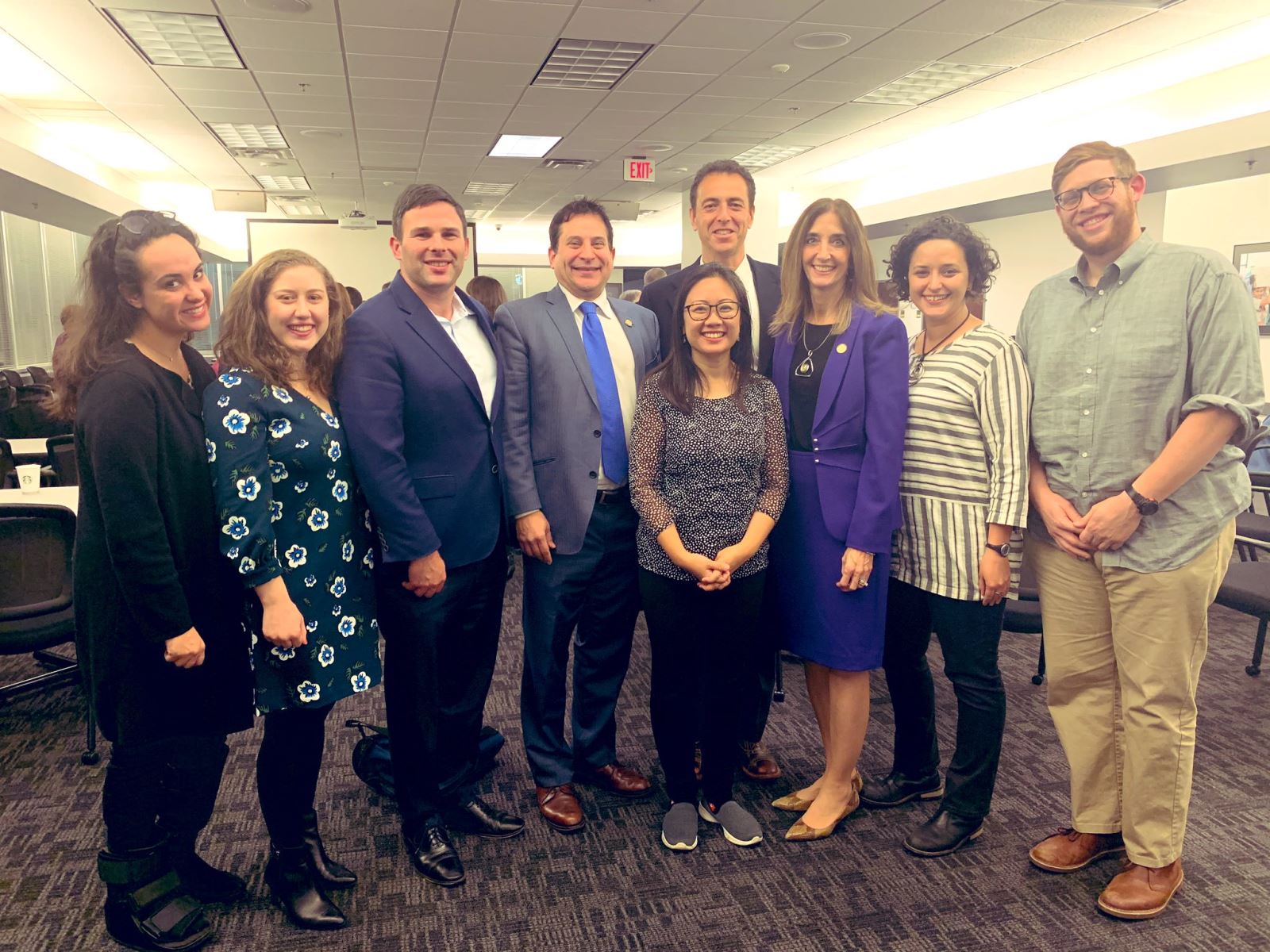 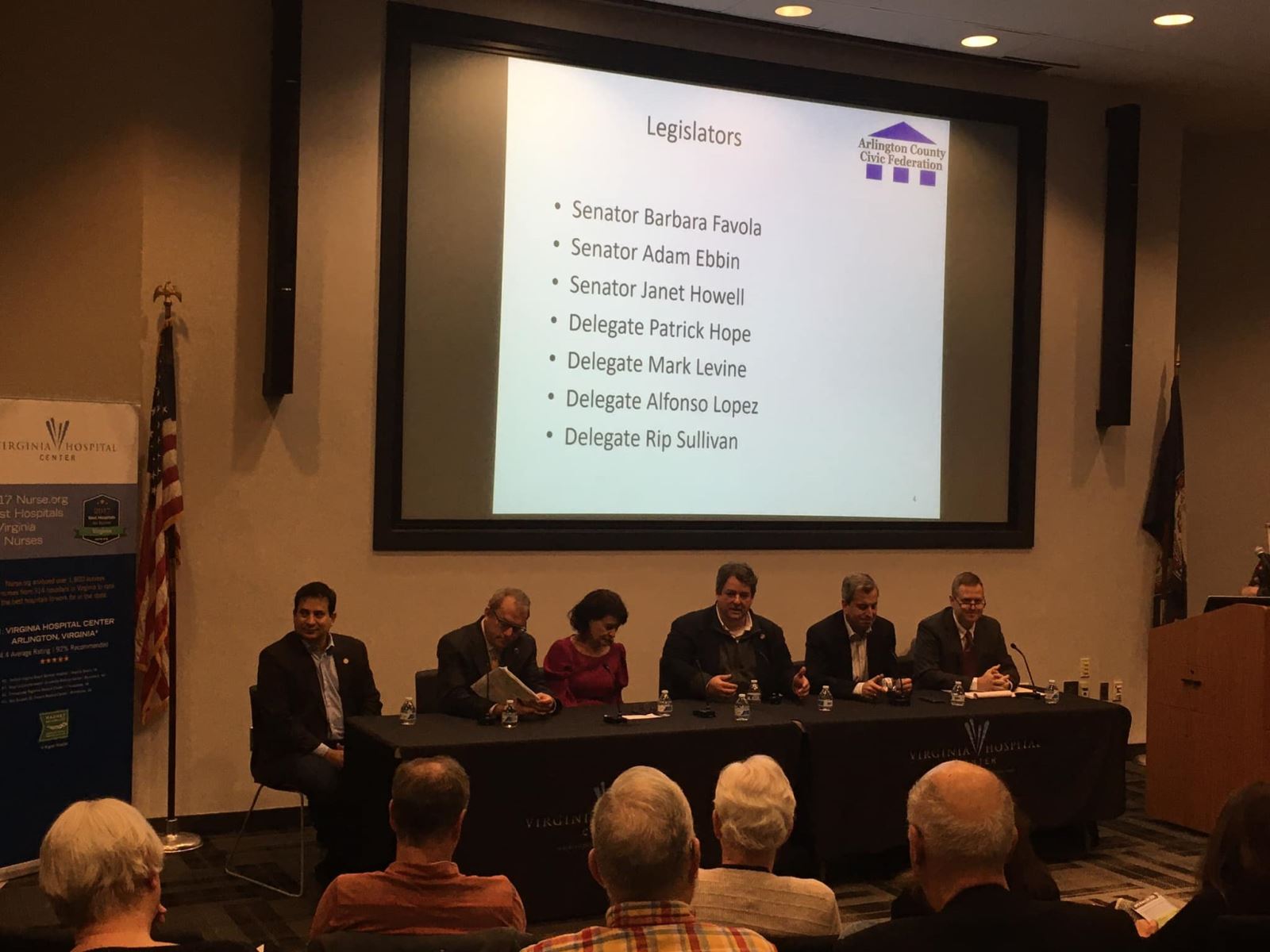 The Arlington Delegation previewing the 2020 session
for members of the Arlington County Civic Federation. 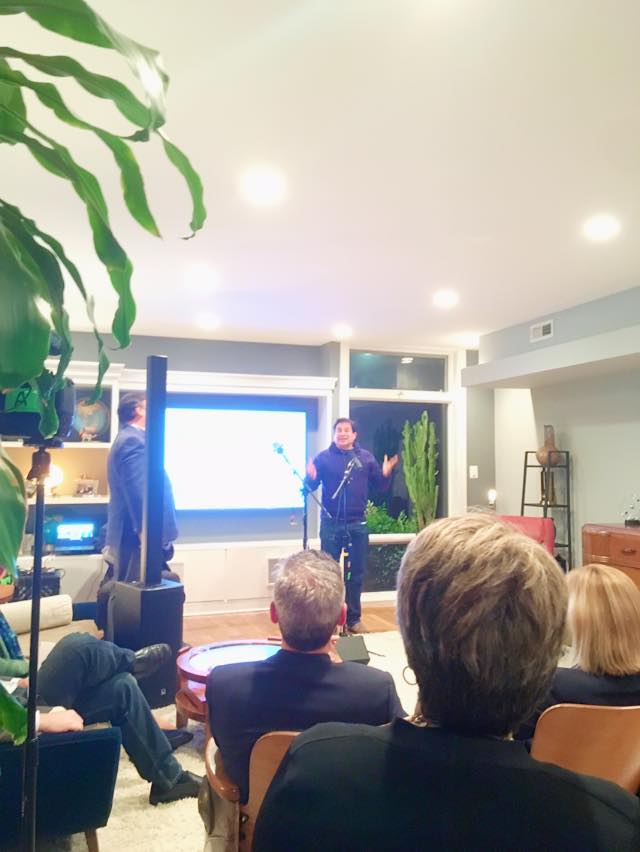 Speaking at the launch of Safer Country, a gun safety advocacy
organization founded by my constituent Paul Friedman. 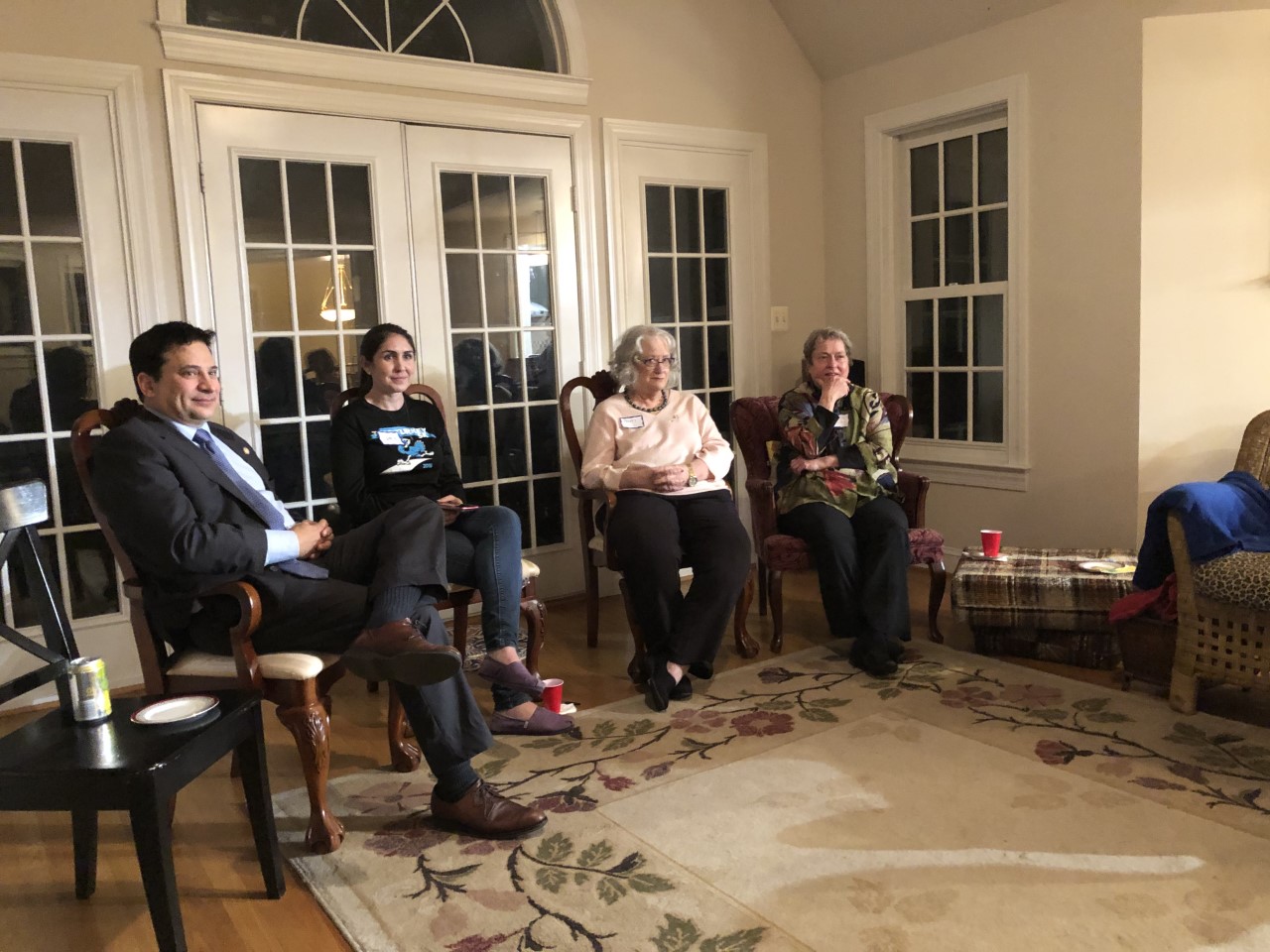 Meeting with constituents in the Arlington Action Group
discussing what's in store for the 2020 session.

AND YOU WON'T WANT TO MISS THESE TWO EVENTS!

Gonna be quite a debate!

And please read my Primer on Gerrymandering tomorrow.