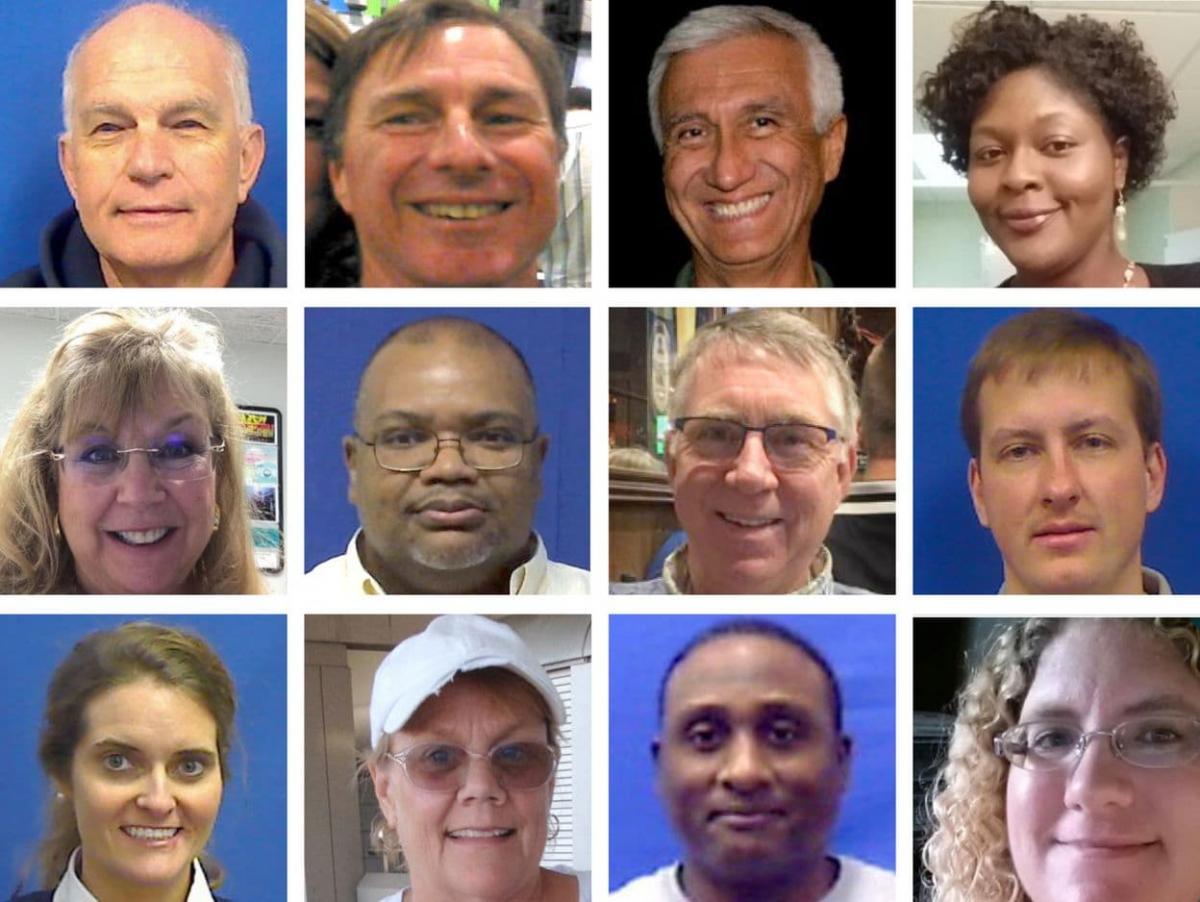 They were young and old, women and men, black and white.

They were at an ordinary day at work.

They were, for the most part,

They were all from the Commonwealth of Virginia.

They were in a "hard target,"

The day they were gunned down.

The killer, like most other mass killers, used a semiautomatic gun for his massacre.

The killer, like most other mass killers, owned many powerful guns with extended magazines and silencers.

The killer, like virtually all mass killers, was a man between the ages of 20 and 50.

I don't care what his grievance was.

Lots of people have serious grievances every day.

I don't care what his mental state was.

Mentally-ill shooters happen to be a tiny minority of killers.

And there are mentally ill people everywhere.

Don't blame it on them.

I don't care whether he was black or white.

I don't care about his immigration status or religion.

Yes, we must be concerned about people who have grievances.

We must care for those who are mentally ill.

But none of that matters in this case.

What matters is that he had a gun.

And like the vast majority of mass shooters and other killers,

He obtained it legally.

Because gun laws are far too lax in Virginia.

Every human society on the planet has disgruntled people.

Every human society on the planet has dangerous people.

An easy way to commit a massacre.

We do that in America.

We do that in Virginia.

And we must stop it.

I know you don't want to hear about it.

When I heard the news,

I did not want to turn on the TV.

I did not want to read about it.

I didn't want to know

What I already knew.

It's a beautiful early summer day.

The sun is shining. Birds are singing.

We must force ourselves.

We must confront the horror,

How long will we hang our head,

And in Alexandria, less than a mile from my home.

I don't have to tell you the meaning of this otherwise random list of places.

You know what I mean.

And this is just mass shootings.

Less than one-half of 1% of all people gunned down in America,

Until we stop it.

Unless we stop it.

If we stop it.

We know how to stop it.

You know how to stop it.

The time is now.

If only it had been yesterday...