How Do You Defeat the Partisan Redistricting Referendum? “1 in 100” Campaigner Talks Underdog Strategy
Blue Virginia

I wanted to be sure you knew about two important developments in the fight to protect Virginians from COVID-19 and the economic crisis created by our federal government's utterly inadequate response to this pandemic: the launch of Virginia's first-in-the-nation COVID Exposure Notifications app, and an extension of the eviction moratorium through September 7.

I have been hard at work preparing for our Special Session starting August 18. As the Chair of the Public Safety Subcommittee, I've been concentrating specifically on law-enforcement reform. I'll share more about what I'm working on for the Special Session in a newsletter next week.

It's free!
NO personal information is used. 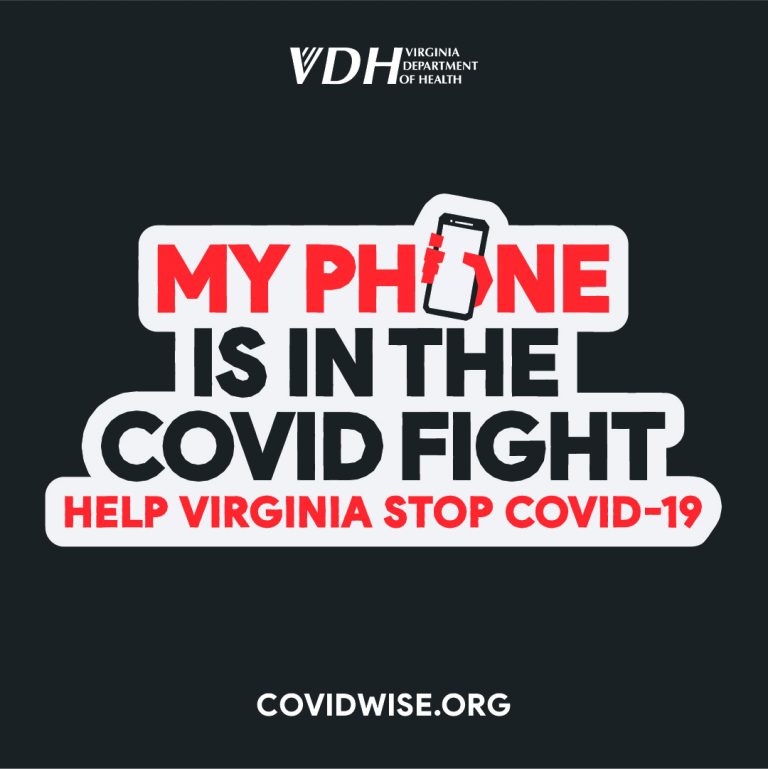 COVIDWISE uses Bluetooth Low Energy (BLE) technology to quickly notify users who have likely been exposed so you can reduce the risk of infection for your friends and family and help Virginia stop the spread.

The more people who use the app, the better it works!

Moratorium on Evictions through September 7

I am pleased that Governor Northam's request for a moratorium was granted, but I am not optimistic that Republicans in Congress and President Trump will step up to do what is necessary to keep people in their homes. Putting poor people who cannot earn a living during this pandemic out in the streets is not only morally wrong, but in and of itself, it would exacerbate the pandemic.

The good thing is, this moratorium gives my General Assembly colleagues time to figure out ways to keep people in their homes. I am hopeful we can enact protections at Special Session as part of the budget to make sure no Virginian is evicted during this crisis.

Richmond Times-Dispatch Prints
My Letter to the Editor on Redistricting

Three simple facts rarely pointed out in the newspaper:

So why would anyone opposed to gerrymandering support it?

I'm pleased to say all three voted overwhelmingly in margins ranging from 77% to 86% to include a NO vote on their Democratic sample ballots this November.

SAY NO TO GERRYMANDERING
SAY NO TO AMENDMENT 1

I recently responded to a Richmond Times-Dispatch that expressed support for the amendment by pointing all the information they failed to convey to voters. (I didn't pick the headline for the letter, which is unfortunately inaccurate. I argue against amending the Virginia Constitution. I'm fine with amending the Virginia Code.)

Although the August 1 RTD editorial claimed it would “end partisan gerrymandering,” precisely the opposite is true. On July 1, Virginia Democrats banned political gerrymandering (HB 1255, Section 24.2-304.04 (8)). So it’s gone now, but the proposal could bring it back.

Why hide the ball? Why not let voters know all the commission’s “citizens” are chosen by legislative party leaders? Why not report the unilateral power the amendment provides to any party leader, along with one legislator of his choice, to discard the advisory commission entirely and throw all its vaunted “transparency” in the dustbin? Don’t take my or the RTD’s word for it. Read the amendment yourself. Note, especially, paragraphs d and g.

When voters realize the measure would allow partisan Republican judges to redraw district lines in complete secrecy without any citizen involvement (or hire someone like Ken Cuccinelli to do it) and they learn it has zero guardrails against political gerrymandering, they won’t fall for misleading push polls that don’t share that critical information. Garbage in; garbage out.

We are going to have our work cut out for us if we want to defeat Amendment 1 and protect the integrity of our Constitution and redistricting process.

The proponents of Amendment 1's campaign are very well funded by big money donors like a Texan Enron multi-billionaire. This is an all-hands-on-deck moment for democracy in Virginia. If you agree with me that we must not enshrine political gerrymandering into Virginia's constitution, please make a contribution to my campaign today. Your donation will help me get the message out to more Virginians who I'm confident -- once they're given an opportunity to truly understand what they're voting on -- will vote our way.

We can do so much better.
Help promote a true independent redistricting commission for 2021.
Let's end gerrymandering once and for all.
Help stop politicians from drawing their own districts by contributing today.