The Democratic Majority promised to pass substantial gun violence prevention legislation, and we have kept our promise! Virginia has passed landmark legislation on everything from closing the gun show loophole for background checks to extreme risk protective orders (so-called "red flag" laws).

This year, I passed more gun violence prevention legislation than anyone else in the General Assembly. My two bills sent to Governor Northam's desk were the Safe Elections Bill (HB2081), which bans guns at polling places and vote counting centers, and the Safe Capitol Bill (HB2295), which bans guns on Capitol grounds, Capitol Square, and in other state government buildings. Both were hotly contested and passed solely on party-line votes. And both bills will need your support to encourage the Governor to sign them or strengthen them, rather than watering them down.

Tonight, please join five of my House colleagues and myself at a forum on firearms legislation in the 2021 legislative session, hosted by the Coalition to Stop Gun Violence and moderated by its State Director Lori Haas.

TONIGHT at 5pm
"Building a Safer Virginia:
A Discussion with House Legislators"
Click Here to Register for this FREE Event 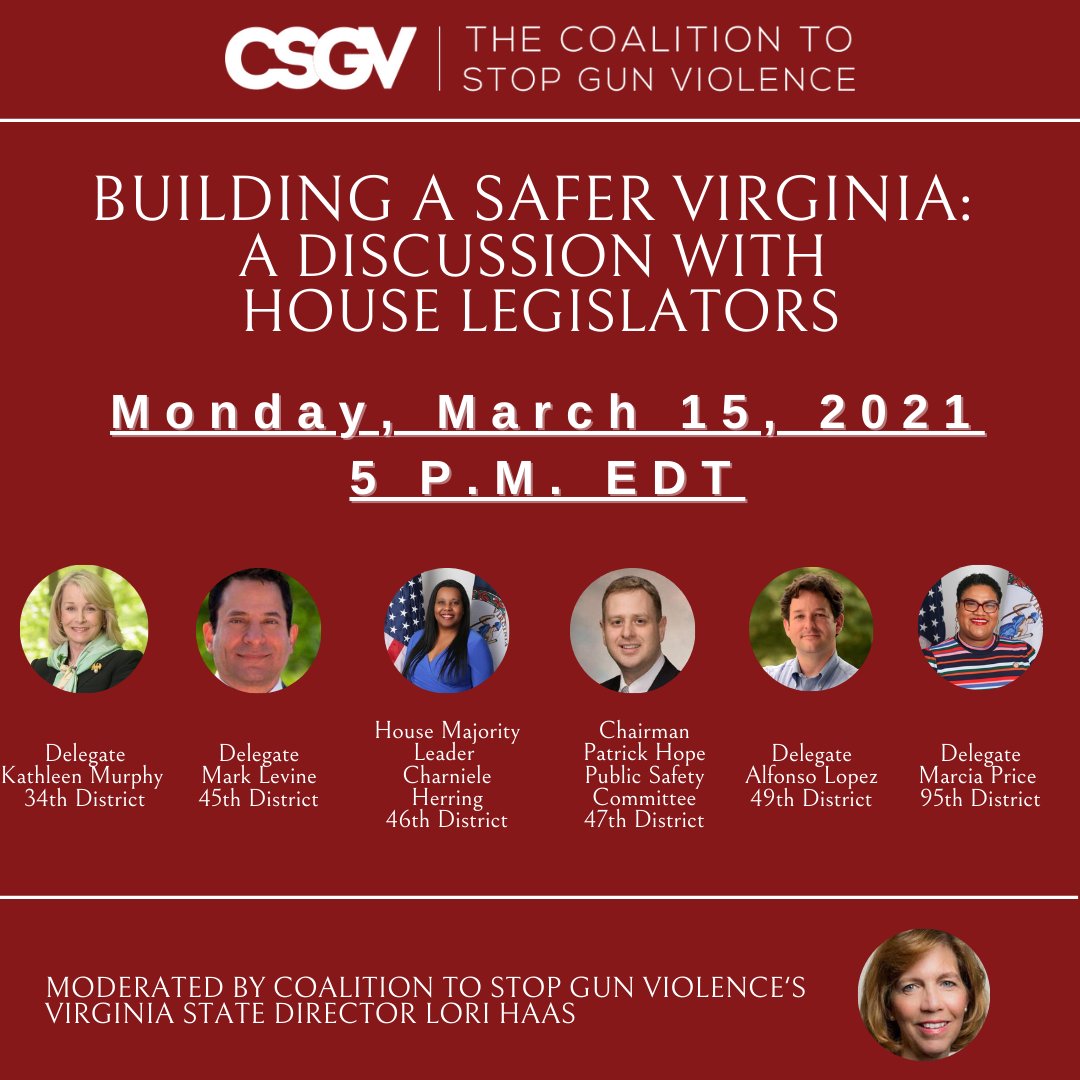 This is a great opportunity to learn (and ask questions) about what progress we made on the issue of preventing gun violence during the 2021 General Assembly legislative session and where we still need to go in the future.

I hope you can make it! 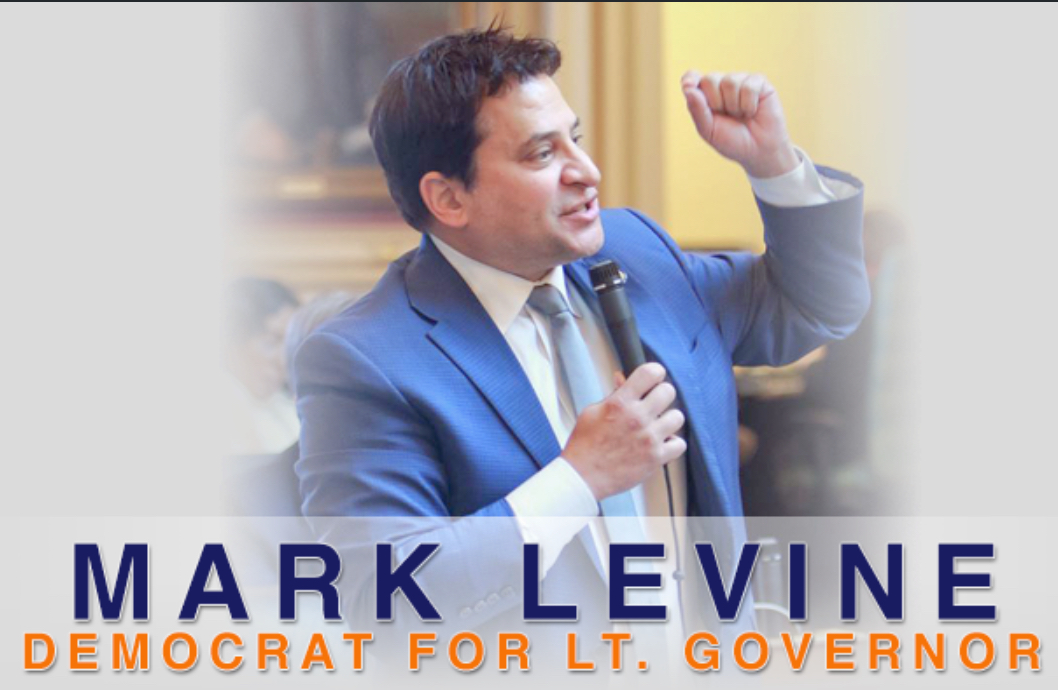 Gun violence prevention will be a signature issue in my Campaign to be Virginia's next (and first full-time!) Lieutenant Governor. Of all the candidates running, no one equals my devotion to this topic.

Even a man who came to my house with a loaded assault weapon could not dissuade me from my job of protecting you. Below is the speech I gave on the House Floor at the time: 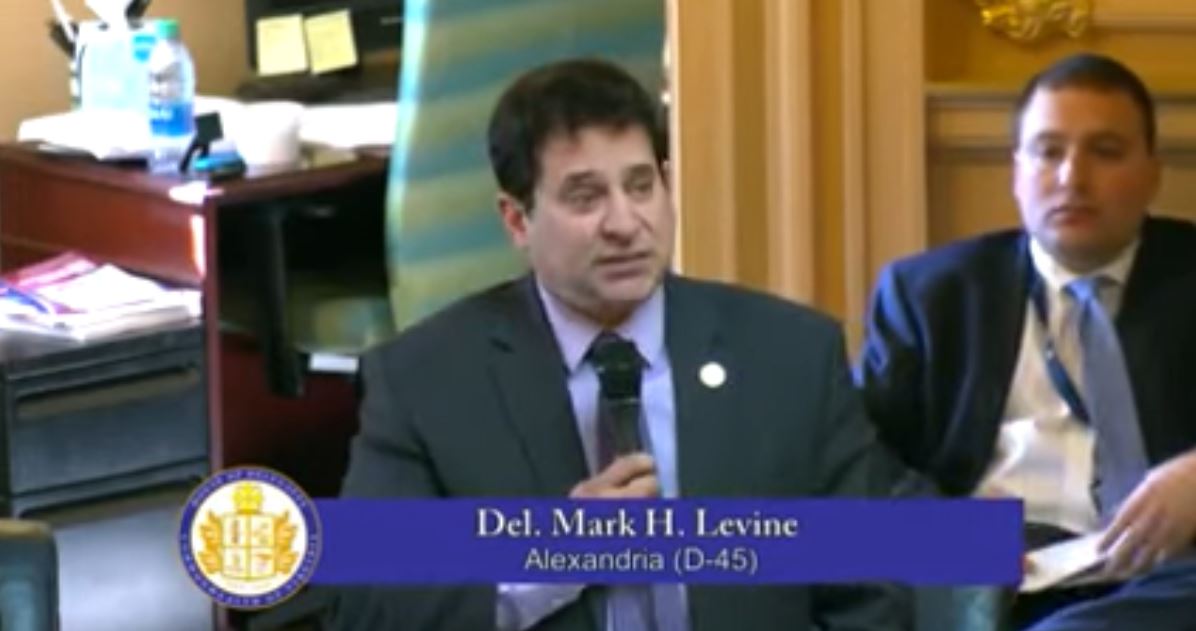 Click to watch my floor speech on the gunman who visited my home.

I've never backed down on this issue. Even though some of my colleagues have been squeamish about supporting very strong gun-violence-protection legislation, I have never hesitated to stand firm, even in the face of withering opposition by the NRA and the Virginia Civil Defense League. Let's face it. I'm their worst nightmare, because I'm determined to get guns out of our state office buildings, out of the public square, and out of election booths. Guns have a place in the hands of sane, responsible people for hunting, target practice, and self-defense. But intimidating lawmakers is never a legitimate use for firearms.

If you care about the issue of preventing gun violence and want to help support our campaign, you can donate here.

Please help one of the leading legislative proponents of measures to reduce gun violence in Virginia take my campaign statewide by making a donation today to Levine for Virginia of $50, $100, or $250. Just click here to donate.