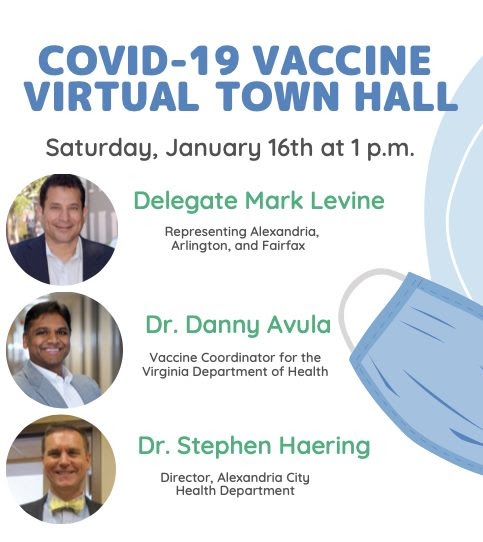 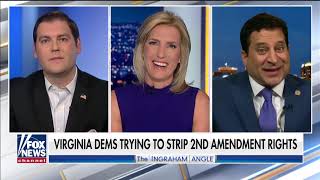 The Ingraham Angle: Levine & Roberge On Prevention of Gun Violence 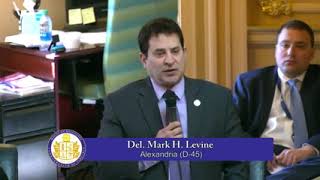 A man with a gun stood outside my home... 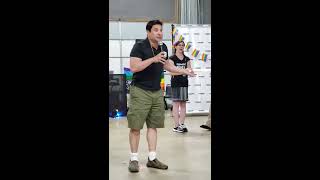 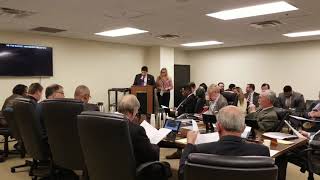 The 2021 will be about halfway through at this point. Come discuss what the future holds via Zoom.

No doubt Amendment 1 is convoluted and complicated. It was designed to be. When those who want to gerrymander Virginia are deceptively couching such an effort as "reform", things get pretty complicated. If Republicans use Amendment 1 to re-gerrymander Virginia back in their favor in 2021, Democrats will not have power to amend it again. Republicans could then lock themselves into permanent gerrymandered power the way they have in Wisconsin, Florida, Michigan, Ohio, North Carolina, etc.  But they would have an advantage in Virginia. Because, unlike those other states, the Virginia Legislature appoints the Virginia Supreme Court -- and because Amendment excludes the Governor from having any role -- this would be a permanent revolving door of court appoints legislature appoints court appoints legislature. And voters could never stop it, unless we got a massive supermajority (60%? 65%?) to defeat the statewide partisan political gerrymander.

Ruth Bader Ginsburg taught men at the highest levels of power – and they were all men in the days she began her crusade – that gender, like race, is a construct. That the differences between men and women had been magnified by culture and centuries of unquestioned belief into ridiculous stereotypes. That gender roles confined women and men into prisons of conformity and put hurdles in the way of our individual pursuits of happiness. That women could be the best lawyers and have the finest legal minds. That men could be the kindest parents and caregivers. That the government had no business forcibly assigning us into designated slots. That we are all human. That those who would forcibly delineate male or female roles for us were as damaging to human freedom as the radical authoritarian states that would choose our professions for us.

The General Assembly's Special Session called by Governor Northam has begun. We are focusing on passing a new budget, COVID-19 relief measures, and police and justice reforms. The House of Delegates has already passed some extremely important bills for COVID relief, protecting Virginians from eviction, and bolstering the safety and fairness of our General Election. The House of Delegates first convened on August 18 in Virginia Commonwealth University's Siegel Center gymnasium, where the high ceilings allowed for good air circulation to prevent the spread of any dangerous particles that might have made it past the masks we were wearing, and the ample space allowed for proper social distancing.

Joe Biden has just picked Kamala Harris as his running mate, and I couldn't be more pleased. A winner of three statewide elections in America's largest state and a smart, tough, effective leader, Harris lives and breathes our country's progressive values. I'm confident she will give Biden good advice in the Oval Office and be an effective President, if necessary, in the event of tragedy.

I wanted to be sure you knew about two important developments in the fight to protect Virginians from COVID-19 and the economic crisis created by our federal government's utterly inadequate response to this pandemic: the launch of Virginia's first-in-the-nation COVID Exposure Notifications app, and an extension of the eviction moratorium through September 7. I have been hard at work preparing for our Special Session starting August 18. As the Chair of the Public Safety Subcommittee, I've been concentrating specifically on law-enforcement reform. I'll share more about what I'm working on for the Special Session in a newsletter next week.

I will be hosting Mark's Monthly Meetup virtually today, Sunday, July 26, from 1-3 pm, live via Zoom. As always, we'll be discussing whatever issues are important to you. This will be my last monthly meetup before the start of our Special Session on August 18. We will tackle a new budget, our COVID-19 response, and criminal justice and police reform. So it's a great time to discuss these issues.

At the Crossroads: Lawmakers to slash the state budget and consider criminal-justice reforms.
Vienna Connection

Del. Mark Levine on Murder of Karla Elizabeth Dominguez Gonzalez: “People like this alleged rapist and killer must remain behind bars”
Blue Virginia